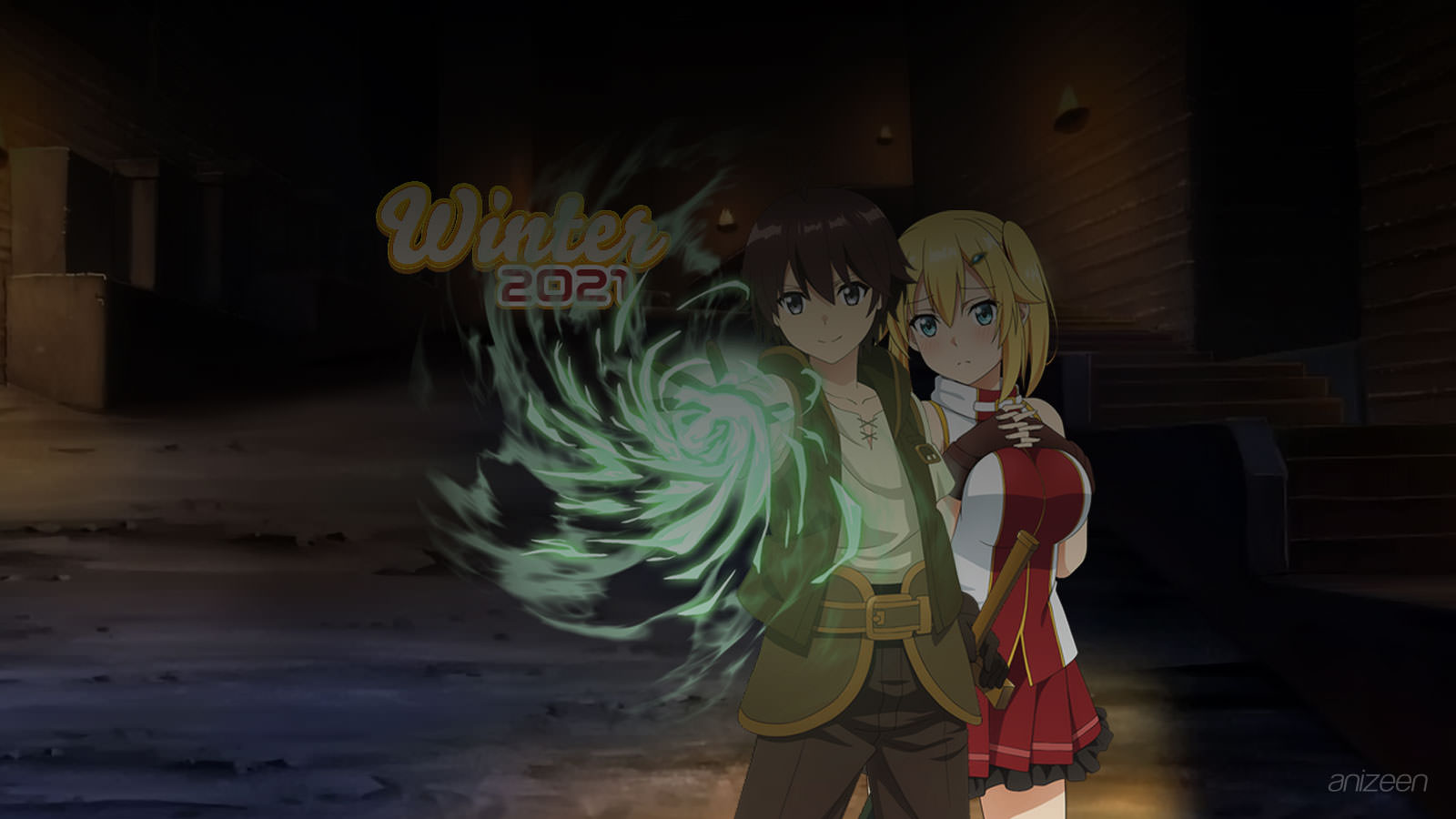 As the year comes to an end, it is hard to look back and remember those who left us because of the pandemic. Once we get the vaccine, the world should return to be the same? You think we have learnt something?

2021 will not be easier, the new normality will stand all year long as the vaccine is rolled out to each and every country in the world, and there is no guarantee that a new virus or disease will come in the next years, that is life.

Fortunately for us, we can turn our mind away from this and enjoy the Winter Anime Season 2021, that includes a fair amount of new series to follow.

One day, Sorao experienced a life-threatening experience. In Ura Sekai Picnic, she meets Toriko in the “other side” and her life changes forever. Now, after such experience, both girls have decided to face the abnormal and dangerous creatures to gain experience, make some money and find an important person.

I a different world, we meet Lloyd, a teenager from a distant town in the most dangerous region of the world. In Tatoeba Last Dungeon Mae no Mura no Shounen ga Joban no Machi de Kurasu Youna Monogatari, he dreams on becoming a soldier in the capital, however, everyone in his town thinks he is too weak to accomplish his dream. However, outside his town, he seems to be quite above standards.

Then we bump into a big question, have you ever wondered what makes an animal or creature special? In Tenchi Souzou Design Bu, we meet an interesting design team, and all of them have to recreate the ideas of a demanding client: God. In other words, they would be responsible for every animal standing on Earth throughout history.

After, we meet Fumiya, one of the best gamers in Japan. In Jaku-chara Tomozaki-kun, he thinks the game of real life has a terrible design. It has no balance, does not follow strict rules and nothing can guarantee your success. Fortunately for him, Aoi, one of his classmates, great student and also a gamer will guide him in real life, and teach him that this game can also be amazing.

In another world, the clash between heroes and demons end up in an explosion that crosses over worlds and destroys a classroom full of high school students. In Kumo Desu ga, Nanika?, Kumo -the lowest standing in the class- is reincarnated into a spider in the other world. Determined to survive, she faces the challenge and adapts surprisingly quickly.

Meanwhile, Noir is the son of a minor noble, he is not rich and has lost his chance to find a job, however, he owns a rare ability, and is able to consult with a great sage about his future. In Ore dake Haireru Kakushi Dungeon, with a big headache, he is sent to train into a secret dungeon filled with rare beasts and magical items to change his fate.

Now, as long as hearts exist, there will always be those who suffer, and a mysterious disease is spreading. In Kai Byoui Ramune, Ramune is a foul-mouthed doctor, and alongside his apprentice Kuro, they fight the disease that modern medicine cannot cure.

In 2014, Akira showed a phobia of electrical devices, on day he decided to change his life, however, he suddenly dies in an accident. In Ex-Arm, 16 years later a special policewoman and her android partner retrieve and activate an advanced AI and superweapon called EX-ARM, but it turns out that it is just Akira’s brain.

In the meantime, after being evicted, a 34-year-old “neet” thinks it is time to grow, unfortunately for him, as he tries to help some teenagers, he gets run over by a truck. In Mushoku Tensei: Isekai Ittara Honki Dasu, he reincarnates in a world where magic is common, and decides to become a successful citizen in his new life, and thanks to his genetics, it seems he will become highly skilled at magic.

Finally, one day, Yuri finds herself lost in an “abnormal space” where countless skyscrapers are connected by suspension bridges and “masked figures” mercilessly kill their confused victims. In Tenkuu Shinpan, to survive she has two choices: kill the masked figures or be killed, and she is determined to survive.

Wishing you and yours health and prosperity in 2021!