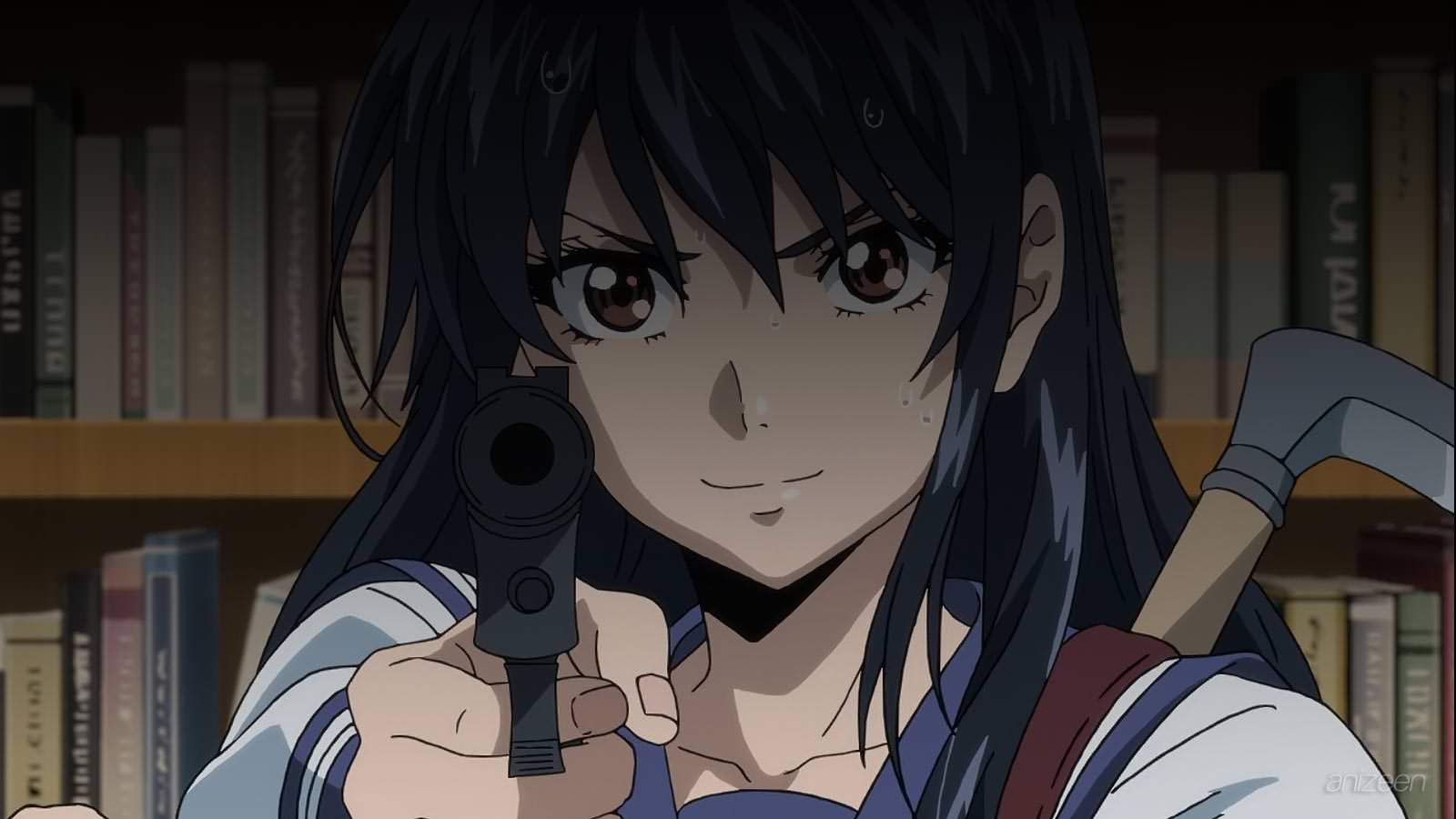 Yuru is a simple high school student, one day, without knowing how, she is transported to the top of a building, scared, she tries to communicate with her parents, but has no results.

When she dials her brother, he tells her that they are in a strange parallel world, and that they will not be able to leave it unless they fulfill a mission… survive.

Suddenly, at the distance, Yuru sees a masked man chasing an injured woman, Yuru can listen her scream in despair, meanwhile, as the masked man corners her at the top of the building, she is force to make a drastic decision, face him or jump into the void.

Yuru is in shock, and although her brother tries to calm her down, it is impossible, even more once another masked man appears, and he is behind her, ready to assault her.

Scared, Yuru tries to run away from him and decides to cross a suspension bridge to flee to another building, when all seems lost, a couple of police officers appear and assist her, but her tranquility does not last long, since one of them turns out crazy and tries to abuse her.

After a confrontation, the man loses his life, thus, Yuru understands what her brother was referring to and decides to find a way to survive.

She immediately runs into another masked person, a woman who does not hesitate to attack her with the intention of hurting her, and perhaps killing her. In a fortuitous way, Yuru is able to defend herself against her, and when the mask is broken, she sees that behind is a person asking for help.

Someone seems to be controlling them, and Yuru cannot tolerate such cruelty, if she gets the chance, she will do something about it, meanwhile, after she sees a helicopter fly towards another building, she decides her way, only to run into Mayuko, another high school student who has become a killer without remorse.