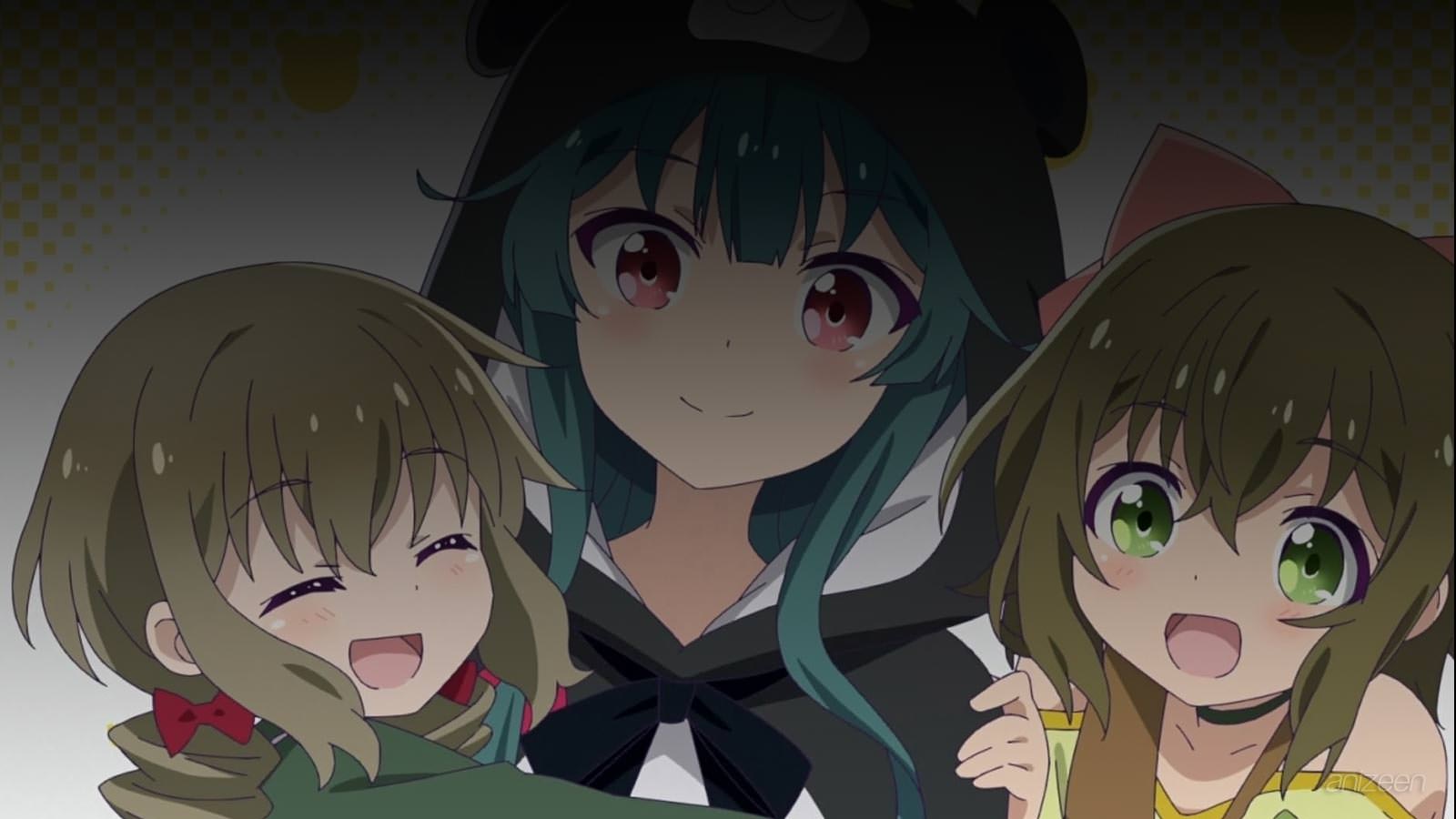 Yuna is a 15-year-old girl, and for a few years she has stopped going to school, all thanks to her instincts, she has been able to invest in the stock market and today she has more than enough money.

Practically, she lives on her own, while her parents travel the world with the money that she has supplied to them for that purpose.

Now, she spends most of her time playing World Fantasy Online, where her character has the peculiarity of being dressed in a bear costume.

If it were up to her, she would live in that world, one day, a young man arrives asking for help from the adventurers in town, however, the task seems too difficult for those present.

Despite this, Yuna does not hesitate to approach and decides to go to the town of the boy, Kai, who has been attacked by a huge snake and is devouring the inhabitants of it.

At first glance, Yuna does not seem skilled, and she is usually treated like a girl, but once she summons Kumayuru and Kumakyuu, a pair of immense bears, the young man changes his mind.

Once in Kai’s village, his father is distraught and like everyone else, he can’t believe Yuna can help them at all.

As usual, she remains calm, confident she can do something for them, after all, her unusual power rivals with the best, even if she does not seem like it.

In the end, Yuna has no problem finishing the monster, and when she shows the body, those in town cannot find words to thank her for her help.

Back in her town, Crimonia, the guild members were preparing to leave and head to Kai’s town, but once Yuna shows them the snake, the adventurers cannot believe that the young woman in the bear costume has so many hidden powers.

Kuma Kuma Kuma Bear
(くま クマ 熊 ベアー)
A light novel series written by Kumanano and illustrated by 029, it began serialization online in 2014 on Shousetsuka ni Narpu. It was acquired by Shufu to Seikatsu Sha in 2015. A manga adaptation with art by Sergei has been serialized online since 2018. An anime adaptation by EMT Squared began airing on October 7, 2020. A second season is on the works.
OP
1. “Itsuka no Kioku” ~ Azumi Waki
ED
1. “Ano ne” ~ Maki Kawase
WEB