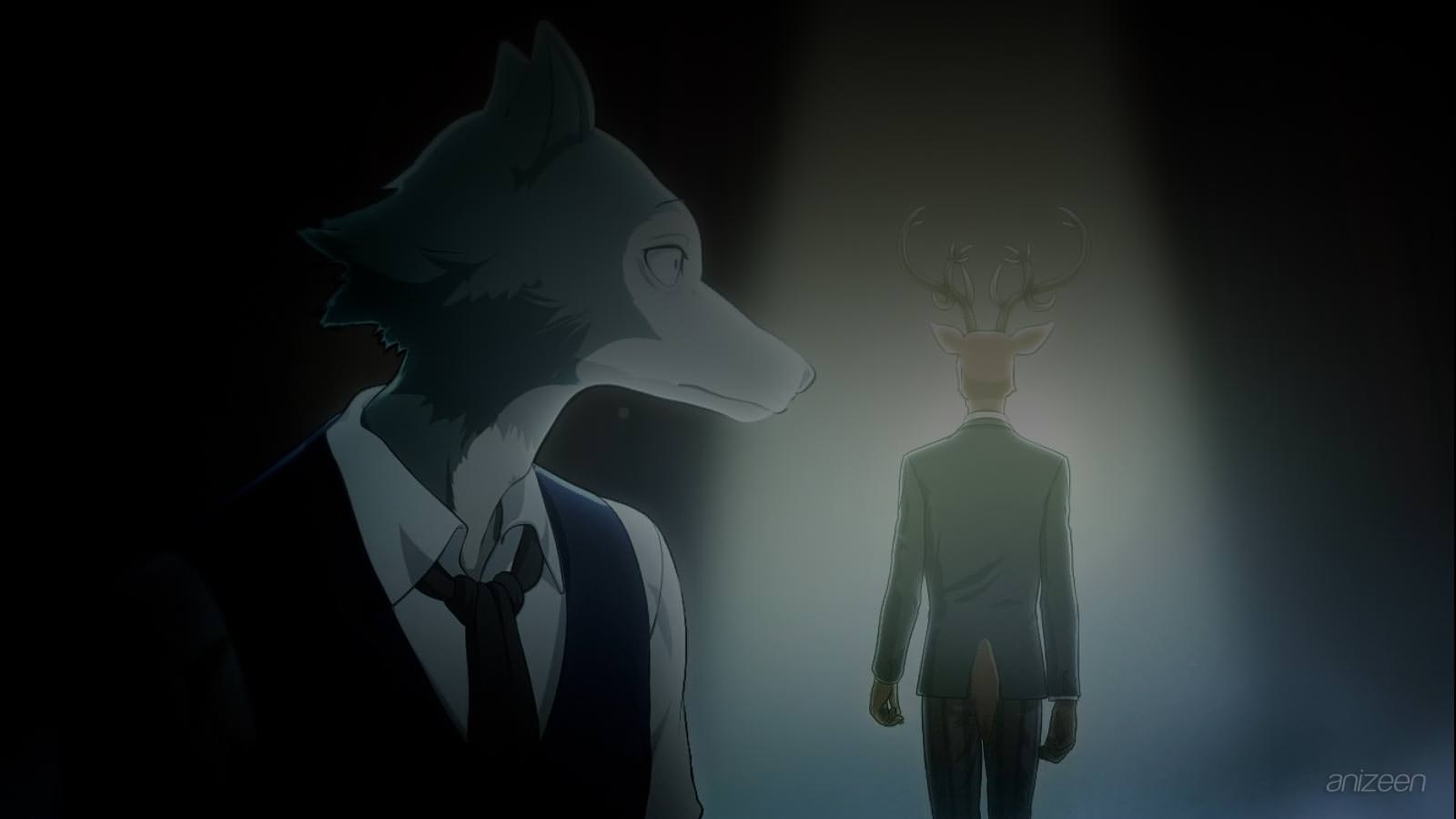 In a world where animals try to coexist, carnivores and herbivores live together in a modern society, or at least that is what they intend. However, in the last weeks, a number of incidents have been registered, and this morning at Cherryton Academy, Tem, a young alpaca has been murdered.

At school, herbivores begin to feel unease around carnivores, especially in the drama club, one of the few places where all kind of animals participate. There, we meet Legoshi, a huge grey wolf who is seen awkward between carnivores and herbivores as well.

During the next drama club activities, Legoshi puts his eyes on Els, an angora goat. She begins to feel threatened by him and feels she can be the next victim. Late at night, Legoshi follows her and waits till she is alone, Els feels endangered and takes a pair of scissors out.

Legoshi steps up and stops her immediately, instead of hurting her, he gives her a memento from Tem, a love letter he was willing to give her. At that moment, Els understand that Legoshi is a kind wolf and apologizes with him.

As a carnivore, Legoshi has been feared and loathed all his life, and his huge size and personality does not allow him to befriend openly with others.

The next day, he pays a tribute to Tem, at that moment the school idol shows up, Louis is a red deer, one year older and leader of the drama club. He is prideful and confident, always walks straight and has set his eyes on becoming the next Beastar.

Louis tends to look down upon those around him, he is aware of his nature, however, he asserts his dominance even upon carnivores. He has put his eyes in Legoshi, he is annoyed to see such a powerful creature behave as a herbivore.

That night, he asks Legoshi to guard the theatre door, they will rehearse the next play and do not have permission. It is dark and for the first time his instincts are aware of his surroundings, including a young rabbit, Haru, who is trying to go back to her room.

All around campus, she is known to date many males, and is not rare to see her rejected by all females. She has been bullied and is not in the mood, however, even her has something to run and escape from a big and confused wolf like Legoshi.

Beastars
(ビースターズ)
A manga series written and illustrated by Paru Itagaki, serialized in Weekly Shounen Champion since 2016. An anime adaptation by Orange began on October 8, 2019. A second season is scheduled for release in 2021.
OP
S1. “Wild side” ~ ALI
ED
S1. “Le zoo” ~ YURiKA