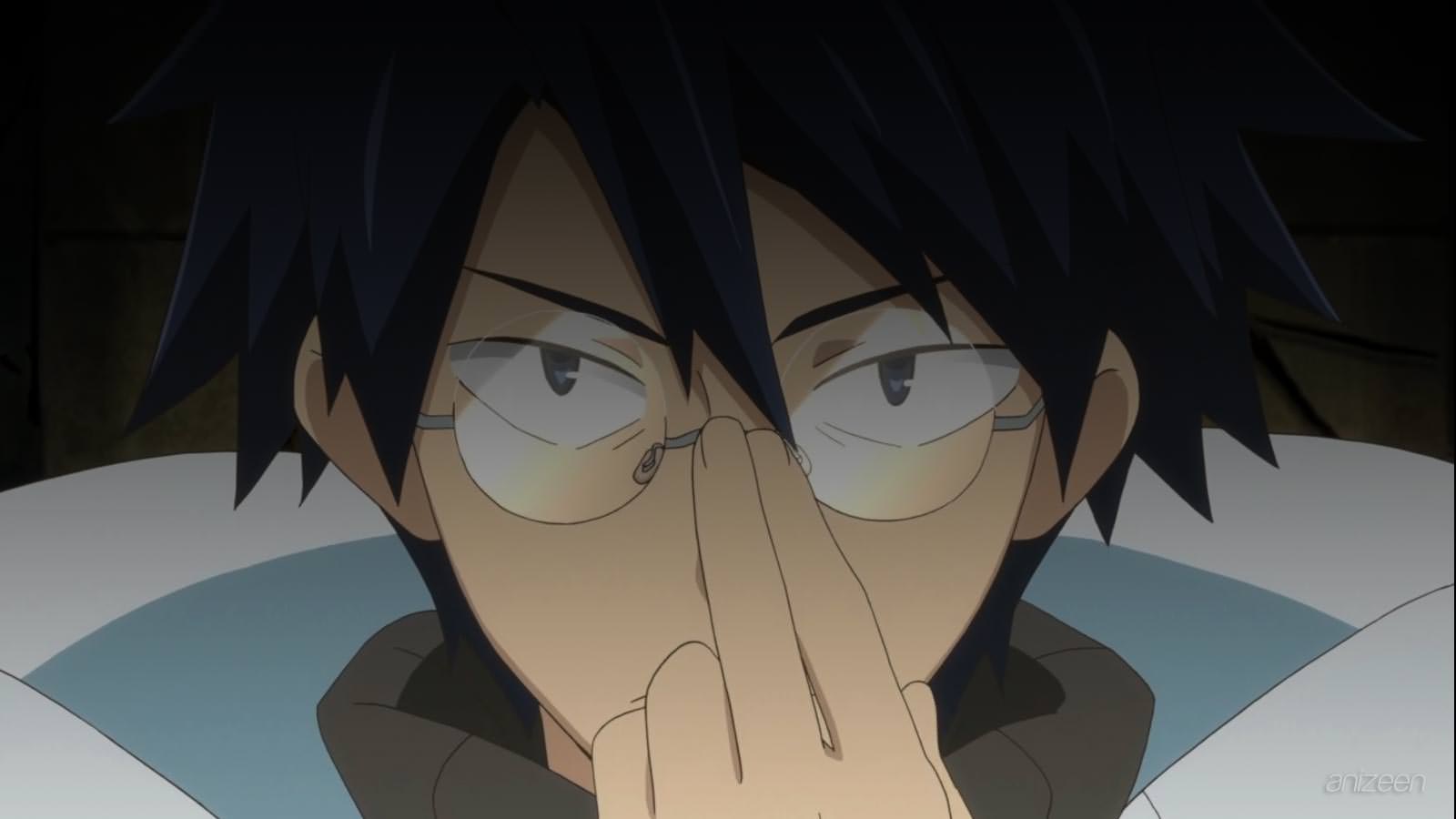 For a popular online game, the long awaited upgrade has come. With it, several things have changed, and for some reason, gamers are now part of the game.

As Shiroe experiences the new world, he is able to control the game as usual, but he is unable to log out. He decides to check his friend list and finds out one of his best friends, Naotsugu, is online.

It seems they are now part of Elder Tale, a videogame world. But now it feels incredibly real, and all their senses are active, they smell and touch without any problem.

Shiroe and Naotsugu decide to gather more information, as long as they walk in town, everything seems familiar, and many gamers are in the same position as them.

For Shiroe, to some degree, the online character is a reflection of the gamer, and as they visit a lonely part in town, someone begins to draw their attention. Fortunately, it is Akatsuki, another gamer, who has partied before with Shiroe.

Akatsuki’s character is an assassin, a male character, but in real life it is completely different. She wants Shiroe to sell her a potion to transform into a girl, and she is lucky.

On the other hand, Naotsugu is a complete pervert, and he would love to take a look at her as soon as she transforms. The transformation takes place and it was not appealing to the eyes.

In the end, Akatsuki joins them, she will be useful, after all she was a capable player. She admires Shiroe, and now praises him as her master.

Meanwhile in town, things are complicated, specially once they try to eat something. At that moment, Shiroe receives a call from a guild master, it is Marielle, one of her online friends.

Marielle is a cheerful character, and usually has to be controlled by Henrietta, another member of the Crescent Moon guild. They want to exchange information, but as soon as they see the new version of Akatsuki, they both forget about their issues as they try to hug the little ninja.

Finally, as they exchange information, they find out that the whole country is in the same state, and players in four cities, or servers, seem to have similar issues, and there is no easy way to travel, in other words, no teleporting.

In the game, Shiroe was known to be a strategist, but always refused to join a guild. Instead, he was part of a team known as Tea Party, where several strong users managed to complete several high ranked quests in the game. Marielle tries to recruit him into Crescent Moon, but he refuses and leaves.

They begin to worry about the game, what will happen if they die? Are they safe in the real world?

Log Horizon
(ログ・ホライズン)
A Japanese novel series written by Mamare Touno and illustrated by Kazuhiro Hara, published by Enterbrain in Japan since 2011. The novel has received 4 manga adaptations, with one based on the main story and the other three revolving around characters in the series. An anime adaptation started in Japan on October 5, 2013. A second season aired in October 4, 2014.
OP
S1. “database” ~ Man With a Mission ft. Takuma of 10-feet
ED
S1. “Your song” ~ Yun*chi
WEB