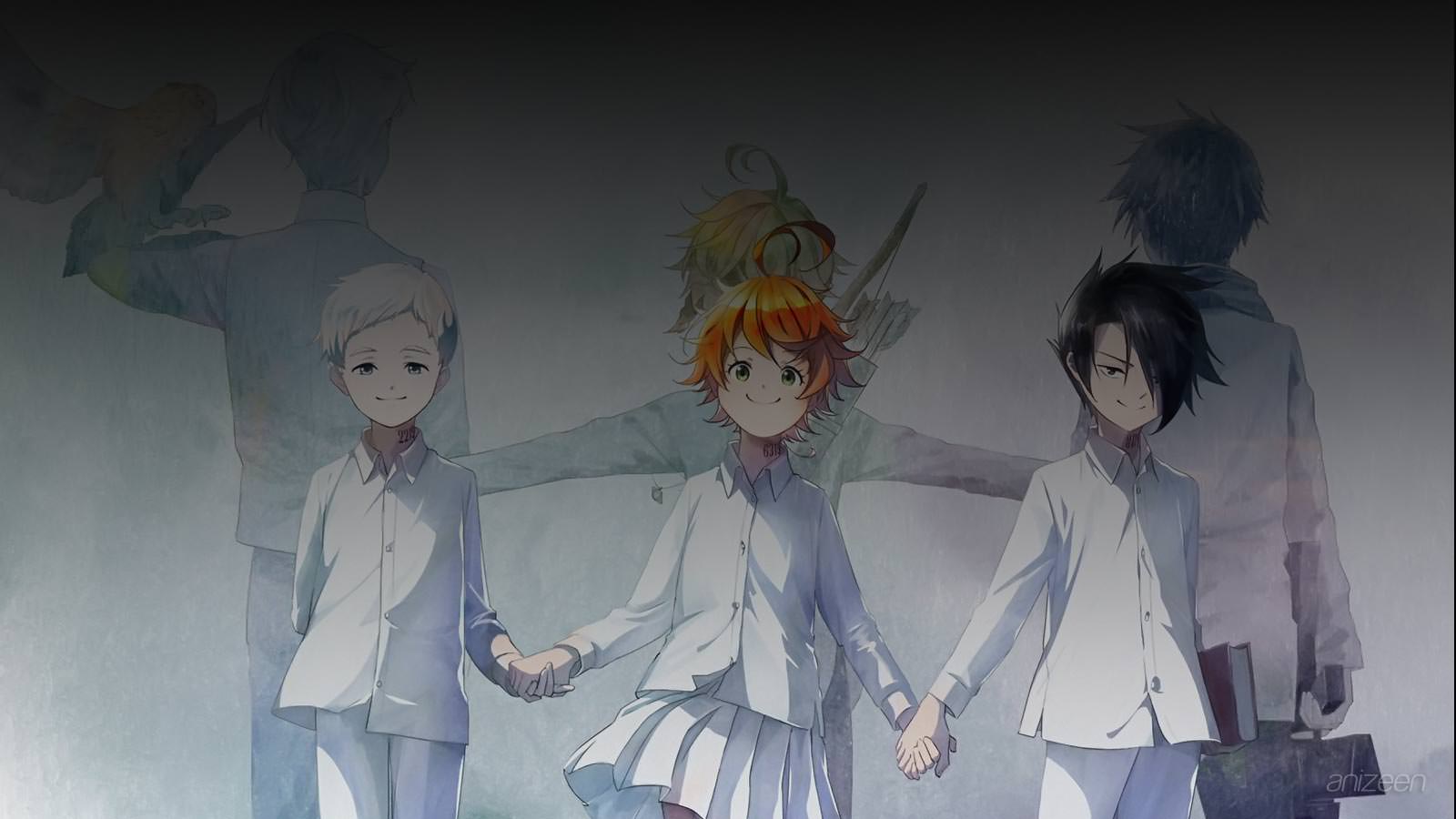 As long as they can remember, Emma, Norman and Ray have been living in the same orphanage; they have someone to take care of them, Isabella, or ‘mother’.

They are bright, Emma is athletic, Norman is clever and Ray is a good strategist. And, they show their abilities on a daily basis through games or as they receive lessons. However, they have always wondered what lies beyond the forest.

One day, one of the 38 children is getting ready to leave the orphanage, Conny will be adopted and everyone is emotional.

During the day, once again, Emma, Norman and Ray begin to wonder about those who left before Conny, why they have not wrote a letter. Emma thinks it is all right, as long as they are happy.

As the day ends, Conny is ready to leave, and Isabella has prepared her belongings, however, she forgot the most important, a stuffed bunny. Emma and Ray do not hesitate and decide to deliver the toy.

Both kids run desperately, reaching an unknown building in the other side of the property, there, they see a parked truck, and once they look inside, the horror, Conny is dead.

At that moment, someone steps out of the building, claiming that human flesh is valuable, especially if it comes from a tender creature. Emma and Ray are astonished to see such monsters, even more when they talk directly to Isabella, their beloved mother.

Before being discovered, both kids run back to their bedroom, however, they leave the stuffed bunny behind. Emma is about to lose her mind, and Ray tries to calm her, they will tell Norman and the other kids and run away.

However, it will not be easy, Isabella has found the toy, next to the truck where Conny’s body remains before being sold and eaten.