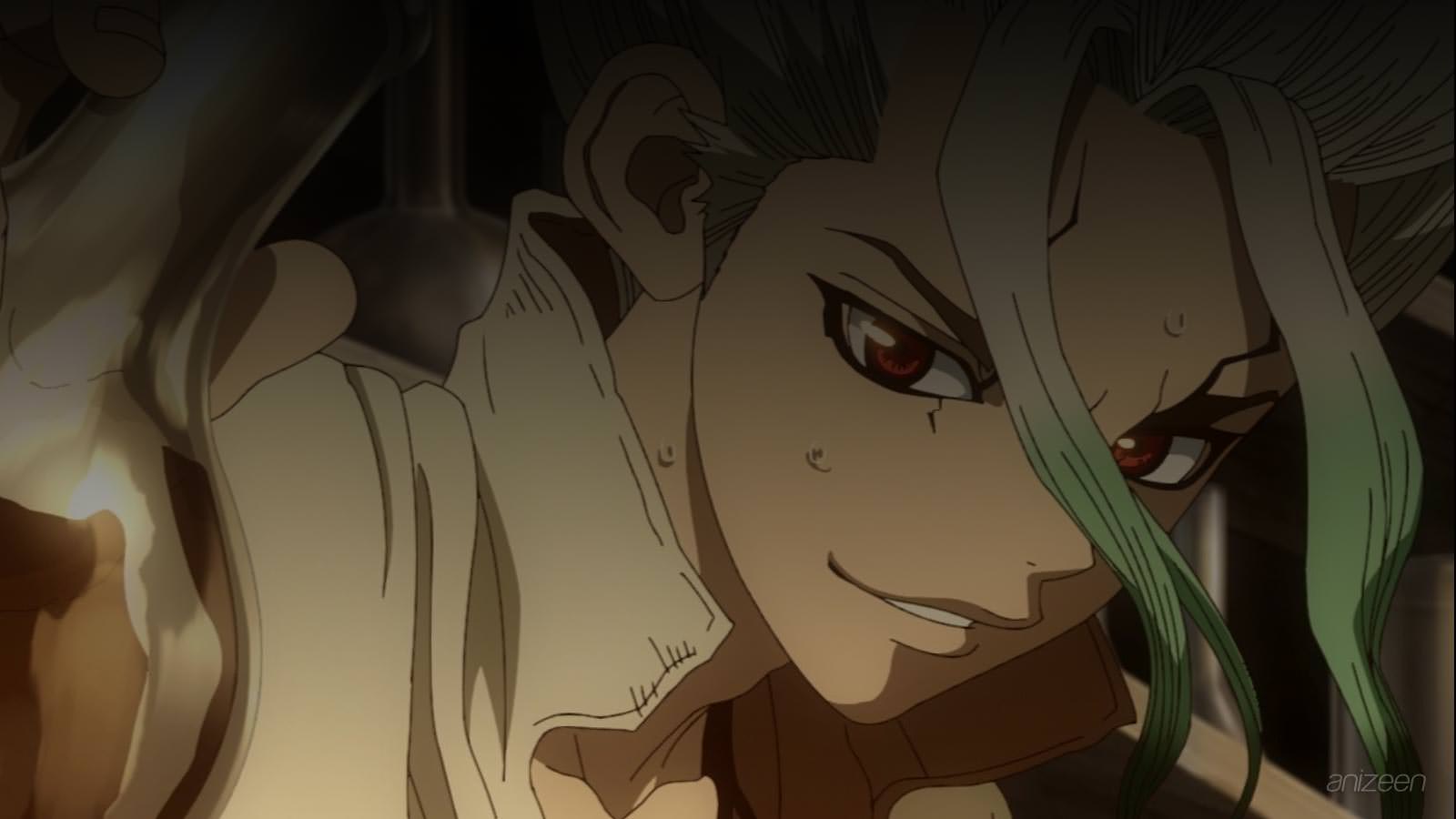 We usually take life for granted, but what would happen if the whole world collapsed in an instant? In a typical day, we find Taiju, a high school student approach Senku, his best friend, and tells him he is finally ready to confess his love for their classmate Yuzuhira.

Finally, the time has come, and Yuzuhira is waiting patiently near a tree in the school grounds. Far, from the distance in the science laboratory, Senku is watching, however, before Taiju is able to say a word, a bright light appears in the sky.

All humankind is turned into stone, and put on sleep for centuries, somehow, after 3,700 years, Senku has not lost his consciousness, and thinks it is time to reconquer the world. Thanks to a certain chemical reaction, the stone shell is broken, and a genius mad scientist is set free.

Senku seems to have everything in control, and plans ahead on the way he will give Earth a new chance. In order to do it, he will need help, and does not hesitate to search for Taiju’s petrified body. After many experiments, Senku has experienced in six months, what humankind did in thousands of years.

Finally, after six months, Taiju has broken his stone shell and one thing remains in his mind, or one person, Yuzuhira. Without hesitation, he begins searching, fortunately for him, she seems to be intact, near a huge tree.

Before he can understand what is going on, he sees a message carved in the tree, with some familiar words, Senku tells him to look for him. After all these years, both friends reunite, Taiju might not be as smart as Senku, but he is strong, and he trusts his friend with all his might.

Then, after many failed experiments, Senku has found that he can revert the petrification process with nitric acid and alcohol. And he knows that his friend wants to wake up Yuzuhira as soon as possible, however, before they are able to do it, they are attacked by a lion pack in the middle of Japan.

They need help, and are forced to use their discovery in a dangerous martial artist from their time named Tsukasa. He works along with the guys, but then, he claims he has no intention on saving other, than young men and women.

Finally, Yuzuhira is back, and now Taiju and Senku have to decide what to do, try to establish a new civilization based on science, or allow Tsukasa to rule with a primitive mindset.