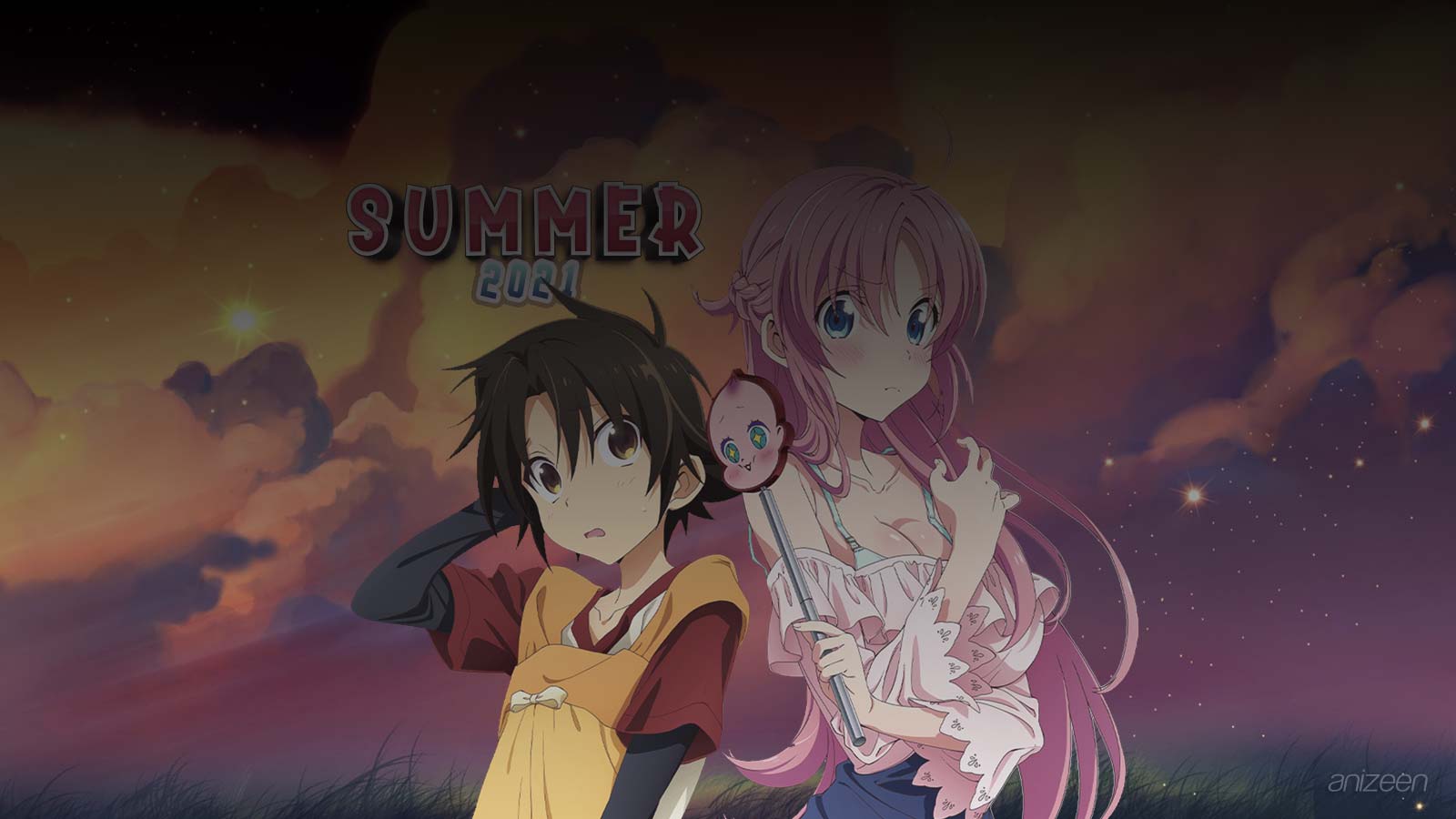 It turns out that the summer is here, after so many months adrift, it seems that the world is eager to end the pandemic, however the virus has not stopped mutating, so we cannot claim victory.

Despite this, thanks to vaccines, many productive activities begin to recover, and I hope that is the case for most of you. So, with a lot more to learn in the future, we begin the Summer Anime Season 2021.

We immediately meet Koushi, a teenager who has lost everything in his life, his home and his father, who abandoned him. In Megami-ryou no Ryoubo-kun, one day, he meets Minerva on the street, she takes him to live at a college girls’ dormitory. However, in order for him to stay, he will have to become the dormitory manager, and as expected, the girls will have no mercy on him and make his life impossible.

Meanwhile, in another place Akira, a high school student who loves games and sweets, is suddenly dragged into a battlefield by a mysterious girl called Mion. In Deatte 5 Byou de Battle the participants are told that they were part of an experiment, and now they have gained powers. Akira is mad, and now determined to use his newfound power to destroy the responsibles.

Back in our time, so so, we meet Kyouya, a 28-year-old game developer is desperate because he will lose his job. In Bokutachi no Remake he returns to his hometown, and as he looks back, he begins to regret his bad decisions and falls asleep. When he opens his eyes, he has travelled 10 years back to the time before he entered college. A new chance, most of us would love that, no?

Now, lets go back to our time, where we meet Naoya, who has been in love with Saki since his childhood, and he has finally been reciprocated. In Kanojo mo Kanojo, just as he tries to commit to a stable relationship with her, Naoya receives Nagisa’s confession. At that moment, his problems start, instead of rejecting her, he accepts her feelings and also begins to date her. What a prick?

In a different world, Kazuya is summoned to strengthen the kingdom, for a strange reason, the king accepts and cedes the throne to him. In Genjitsu Shugi Yuusha no Oukoku Saikenki, he is saddled with ruling the nation, and also betrothed to the king’s daughter. Kazuya calls the wise, the talented, and the gifted to help him.

Later we meet Kimizuka, a young man who seems to look for troubles, somehow, he ends up involved in al sort of crimes, and one day he meets Siesta, a detective, adn the adventures begin. In Tantei wa Mou, Shindeiru, together, they took down criminal organizations and saved thousands, however, after three years Siesta dies. Back in high school, Kimizuka decides to live an ordinary life, but a girl with an amazing resemblance to Siesta appears and changes his plans.

Then we meet the lovable Uramichi, a gymnastics coach recognized from a children’s television series. In Uramichi Onii-san, Uramichi appears to be very sweet, however, more than one person is surprised to see that, actually, he has a dark personality, or you can even say it is emotional instability.

And now that we are talking about instability, lets meet Reiji, who is sick of his job and would love something to happen. In Cheat Kusushi no Slow Life: Isekai ni Tsukurou Drugstore, one day he ends up in a different world, there, he picks the skill to prepare potions and medicines. He is a bit disappointed because he wanted a combat skill, however, his potions become popular and he opens a drugstore. Now, he enjoys a slow life.

And who does not crave for an easy life? Like Kinji, who has been able to earn money through his investments and never worked at all. In Meikyuu Black Company, everything comes to an end one day when he appears in a fantasy world. There, he is immediately enslaved to work in a mine. Desperate, he decides to do whatever it takes to get out of poverty, and ends up surrounded by a strange group of accomplices.