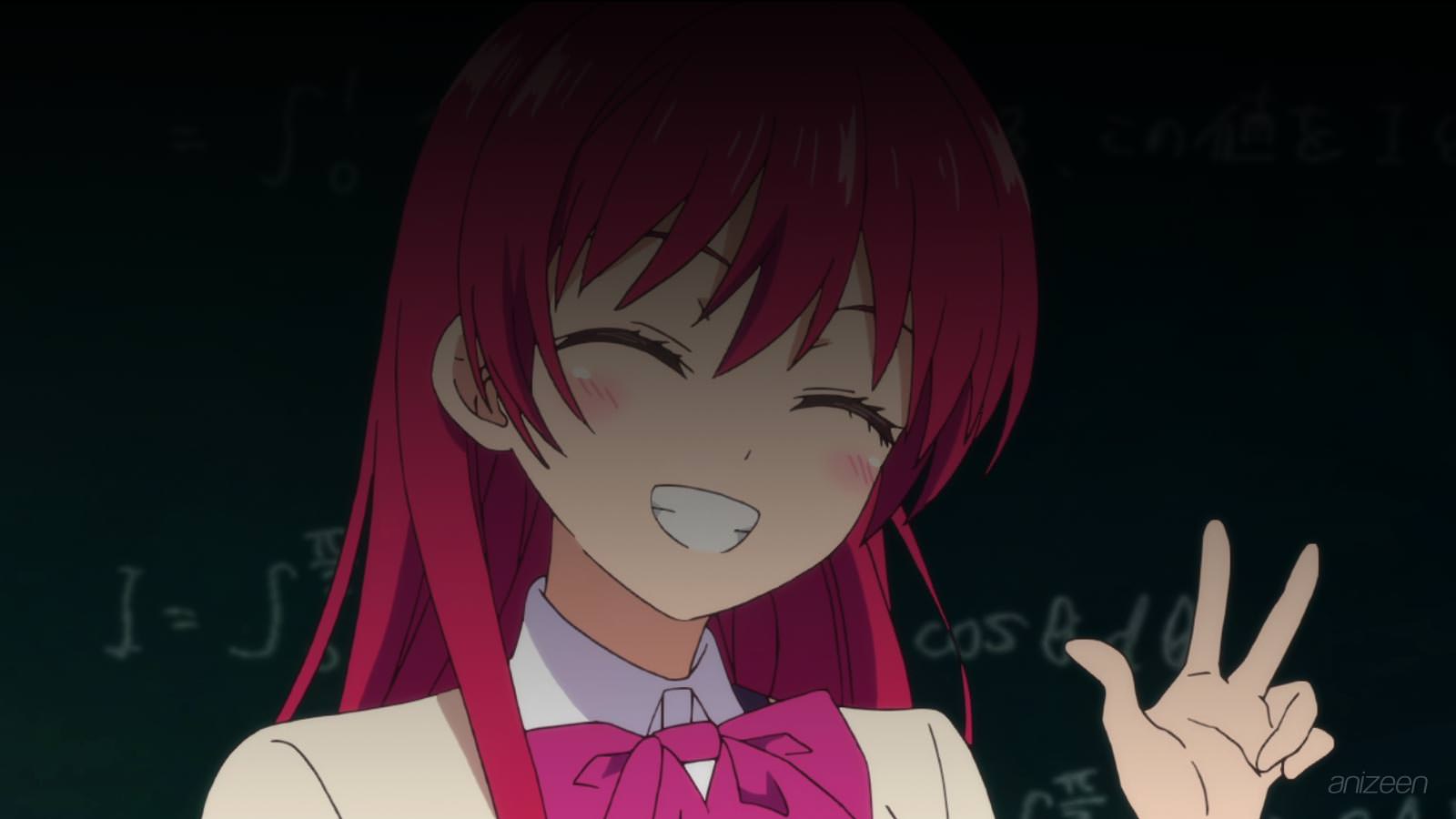 Naoya has known Saki for many years, in their childhood they were inseparable friends, and when they reached adolescence, Naoya’s feelings began to change.

Throughout middle school he has tried to confess his affection for her, but he has not been reciprocated by Saki.

Now, after entering high school, she finally agrees to date Naoya as her formal girlfriend, although it can be embarrassing at times.

Naoya can be way too honest with the way he feels, and he has no trouble coming up with the cheesiest lines you could imagine.

One day when classes are over, Saki prepares to go to her sports club and he simply decides to hug her and confess how much he loves her.

Embarrassed, the Saki accepts his feelings, but asks Naoya to tell her in private and not in front of her classmates.

As she leaves, Naoya does not hold back and tells her that that day she looked beautiful, at which Saki blushes and runs away.

Later, we see Naoya waiting on the roof of the school for Saki to come out after her practice.

At that moment a beautiful young woman, Nagisa, arrives and begins to speak to Naoya. In the exchange, she blushes and tells him to to go out with her.

Nagisa confesses that she has been preparing for months to talk to him, immediately, Naoya enters an existential dilemma.

Being so honest with his feelings, he tells her that he would love to go out with her, but that he has a girlfriend and it wouldn’t be fair to cheat on her.

Nagisa seems to understand, but seeing her so sad, Naoya thinks it’s best to be truthful with both of them. In his intricate mind, he believes it would be best for the three of them to go out together and get to know each other better.

So Naoya proposes to Nagisa that she can also become his girlfriend, and unexpectedly, she agrees and they immediately go to see Saki, who is impressed and thrilled meeting Nagisa.

At the end of the afternoon, Naoya openly asks Saki if he would agree to have a relationship with him, even if Nagisa is also his girlfriend. She immediately objects, but seeing how determined Nagisa is, she begins to consider it.

Finally, they decide to give it a try, and Naoya goes even further and asks them to move in and live with him at his place. Again, Saki refuses, but Nagisa agrees immediately. Now, the three of them start living together, and Naoya’s honesty will put them in a bind more than once.