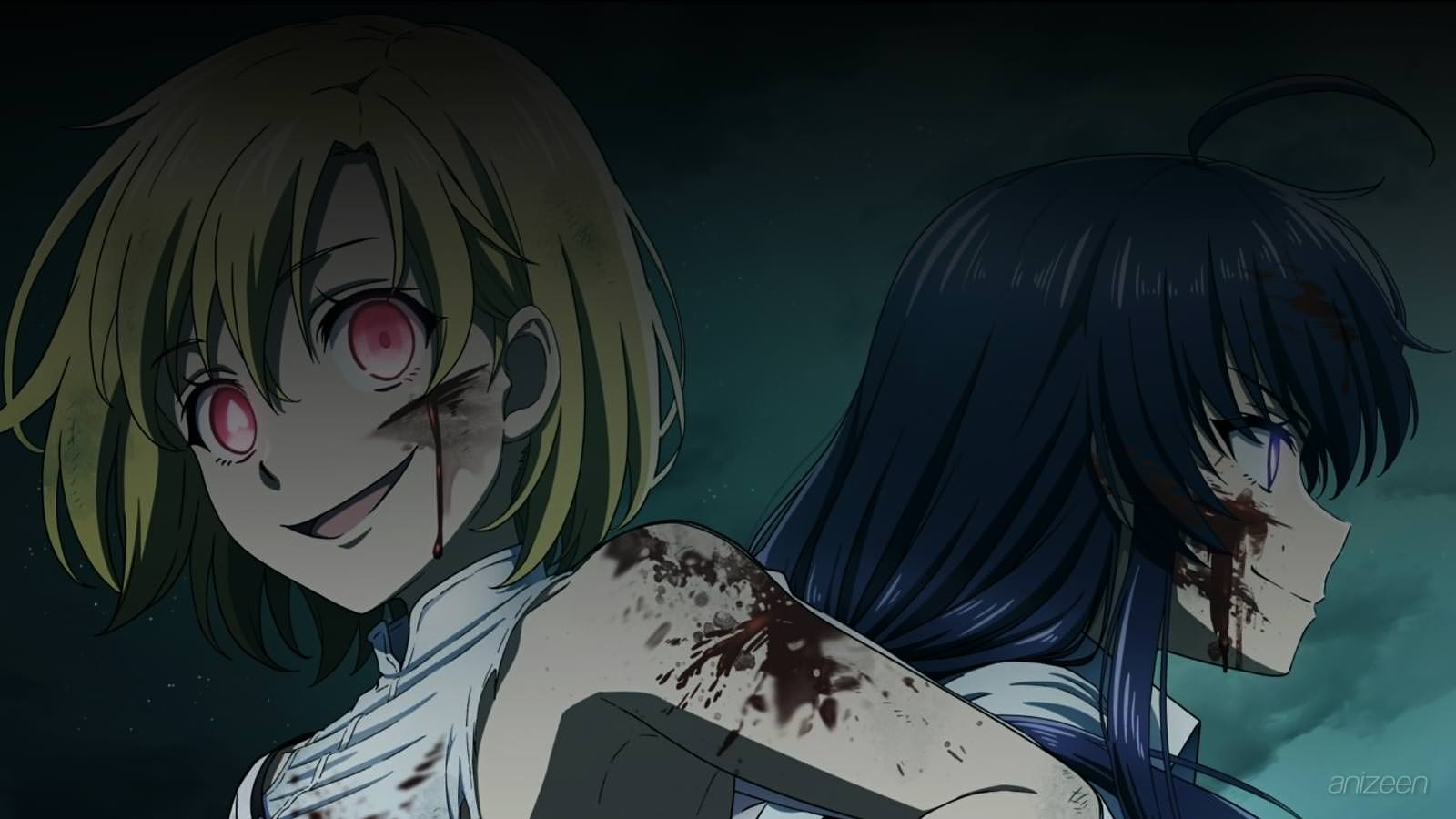 Saltorine, or Sally, is a cheerful woman who travels on her own in search of Mikoto. After some time, in the middle of a road she bumps into a hare-shaped demihuman named Frau.

Frau is on the ground, almost inert, and although Sally decides not to get involved with her, she ends up succumbing when she hears her stomach growl and decides to offer her a carrot.

Seeing that she recovers fast after eating, Sally decides to continue her journey, and Frau resolves to follow her and tells Sally that from now on she will take care of her.

Upon reaching a town, Sally is confronted by one of the inhabitants, who asks her to be careful with Frau, who can be a violent being, even saying that they are human’s mortal enemies.

Sally does not understand and decides to leave the place with Frau, later they return once they cover Frau’s ears and try to reach a place to spend the night.

Again, they run into a person, who turns out to be the leader of the community, in a very friendly way he welcomes them into his home and offers them food.

Later, he tells the story of the town and Sally listens with attention, they have had problems facing monsters of all kinds, and a young man appeared out of nowhere to exterminate them. However, since that day everyone has been alert and wants to avoid another tragedy.

And just as he was summoning troubles, the next morning a monster arrives and begins to wreak havoc in town. Inside Sally, something strange begins to happen, she describes it as a strange heat that runs through her body.

Without thinking, Sally goes out and stands between the monster and the town inhabitants, and when she comes into her senses, she is surprised and thinks that she will lose her life. But Frau appears and with a couple of blows finishes the demon.

The villagers panic and the leader ask them to leave the town immediately, despite everything, Frau approaches him and thanks him for the food, leaving everyone perplexed with her behavior. In the distance, a soldier named Hawthorn observes the conduct of Sally and Frau, just to inform them that they are in his custody and will be taken to the city.