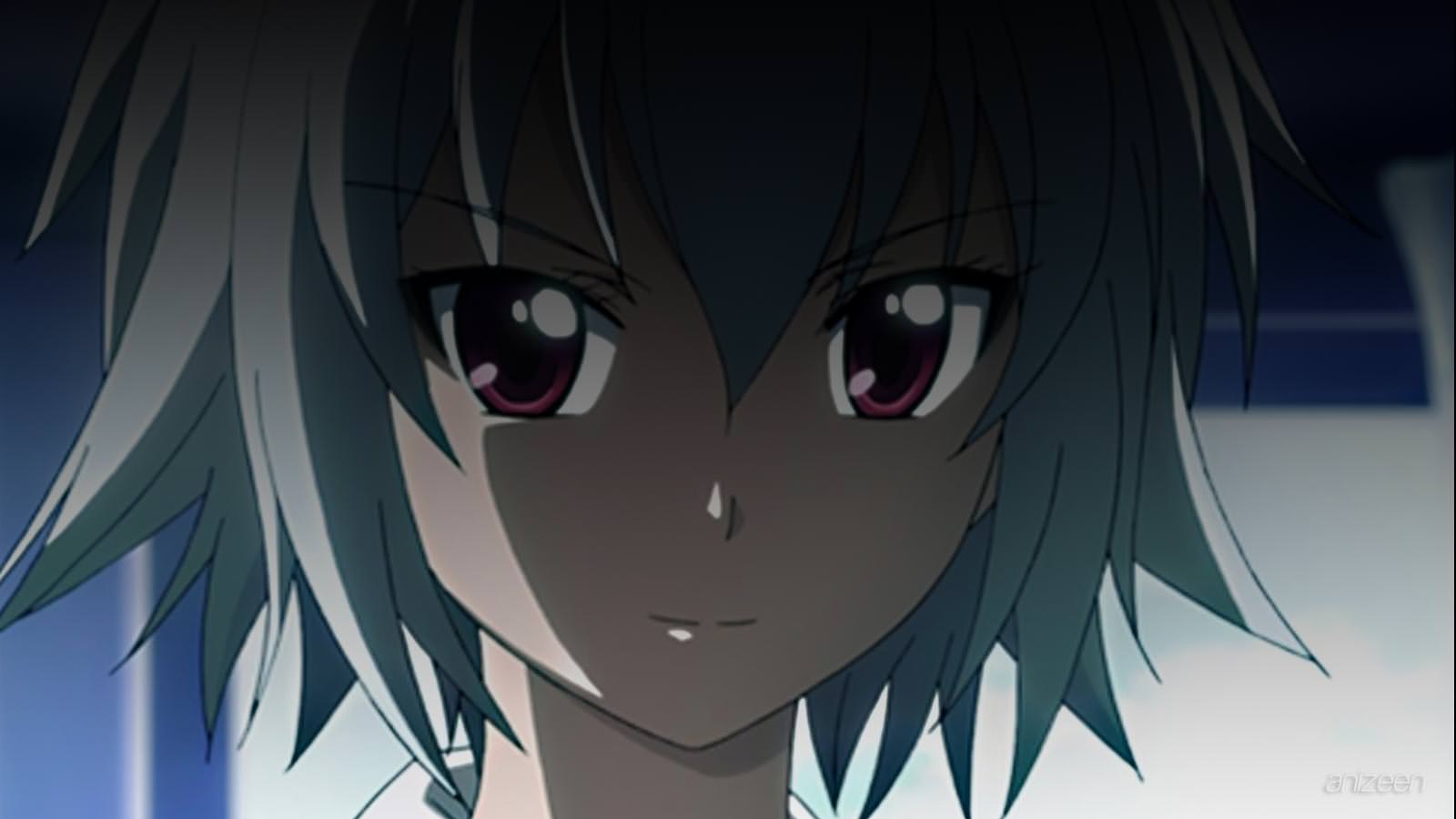 You Satou lays beaten up in the floor of the supermarket, the last thing he remembers being going to get a half-priced ben-to. Suddenly, You remembers his life, basically, he has had a simple one, out of troubles.

Before he passes out, You hears a big noise coming from his stomach, he is quite hungry and wants to get soon out of the supermarket. Just as he stands up, he sees a girl outside staring at him.

You doesn’t know why he was lying there in the floor, he has not much money and ends up buying something cheap to calm his hunger. Just as he steps out of the supermarket, this mysterious girl, Sen Yarizui, is still there and again, she is looking straight to You.

This makes You think what happened inside the supermarket, and he thinks that this cute girl has declared her love for him. Before he realizes, You is again in the floor unconscious.

The next day, You has no clue what happened the night before, a girl named Hana Oshiroi approaches You and talks to him as they knew each other, but You is confused about everything, where Hana met You at the supermarket.

Without knowing, he encounters Sen, who makes him help her with the garbage bags and tells him to forget about the store. At night, You is hungry and thinks about the daily expenses he has and how he should manage to eat properly.

Suddenly, Hana is right next to him and they enter the same store where You was found unconscious. Hana is very excited, she says she won’t interfere in what a man’s heart desires. You doesn’t understand what Hana says and he only wants to find something to eat.

You bumps into Sen, and a crude reality, where the strongest is able to eat a half priced meal, and the one who loses faces brutality and ends beaten up in the floor. If You wants to survive, he will have to learn some tricks, and it seems that Sen is the right person to tag along.

You Satou is a high school freshman who finds himself dragged into the battle for half-priced ben-to. He has a simple life and only thinks about any thing on a daily basis, he doesn’t have complex ideas. Mos of the time he is confused, and because of his lack of abilities, hungry. He enjoys playing retro video games, particularly Sega games.

Sen Yarizui is a second year student who is the president of the Half Priced Food Lovers Club. Her skill in ben-tou brawls has led her to be known as the Ice Witch. She is well known and feared in the neighborhood.

Ayame Shaga is You’s first cousin who is an avid gamer and will often use her wily ways to get him to do what she wants. She is also a ben-to brawler known as the Beauty by the Lake.

Ben-Tou
(ベン・トー)
Is a Japanese light novel series written by Asaura, with illustrations by Kaito Shibano. The first volume was published in February 2008, and nine volumes have been released by Shueisha as of July 2011. A manga adaptation titled Ben-To Zero: Road to Witch, also illustrated by Shibano, was serialized in 2011. An anime adaptation produced by David Production began airing in Japan in October 9, 2011.
OP
S1. “Live for Life: Ookamitachi no Yoru” ~ Manami
ED
S1. “Egao no Housoku” ~ Mariya Ise
WEB