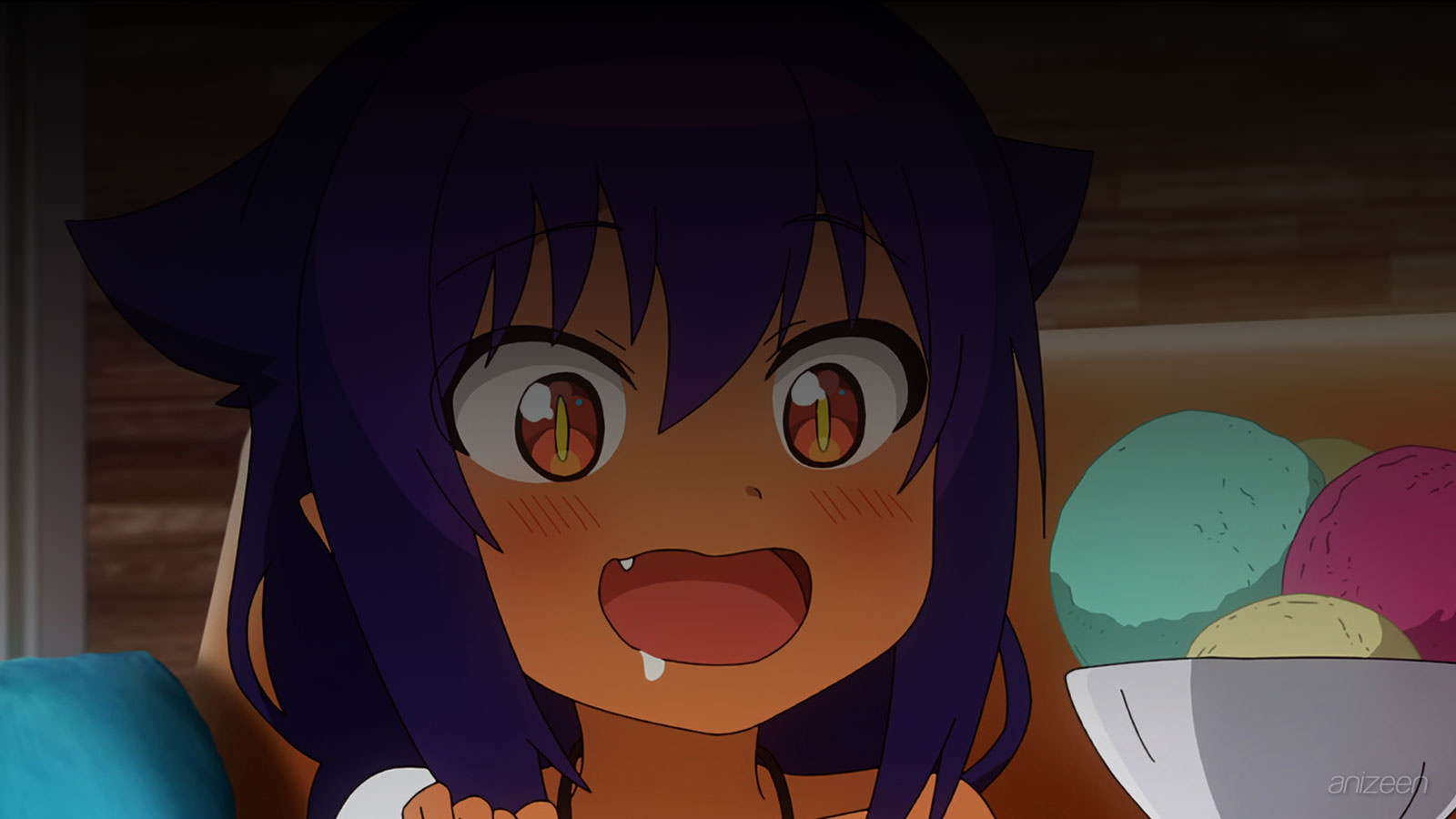 Jahy used to serve as the second in command in the demon realm, her power was limitless, or so she believed.

One day, there is an irruption at her castle, a magical girl named Kyouko, appears and begins to destroy everything, the demons under Jahy’s command cannot stop her and end up guiding her to Jahy.

Jahy is ready to fight, but Kyouko knows exactly what she must do, evades her and goes after the crystal that is hidden behind the throne and destroys it.

Immediately, everything collapses, and Jahy ends up falling into the mortal world in the body of a girl.

From that moment on, her life changes completely, now she must fight not starve or die because of the weather. She lives in an old apartment, and eats whatever she can.

In the afternoon she uses the small crystal she has left to transform herself into a grownup and go to work.

The most powerful, now must serve tables and drinks to clients of a small shop, in which her boss receives her and treats her with great appreciation.

Actually, she was the one who got her the apartment where she lives now, in which her sister is the manager.

At the moment, Jahy does not have enough time to earn a living and search for the shards of her crystal, so her future is uncertain and painful.

One night, after working hard, she feels a bit tired and takes a break, suddenly she loses her transformation and returns to her child form.

When she sees her boss, instead of being surprised, she seems very excited, so Jahy decides to confess her secret to her.

Despite this, the boss is unfazed, and feels sorry for Jahy, who has had a very difficult time lately. That day, Jahy receives a raise in her salary, and also a gratification of delicious food, that she devours with relish at home.

Days later we meet the manager of the apartment building, the sister of Jahy’s boss, and she comes to collect rent from her, to which Jahy flatly refuses.

Jahy does all kinds of tricks in order not to pay her, and even cheats on her by pretending that her sister is behind her. A big chase begins in town, until they end up scolded by the caring boss.