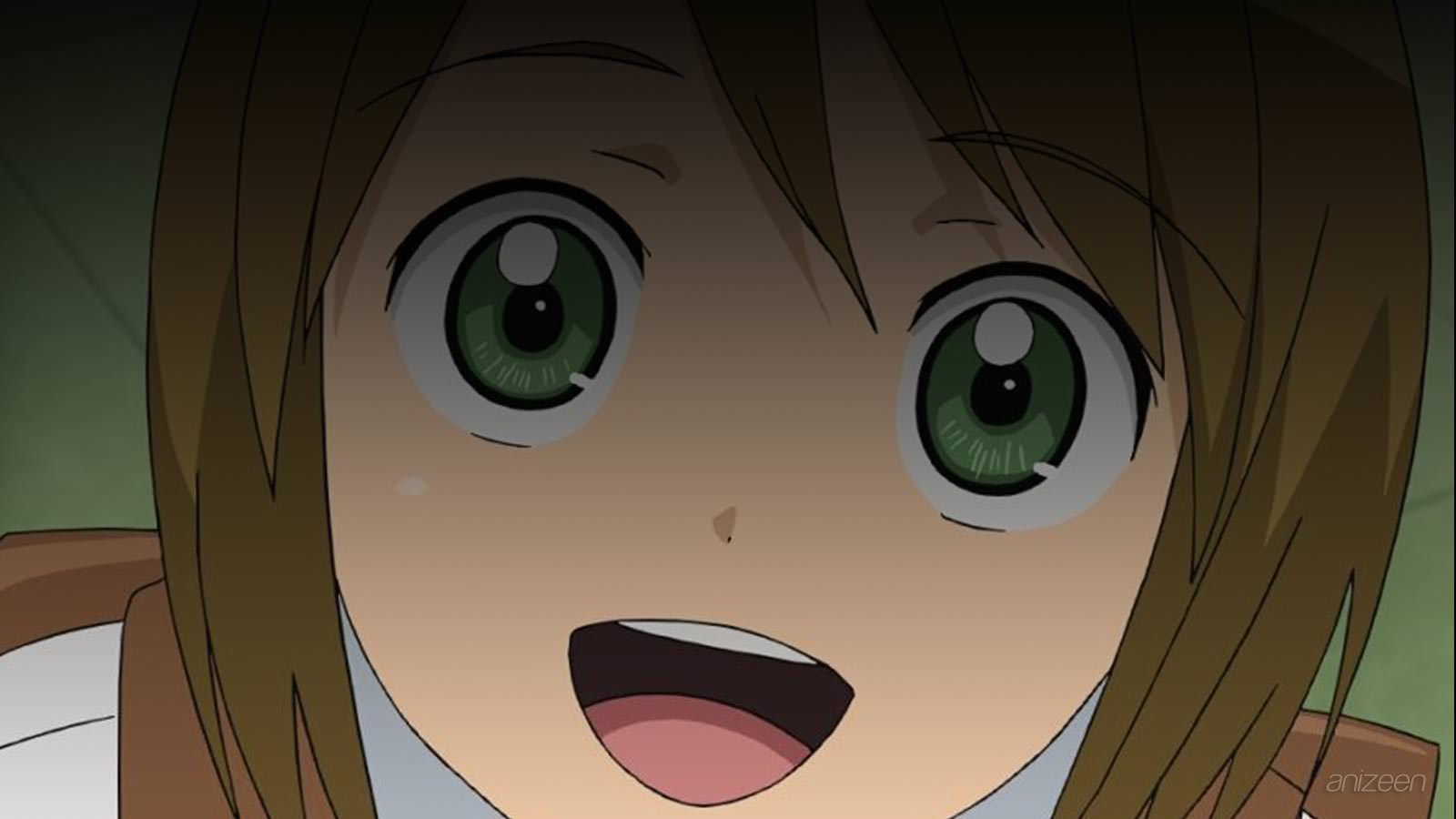 First year high school student Saku Ooyagi has just moved with his family back to his old home town after being away for seven years. Saku still has nightmares about his childhood friend Mihoshi Akeno who was a year older, outgoing, and endlessly energetic and inquisitive, and almost always brought all sort of injuries to Saku.

When Saku goes to his new high school on the first day of classes he spots Mihoshi standing on the top of a building where she is calling out for students to join the Astronomy club. Mihoshi also spots Saku and starts a day long chase to get Saku to admit that he remembers her. When they were little kids, the older Mihoshi was taller and stronger than Saku. Now that they are teens Saku has grown tall while Mihoshi remained short, but Mihoshi is still as outgoing and energetic as ever.

Eventually Mihoshi corners Saku and he admits that he does remember her, but he also lists all the grudges against her that he has carried with him. But Mihoshi also reminds Saku that he never came to say goodbye to her, so Saku realizes that he was at fault for some of the past too.

Anyway, Mihoshi is determined to improved their relationship and forces Saku to join the astronomy club she founded, he apologizes because of the past and joins.

Unfortunatelly, there are only four members, including Saku, so they have their work cut out to find a fifth member so that they can be an official club, and the class president is at odds with Mihoshi and wants to shut down the club.

Saku Ooyagi grew up traveling around Japan due to his father constantly changing jobs. Saku loves to read books and can often be seen reading, whether it be on the bus, at school, or at home. He generally likes to stay indoors and read, but after joining the astronomy club, he starts to enjoy going out and stargazing or participating in other club activities.

Mihoshi Akeno is a cheerful girl who is one year older than Saku, though has a tendency to act childish. She is very enthusiastic about, and has a strong love for, the universe, a trait passed down from her late father. She has always enjoyed going outside and stargazing or doing other activities, and would usually take Saku along with her, often against his will. She is thrilled to be reunited with her childhood friend Saku and convinces him to join the astronomy club at school.

Sayo Yarai is a calm and intelligent girl who is in the same year as Mihoshi and is also a member of the astronomy club. Her family runs a Buddhist temple.

Hime Makita is a girl who is in the same class as Saku, whom she has a crush on. After Saku joins the astronomy club, she quickly follows suit so as to spend more time closer to him and getting to know him. She had originally met Saku briefly on the bus before taking their entrance exam for the school, and was surprised to see him again in her class. She is generally a calm girl though is known to get jealous of Mihoshi when she is sticking close to Saku.

Masashi Edogawa is one of Saku’s classmates and friend, and while he often takes part in astronomy club activities, is actually a member of the photography club. He enjoys hanging around the astronomy club because of Mihoshi, Sayo and Hime, whom he sees as all very attractive, and is jealous that Saku is surrounded by beautiful girls. However, he also enjoys astronomy and actively participates in stargazing events. Thanks to: D. Baranyi

Sora no Manimani
(宙のまにまに)
Is a Japanese manga written and illustrated by Mami Kashiwabara. The manga began serialization in the November 2005 issue of Kodansha’s Afternoon manga magazine, and as of April 2009, six bound volumes have been released in Japan. An anime adaptation by Studio Comet and directed by Shinji Takamatsu began airing in Japan in July 7, 2009.
OP
S1. “Super Noisy Nova” ~ Sphere
ED
S1. “Hoshikuzu no Surround” ~ CooRie; “Yami ni Saku Hoshi no You ni” ~ CooRie ep 4
WEB