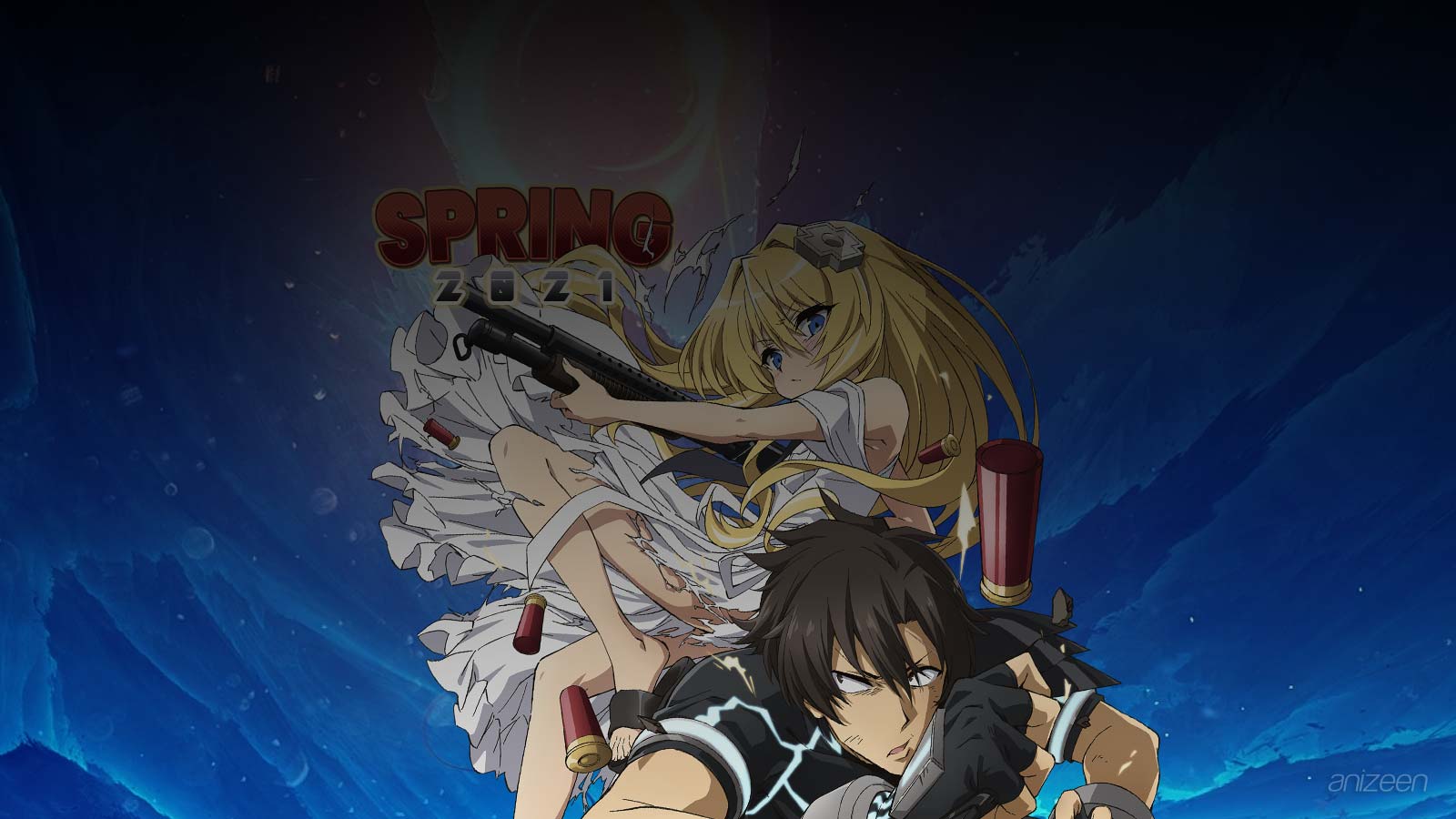 It does not matter if there is a vaccine, it will take months before we begin to recover from such crisis. And it is still unknown what will happen with the virus, after all, it is adapting to the new environment faster than expected.

In the meantime, I wish you are not dealing with any sort of mental disorder, it has been difficult for most of us. Now, in terms of the Spring Anime Season 2021 there are a lot of new series to follow.

First, we find an underground criminal group ready to conquer the whole world, thus, they prepare a new stage in outer space. In Sentouin, Hakenshimasu!, Combat Agent 6 is ordered to explore an alien planet, as soon as he arrives, he embarrass himself with his actions. If he wants to achieve a promotion, he will have to work harder, and do something about the “Demon Lord’s Army”, another criminal group.

Back in our world, we meet Ryou, who is not afraid to approach women, and ask them to date him. In Koi to Yobu ni wa Kimochi Warui, one day he meets Ichika, one of his sister’s friends, and he is convinced she is the right person for him. However, he immediately asks her for a date and a kiss, and Ichika ends up disgusted with his behavior.

Meanwhile, in Tokyo we meet Setsu, who recently lost his grandfather. In Mashiro no Oto, his mother decides to take control and make him go back to school, to his surprise, he is asked to play Shamisen, a traditional Japanese string musical instrument, the one his grandfather mastered. Now, he is meant to follow his steps and find his way in life.

Do you enjoy practicing sports? If you do, great, but despite having abilities, Tatsuya hates playing soccer. In Shakunetsu Kabaddi, the first-year high school student is invited to join a team for kabaddi, a popular Asian contact sport. He is not thrilled until he watches a kabaddi practice.

Then we meet Sumire, a girl who played soccer in junior high, now in high school, she received and invitation from Midori to join the team. In Sayonara Watashi no Cramer, Sumire does not know if she is up to the challenge, after all, she was not that special, and Midori used to be her rival.

And how about arts? In the city of Tajimi, southern Japan, they are famous for their Mino pottery products. In Yakunara Mug Cup mo a high school girl moves to a shopping street in town, and her life changes as she meets new friends, town culture and of course, ceramic art.

Then, in a different world, a dragon fails to live up to the fearsome standards set for him, and his family simply kicks him out. In Dragon, Ie o Kau., he starts a quest to find a new home, however, as soon as he steps on the road, he finds that such place is not for him. In this fantasy world, elves, dwarves, and other mythical creatures want a a piece of him… literally!

Back in our reality, a 26-year-old man feels devastated, after her long-time crush rejects him. In Hige o Soru. Soshite Joshikousei o Hirou, after getting drunk in a bar, he returns home and finds a high school girl crouched in the side of the road. Sayu does not hesitate to suggest they can spend the night if he allows her to stay at his place, he tells her not to say such things, even if it is a joke. In the end, he receives her in his home, trying to understand why she is running away from home.

Now, when an introverted male student meets Nagatoro, his life is turned upside down. In Ijiranaide, Nagatoro-san, she quietly observes his reaction to verbal abuse from other girls, and somehow, she realizes that in his case, it may be exactly what he needs, and decides to tease him constantly.

Back in time, we return to 1923, where vampires existed. In Mars Red, the number of vampires is increasing and a mysterious, artificial blood source called Ascra has appeared. The Japanese government creates “Code Zero,” an army unit tasked with taking down the vampires. And what better way to track vampires than using vampires?

After living a painful life, Azusa ends up dying from overworking, as you might imagine, she reincarnates in a different world. InSlime Taoshite 300-nen, Shiranai Uchi ni Level Max ni Nattemashita, she transforms into an undying, unaging witch and vows to spend her days stress free and as pleasantly as possible. She wants to keep a low profile, but after many years, she has ended up with insane powers.

And she is not alone, Sei is another office worker who ends up in a whole new world. Unfortunately for her, in Seijo no Maryoku wa Bannou Desu, the ritual that summoned her was meant to produce a “Saint” who would banish the dark magic, however, it split between two persons instead of one. Now, everyone prefers the second girl over Sei, who leaves the royal palace to set up shop making potions and cosmetics with her newfound magic.

And if you can go to the movies… check: “Uchuu Senkan Yamato” to Iu Jidai: Seireki 2202-nen no Sentaku, Cider no You ni Kotoba ga Wakiagaru, Meitantei Conan: Hiiro no Dangan, Kidou Senshi Gundam: Senkou no Hathaway or Sidonia no Kishi: Ai Tsumugu Hoshi.