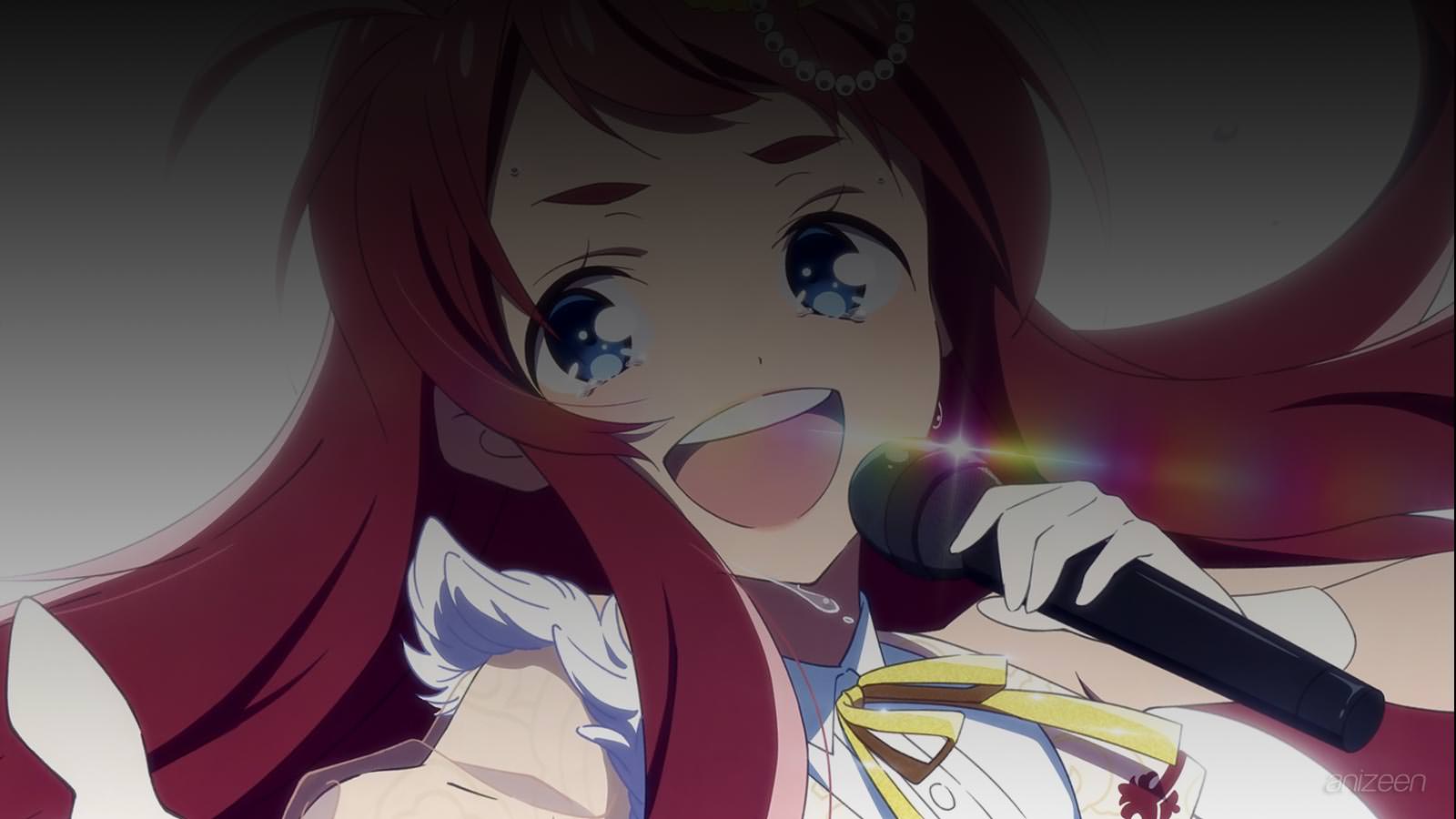 Sakura Minamoto is a second year Zombie, she has a dream to become an idol, and she thinks that this year she will have her chance.

Early in the morning, she prepares to leave her home, unfortunately for her, as soon as she steps out; a vehicle hits her.

A bit later, you see Sakura opening her eyes, without previous memories, she tries to leave the room. Suddenly, someone appears. Startled, she sees a zombie in front of her, doing what zombies usually do. Sakura waits no minute and leaves that strange house immediately.

It is raining heavily, and she runs desperately searching someone to help her. Finally, she sees a police officer coming to her, as soon as he sees her, the young man panics and screams. Sakura does not understand what is going on, until she sees her reflection, she is also a zombie.

During the commotion, the police officer shoots her right in the middle of her body. Sakura falls down, and gives the man one last look before passing out. The next morning, she meets Kotaro Tatsumi, a manic producer and necromancer.

He is responsible for Sakura’s resurrection, and now, she understands she is not alone, as other zombie girls ‘live’ in the same house. He tells her that she has been dead for ten years, and that she has returned to revitalize the Saga Prefecture by forming a local idol group.

Kotaro is loud, pushy and strange, and as soon as Sakura can move, he tells her they already have to perform in front of an audience. As a result, they end up named as Death Musume, screaming with no sense in a death metal concert.

Somehow, Sakura and the group are able to hide the fact that they are all zombies, especially because Kotaro is a makeup artist.