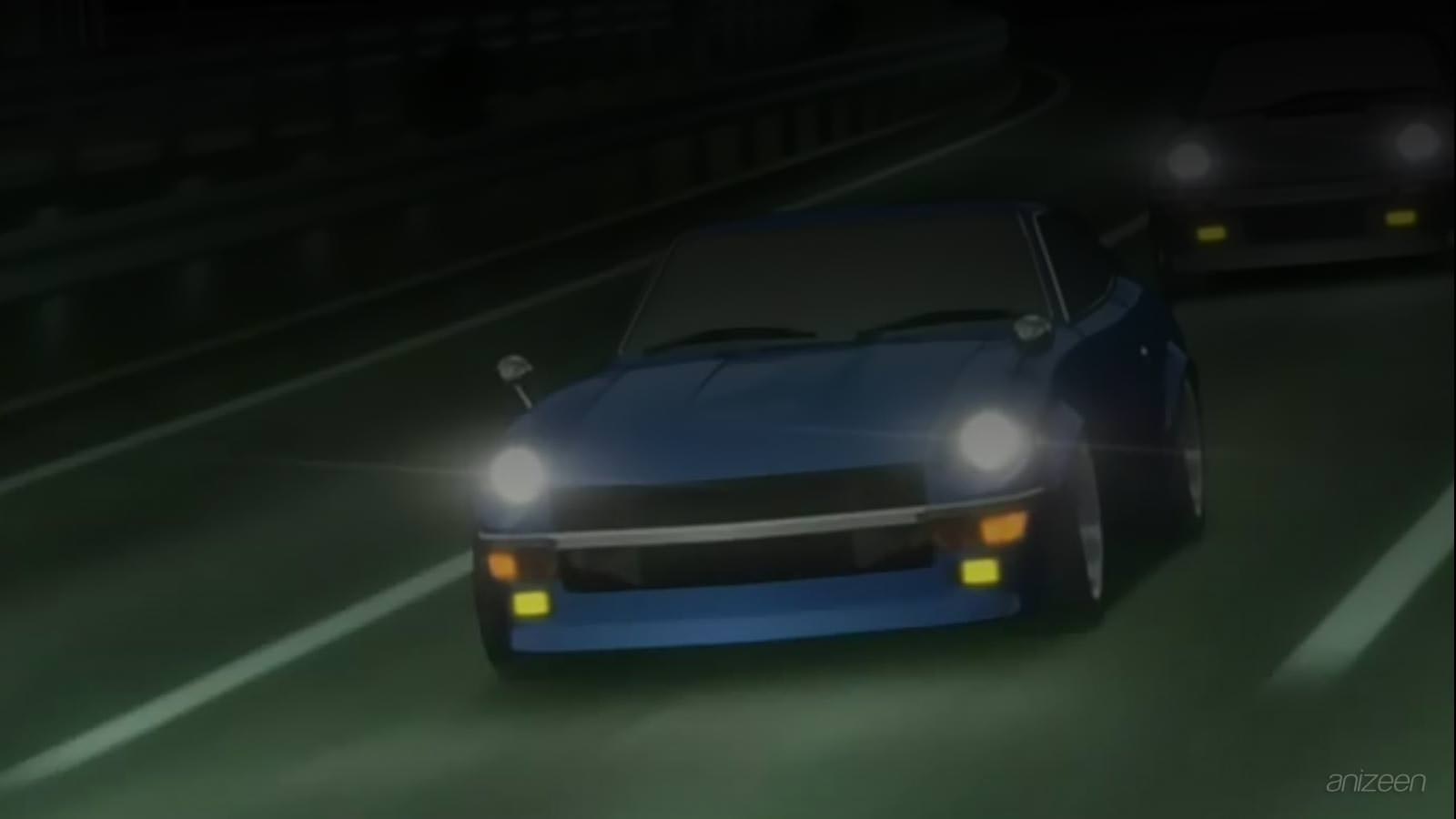 The story gets its roots from the actual street racing that occurs on Tokyo’s Shuto Expressway, one stretch of which is known as the “Wangan”, literally meaning “bay side” (although it is generally used to refer to the freeway), the longest, straightest road in the entire country.

Of course, there’s also lots of traffic to contend with, including a fair number of heavy trucks. Because of this, the action is inherently hazardous, and wrecks are common. Blown engines are also a frequent hazard, especially with the extreme-high power engines.

One day, Akio Asakura, a third year high school student, is driving his Fairlady Z (Z31) and is challenged by Tatsuya Shima, a doctor, in his black Porsche 911(930) Turbo (nicknamed the “BlackBird”). With a friend in the passenger seat and two girls in the back, Akio pitifully tries to win, but is defeated. Determined to become faster, he goes to the junkyard to buy parts for his car, when he sees a pristine, unscratched midnight blue Fairlady Z (S30) in the junkyard. Intrigued as to why such a machine is about to be junked, he buys it. He soon finds that the car is unnaturally fast due to a tuned L28 engine, bored and stroked to 3.1 liters combined with twin turbos, which produces 620bhp.

He also finds that all of the car’s previous owners had the same exact name as Akio and they’ve been in unfortunate accidents in it, starting with the first owner’s death. All but one of the Z’s subsequent owners have died as a result of trying to control its power. The manga follows Akio’s various encounters, though the central plot revolves around his constant battle with the BlackBird for superiority.

Akio Asakura is the main protagonist of Wangan Midnight. An ambitious racer who started when he was very young, Akio is in his final year of high school as the story begins. Drove a red Nissan 300ZX (Z31) until, after a humiliating loss to Tatsuya Shima, he discovered the “Midnight Blue Devil Z”, a Nissan Fairlady Z S30Z (known as the Datsun 240Z in certain markets) which is supernaturally fast and extremely hard to drive.

Regarded as a legend on the Wangan, though he is actually a humble young man. Still, despite his gentle demeanor, he’s dead serious about racing. Like virtually everyone else in the manga, he has trouble forming intimate relationships, although he has made some slight inroads with Reina Akikawa. His day job is a waiter for a fancy restaurant, but then got fired for showing up late too often due to late night racing.

He’s regularly exposed to the active social scene at the heart of Tokyo. He was already a pretty accomplished racer with his old car, but behind the Devil Z, he’s nearly invincible. He also has tremendous adaptive ability and can learn to drive virtually anything.

Reina Akikawa is the primary love interest of Akio Asakura. A fashion model by day and a street racer by night. She finds Akio on the Wangan and becomes obsessed with him and the Devil Z, driving her to tune her car and even steal the Devil Z. After getting her own Nissan Skyline GT-R R32, she discovers a previously unknown aptitude for street battling. She’s very sociable, and has lots of acquaintances, but has no real boyfriend. While she is an idol, she is quite modestly dressed.

Tatsuya Shima is the main rival of Akio Asakura, as Akio is the only one who regularly gives him a challenge. He drives a heavily tuned Porsche 911(930) Turbo that is known as the “BlackBird” (depicted as a Nissan 350Z in the English version of the arcade racing games). He’s an extraordinarily skilled driver and has only been in one wreck during the course of the manga. He knows the limits of his vehicle and will never risk disaster by pushing it beyond its safe limits. This actually cost him a couple of battles, but he always learns from his failures and comes back even tougher. He’s a doctor by day, but his exact practice is never revealed.

Wangan Midnight
(湾岸ミッドナイト)
Is a seinen racing manga series created by Michiharu Kusunoki, which has been serialized in Kodansha’s Young Magazine since 1992. The series has been adapted into a series of live action feature films, video games and a television anime series, which aired on June 8, 2007 in Japan on the anime satellite television network Animax. The anime series is produced by OB Planning, the same studio behind the production of the Initial D anime series. Keiichi Tsuchiya is responsible for editorial supervision on this series as well.
OP
1. “Lights and Any More” ~ TRF
ED
1. “Talkin’ bout good days” ~ Mother Ninja
WEB

OP ~ Lights and Any More