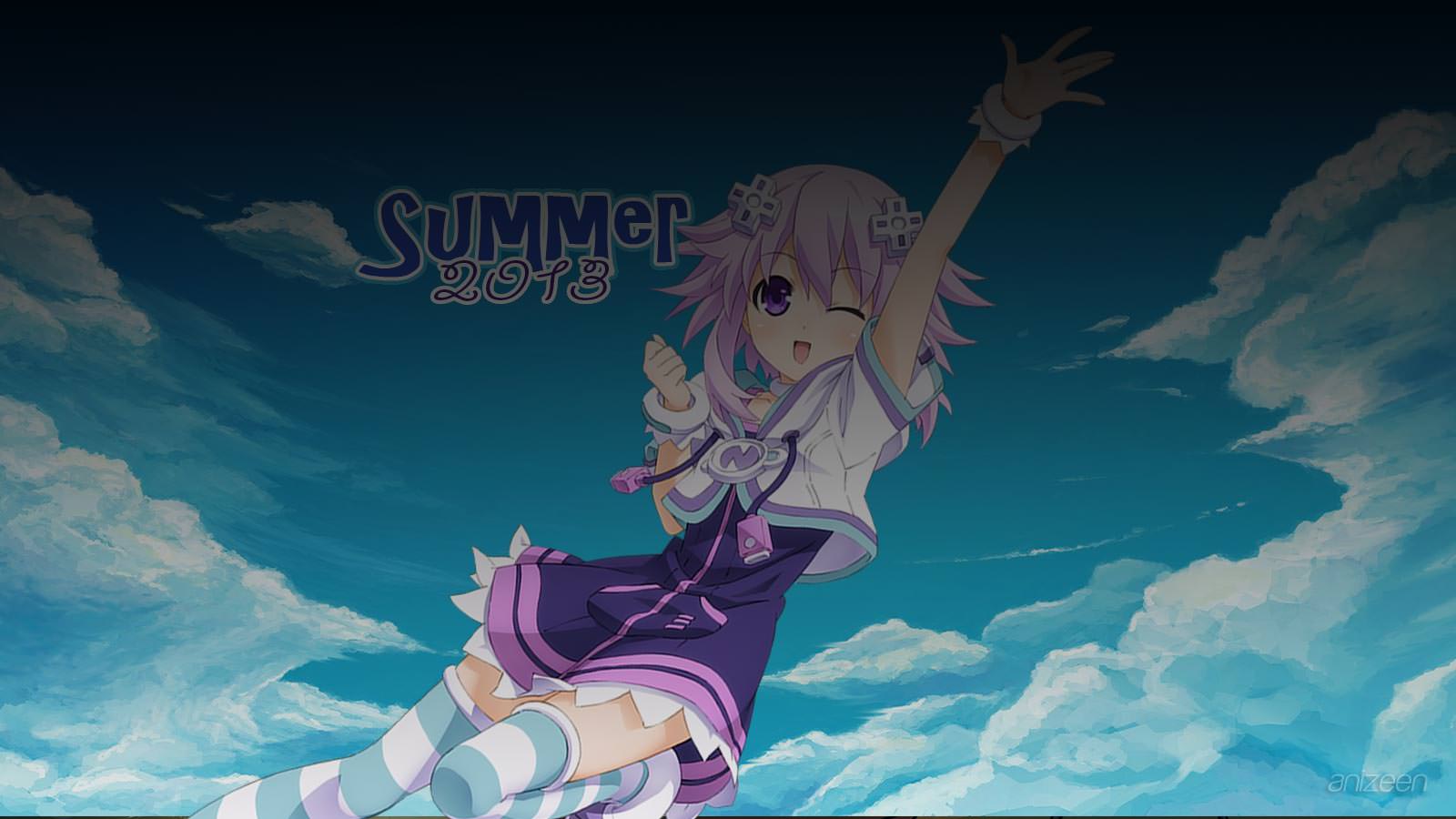 It’s been quite a year so far, sometimes it seems to be really slow and suddenly the time is gone. It’s true when they say that life is bliss, so take a good look around and enjoy it.

Just like that, the spring season is almost gone and the summer is really near. In terms of anime, this means that a busy season is ahead of us. You’ll have a lot to watch and as usual, a lot of movies will be aired in Japan.

First in line, comes a new spin-off series from Fate/stay night, in Fate/Kaleid Liner Prisma Illya, Illyaviel von Einzbern is an ordinary middle school student that becomes a magical girl by the name of Prisma Illya. You’ll be able to see many characters from other series, but the set is completely different.

In Choujigen Game Neptune, we find a world named as Gameindustri, there are four countries, and each one has a Goddess as its leader. Between each of these countries exists a source of power known as the ‘Share’, and for a long time, a war between them has continued to gain control of it. Now, the Goddesses will try to stop the war and change the world.

In Makai Ouji: Devils and Realist, William Twining is a young noble with severe financial issues. One day in his basemen he accidentally summons Dantalion, who recognizes him as a descendant of Solomon. Suddenly, William becomes a candidate to rule Hell while Lucifer rests for a while.

And if you want to laugh, I’d like to think that Inu to Hasami wa Tsukaiyou will have something that will make you smile. Here, a school boy, Harumi Kazuhito, is obsessed with reading books, unfortunately, one day he will be killed during a robbery and suddenly he will resurrect as a dog owned by a sadistic girl named Natsuno Kirihime.

Meanwhile, in a strange setting, Uchouten Kazoku, presents the city of Kyoto, where humans, tanuki -those that look like a raccoon-dog, and tengu -long-nosed goblins- live together. Yasaburou is a kid, but he has a very peculiar family, the Shimogamo family consists of tanuki.

But if you want a more serious anime, in Kami-sama no Inai Nichiyoubi, God has abandoned the world and now, no one is able to die or reproduce. In a village, Ai, the grave keeper has been preparing 47 tombs for everyone in town. Suddenly, a boy will arrive and slaughter everyone, it seems those toms will be used after all.

And, in WataMote… or Watashi ga Motenai no wa Dou Kangaete mo Omaera ga Warui!, Tomoko Kuroki is a girl with a big dream, she wants to be popular as a high school student. However, she has a rude awakening; the cruel reality is not like the games she is used to play, where everything is lovely.

And what about OVA and ODA? Well there are also some from well-known series like Natsume Yuujinchou, Rou Kyuu Bu!, Kami Nomi or Papa no Iukoto o Kikinasai! or Kami-sama Hajimemashita (2013).

Finally, in terms of movies, you really want to watch what Ghibli prepares in Kaze Tachinu, or how about the long awaited Captain Harlock (2013) or the AnoHana movie?

There are so many things to pick from, get ready and find a good spot to watch a lot of anime this summer.