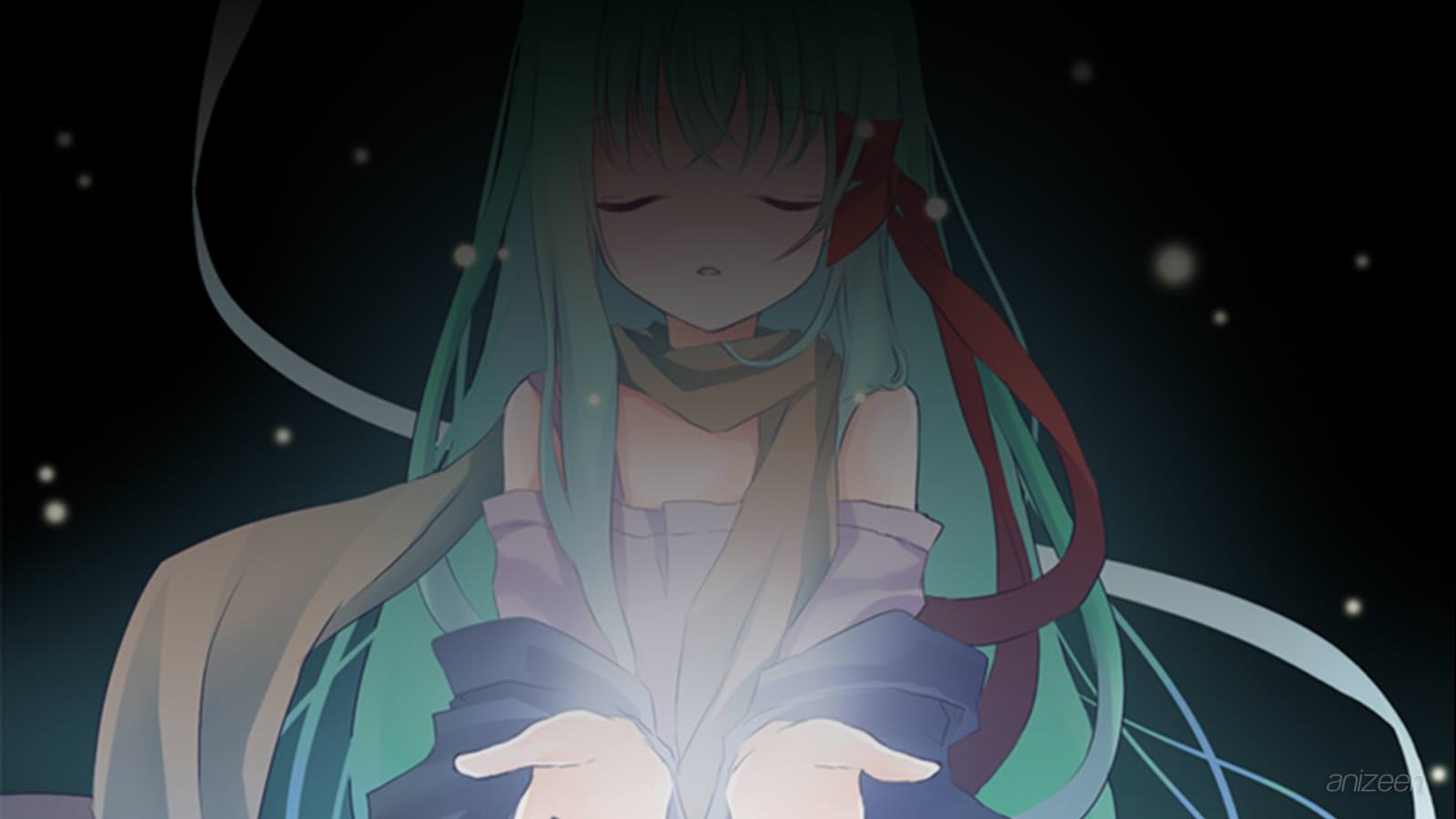 Mushi-Uta’s story takes place in the near future. Ten years before the story’s opening, strange insect-like creatures known as “Mushi” began appearing. The Mushi are able to consume peoples’ dreams and thoughts in return for supernatural powers.

Daisuke “Kakkou” Kusuriya encounters a young girl named Shiika Anmoto. The two, in time, become quite close. However, unbeknownst to Kakkou, Shiika is an escapee from a secret prison known as GARDEN where those possessed by the Mushi, known as the Mushitsuki, are held.

GARDEN’s military force, the Special Environmental Conservation Executive Office, dispatches its finest killer to track down Shiika. However, they are faced with resistance from the Mushibane resistance organisation, led by the secretive “Ladybird”.

Daisuke Kusuriya is the main protagonist, it is believed that he is the strongest host in SEPB. His alias is “Kakkou” (かっこう). Years ago, he shot Shiika’s mushi, and promised her to make her dream come true. However, he does not seem to realize that Shiika was the girl he made the promise to. He has a sister named Chiharu, whose whereabouts are currently unknown. His mushi power manifests in powering a gun he carries. It is hinted that the more powerful he makes the bullet, the more his dreams or energy is drained.

Shiika Anmoto is thought to be one of the most dangerous host. Her mushi, “Fuyuhotaru” (ふゆほたる), was killed by Daisuke years prior to the main story. After she regained her memories and emotions, she escaped GARDEN, and was found by Daisuke. She now lives in Rina’s house and goes by the alias “Snow Fly” (スノウ・フライ) within Mushibane. Her mushi power is unspecific where the mushi shines like a bright ball and is able to cause heavy impacts with high velocity tackles.

Rina Tachibana is Daisuke’s classmate, and the leader of Mushibane. After seeing Shiika, she let her stay in her house. She has a crush on Daisuke, unaware of his true identity or his feelings for Shiika. According to Daisuke, she reminds him of his older sister. Her alias is “Lady” (レイディー) and her mushi is a giant ladybug. Her mushi power is to summon her ladybug nicknamed “Nanahoshi”. She is able to ride Nanahoshi to fly. Her most powerful attack used on a berserk Centi seems to be a highspeed sonic slash.

Keigo Haji is the leader of the SEPB branch on Ouka city. His sister lives by eating away his dreams, a fact only known to him and Daisuke.

Touko Goroumaru is Haji’s ditzy secretary. She mainly serves to lightened the mood when Haji and Kakkou (or other SEPB members) are talking in a serious tone.

Azusa Horizaki is a double agent working for both Haji and Mushibane. Her true intentions are a mystery. Her alias is “Minmin” (みんみん), and her mushi is Cicada. Her mushi power involves spying as the cicada acts as a tapping device. It also has the ability to shoot small lasers and somehow grants Minmin the power to fly and float.

Mushi-Uta
(ムシウタ)
A light novel series by Kyouhei Iwai, with illustrations by Ruroo. There is also a short story light novel series called Mushi-Uta bug that is serialized in The Sneaker magazine. A manga adaptation by Seijuro Miz is serialized in Shounen Ace magazine. An anime television series adaptation directed by Kazuo Sakai began airing on July 5, 2007. A second season was announced on September 5, it will have 12 episodes.
OP
1. “Mushi-Uta” ~ Akatsuki
ED
1. “Sayonara” ~ Hiromi Sato
WEB