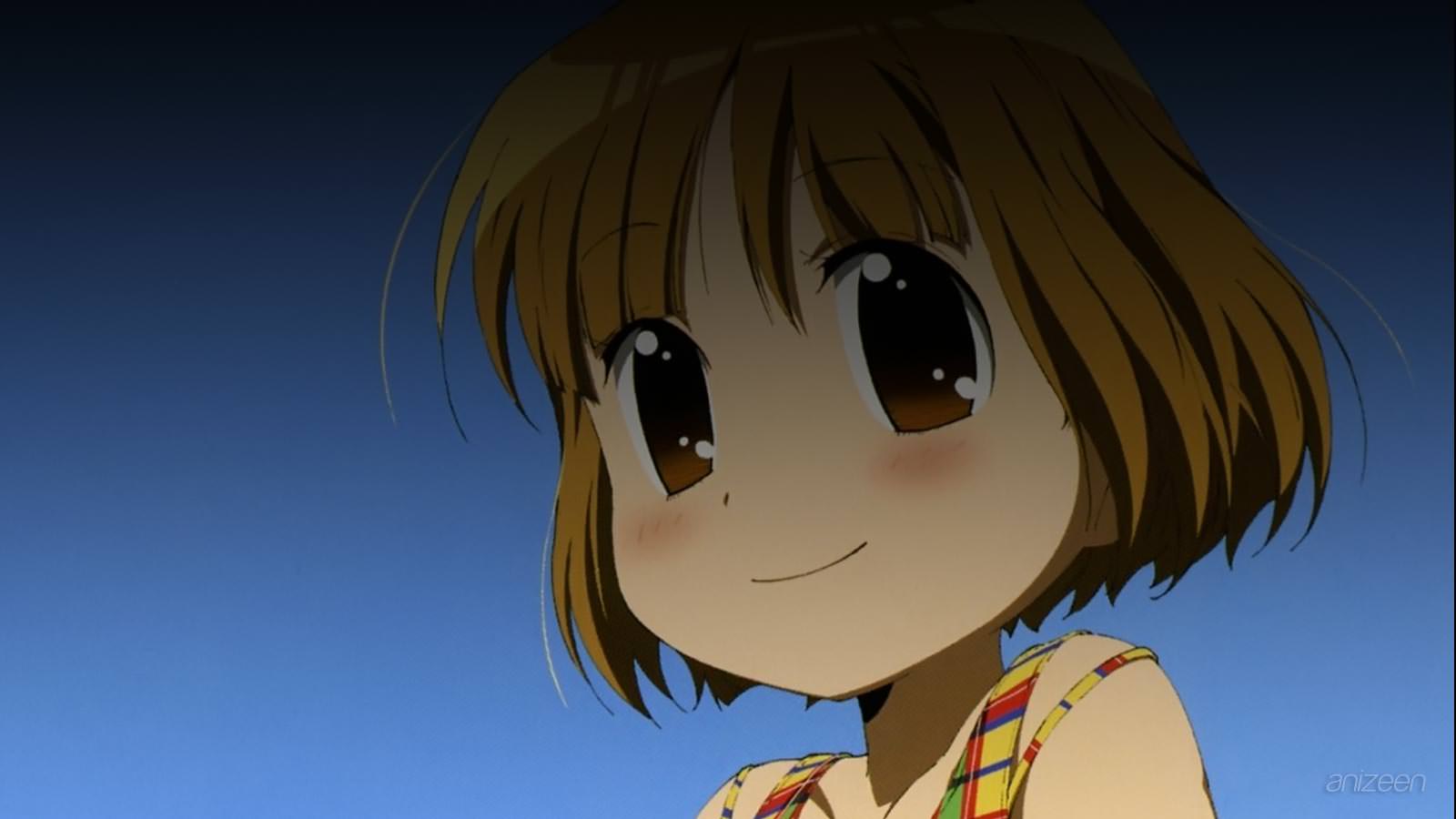 Thirteen year old Kana Nakamachi hasn’t had the easiest life; after losing her parents early in life she went to live with her grandmother who dies after some time.

While Kana is trying to cope with the loss, collectors arrive at Kana’s home and start carrying out furniture. When Kana asks them what they are doing, they say they “were told to remove all of the old lady’s things”. Kana believes this includes her as well, and she panics, grabs as many things she can fit in a backpack, and runs away.

She searches for a place to stay and get a job, and finds a newspaper shop, called Fuhshin Shinbun, with a “help wanted” advertisment. Fuhshin Shinbun is a special place, filled with women of various types including a six year old assistant chief, a college student lolicon, a would be college student, a pastry student and others.

After witnessing the other workers’ bizarre habits, she sets off to find another possible venue. After spending a day being unable to find one, Yume Kitaoka crashes into her with her bike.

Kana wakes up back at the newspaper shop where the girls are trying to care for her injuries. They all freak her out again, but because she’s so hungry, they manage to get her to at least stay for dinner.

She prepares them all a nice meal, and just because of this, everybody wants Kana to stay. She has a completely random change of heart and decides to stay with them, even though she was trying to escape seconds earlier.

Kana Nakamachi is willing to prove herself to do what she needs, but is often unsure about her abilities. She has lost her parents prior to the events of the story, to events that have yet been explained. As such, she has been living with her grandmother ever since she was little. Just prior to the series, her grandmother also died, resulting in Kana living alone. Kana is a particularly soft spoken and shy girl who also gets frightened a lot, particularly in the presence of Haruka.

Saki Amano is the assistant chief of Fuhshin Gazette, despite still being in grade school. She is the only “serious” one of the group, and frequently reprimands the other girls when they neglect their duties. However, she often helps Kana with her problems, including stepping in when Haruka becomes too invasive, and is also prone to giving spontaneous rewards to everyone else.

Yume Kitaoka is carefree and consistently in a good mood, sometimes to the point of annoyance in people around her. She is a student at a patisserie academy, and, whenever cooking, often adds far too much sugar than what the recipe calls for. She and Yuuki are a couple, albeit an odd one.

Yuuki Minami is usually placid, except when Yume is doing something with someone else without her. When Kana sees them kissing, she decides to look for employment elsewhere. When it comes to Yume’s affections, Yuuki is very territorial; whenever Yume does something fun or shares an exciting conversation with someone else, Yuuki get’s extremely jealous.

Mika Kujiin is a newspaper deliverer at another center, although she won’t admit it unless directly confronted. She is quick to blame others, and frequently turns her mistakes into inconveniences.

Hinata Azuma is rather carefree, and likes to gamble or invest through various means, such as Horseracing and the stock market, but is otherwise hesitant about spending money on things such as cotton candy at a festival, claiming it to be “just a bunch of sugar”. She has attempted to join a college numerous times, but has failed entrance exams twice.
More at: Wiki

Kanamemo
(かなめも)
Is a Japanese four-panel comic strip written and illustrated by Shoko Iwami. The strip has been serialized in Houbunsha’s seinen manga magazine Manga Time Kirara Max since June 19, 2007. It is about Kana Nakamichi and her growing experience as a newspaper deliverer, cook, and orphan. An anime adaptation was produced by Feel Studio and premiered in Japan on July 5, 2009.
OP
S1. “Kimi he to Tsunagu Kokoro” ~ Aki Toyosaki, Kaoru Mizuhara and Rie Kugimiya
ED
S1. “YAHHO!!” ~ Yui Horie
WEB

OP ~ Kimi he to Tsunagu Kokoro