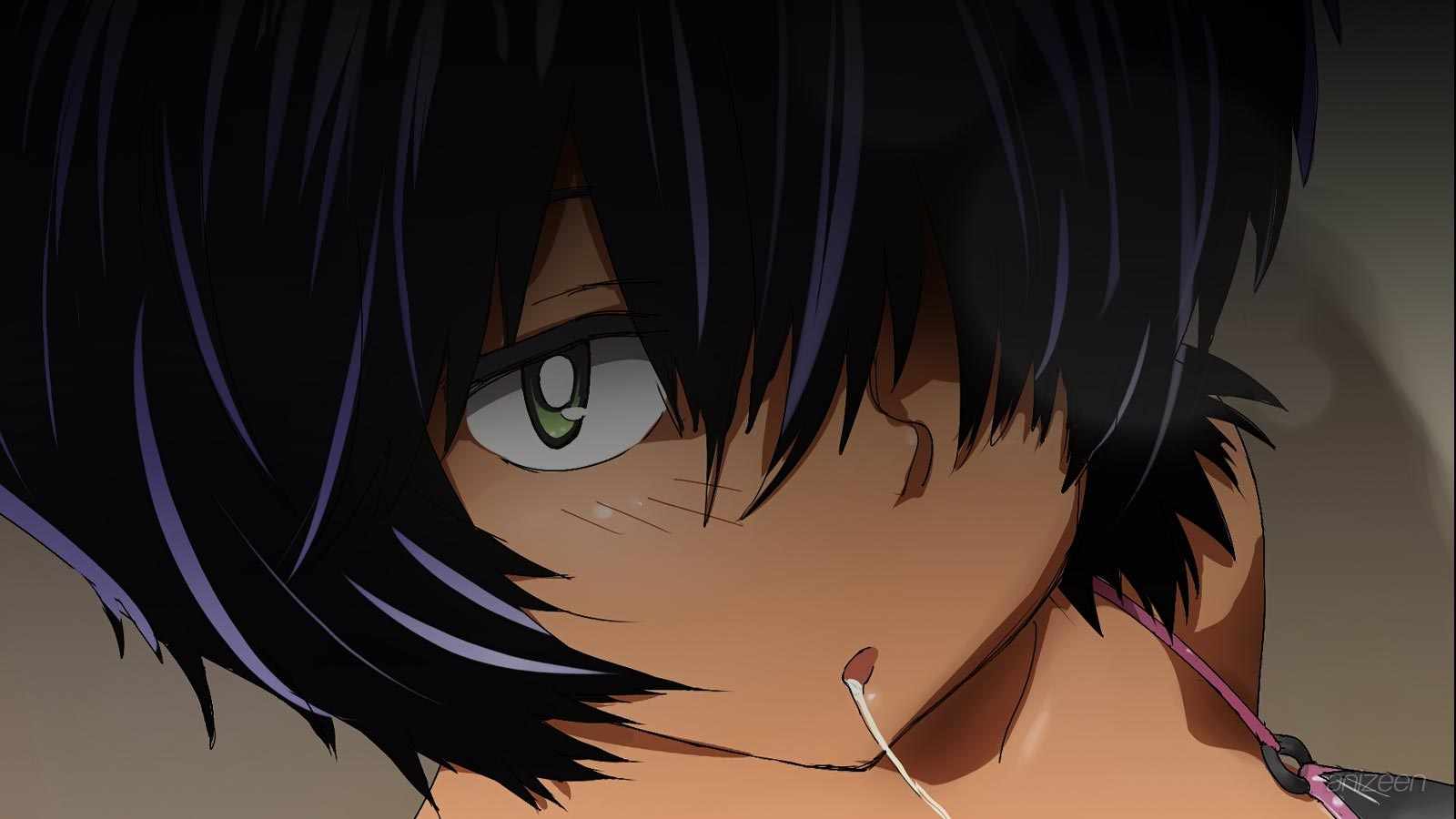 Akira Tsubaki is a regular high school boy, he has reached that point in life where he begins to recognize girls. He wonders how will be the first girl he dates, or the girl who will be with him to discover something called sex. Oh well, he is in that age, no?

One day, a new transfer student is introduced. She is Mikoto Urabe, a girl with a dark aura around her. Mikoto sits next to Akira and the classes begin. During lunch, Mikoto wastes no time to sleep, even though her classmates want to have lunch with her; she apologizes and tells them she is really tired.

After the lunch break, the math class is really boring, but somehow, Mikoto starts laughing. She can’t control the laughter and even falls down to the floor. Of course, if something like that happens in high school, you’d expect everyone around to look after you as a weird person.

One day, after school activities are over, Akira remembers that he has left his lunch box in the classroom. He goes all the way back to pick it and finds Mikoto sleeping in her desk. It’s late and they are supposed to leave the school facilities, so Akira decides to wake her up.

To his surprise, Mikoto wakes up and leaves a nice pond of drool in the desk. She leaves the classroom and Akira stays a little longer. For a strange reason, let’s call it adolescence, he reaches Mikoto’s desk with his finger and tastes the saliva. He realizes he is doing something really strange and goes home.

That night, Akira has a strange dream, and Mikoto is part of it, and during the next days he can remember it vividly. The next day, during the P.E. class, Akira starts having health problems and collapses.

Akira stays home with fever and Mikoto decides to pay him a courtesy visit. Akira is surprised to see her, and even more surprised that Mikoto tells him his saliva secret.

Mikoto doesn’t make fun of him, instead, she tells him to open his mouth to receive a little more saliva from her finger. She tells him that he is not really sick, but aching for the taste of the one he loves.

Now, it seems that Akira and Mikoto share some sort of saliva romance.

Akira Tsubaki is an average boy by most standards. He lives with his sister and his father. His mother having since passed away when he was very young, put his sister to fulfill the motherly role instead. When Urabe transfers into his class, he is initially intrigued by her, particularly after one outburst of her hysterically laughing. After school one day, he wakes Urabe up from her desk, only to find a puddle of drool left behind. Absent-mindedly, he takes some on his finger and tastes it. Shortly afterwards, he falls ill. When Urabe visits him, she claims that he is suffering from “love-sickness”, which he most likely got from tasting her drool. From there, the relationship begins, and Tsubaki quickly asks Urabe to be his girlfriend.

Mikoto Urabe is the mysterious girlfriend of this series. Very little is known about her, as Tsubaki’s occasional visits to her apartments have never shown her parents to be around. She initially transfers to Tsubaki’s school and gives off an unsocial air, she refuses to eat lunch with her classmates in order to sleep. One day, she breaks out in hysterical laughter during class, falling to the ground. When later telling Tsubaki about it, she reveals to him that she heard a voice saying that he would be her very first intimate partner. Among her many other quirks, Urabe is notable for her skill with scissors.

Nazo no Kanojo X
(謎の彼女X)
Is an ongoing Japanese manga written and illustrated by Riichi Ueshiba. It originally was published as a one-shot story in 2004 before becoming a serialized comic in Kodansha’s Afternoon magazine in 2006. An anime adaptation by Hoods Entertainment began airing in Japan from April 7, 2012.
OP
S1. “Koi no Orchestra” ~ Ayako Yoshitani
ED
S1. “Houkago no Yakusoku” ~ Ayako Yoshitani
WEB