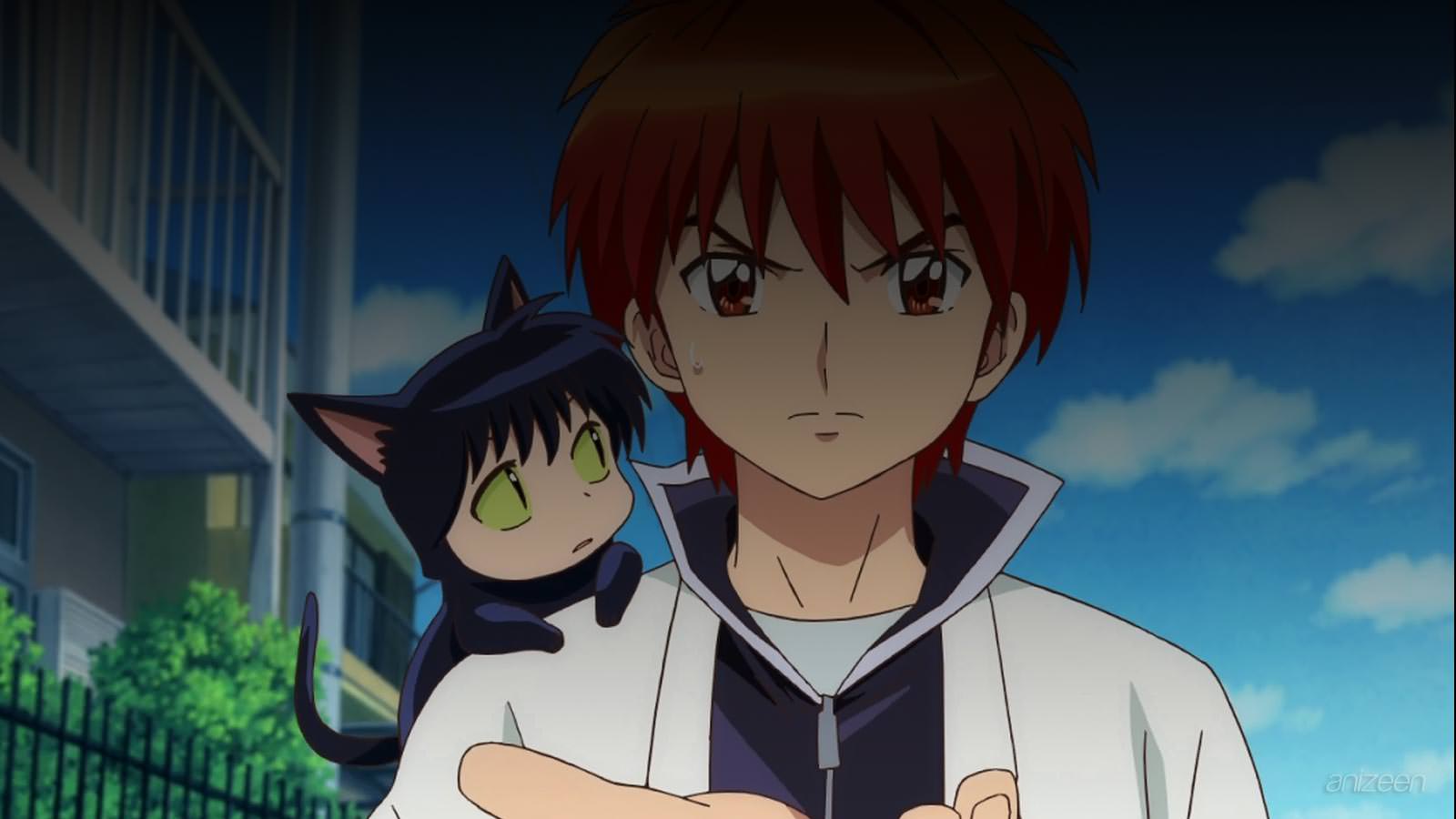 Sakura Mamiya is a high school student, she’d love to ignore some of the things that go around her, unfortunately, she is able to see ghosts and spirits.

It’s been some weeks now, and his neighbor in the classroom has not shown once. One day, Sakura is able to see a person sit next to her, she wonders if he is Rinne Rokudo, and why he is wearing strange ropes at school.

Sakura stays silent watching, and suddenly his teacher begins to take assistance and comments that Rinne is still absent. But he is right next to her… enticing a big Chihuahua dog. But no one else sees it, and Rinne is literally taken away by the spirit.

The next morning, everyone is surprised to see Rinne at school, he is wearing his old junior high uniform, and his teacher believes he has financial problems at home. And he really does, he barely survives.

Meanwhile, one of Sakura’s friends has a new phone, but she is not very happy, she receives strange calls from a person, asking her to go near the gym later that evening.

Rinne listens and tells them a story about a little offering box in the back yard of the school, they can make a donation and somehow their wish might come true.

Sakura and their friends take Rinne’s advice and present some food and a coin. Rinne appears wearing his strange robe and takes the goods, Sakura stands still watching as her friends run away thinking a ghost has appeared.

Sakura has no clue what is going on, but tells Rinne he better help out her friend. And he does, takes the phone and investigates the origin of the strange calls.

Actually, it is a spirit who finished his life suddenly, leaving unfinished businesses behind. Sakura hangs along and find out it was an old friend to their homeroom teacher. Who appears next to the gym to tell the tragic story of his friend.

Rinne is a shinigami, he wears a robe that allows Rinne to not be seen by ordinary living beings and, when reversed, turns a ghost into a solid being.

He explains everything to Sakura, who has been contacted by another ghost, and is waiting for her to chat. After losing control, the spirit begins to chase Sakura and Rinne takes her as a bait into the otherworld.

There, Rinne is able to buy some goods to control the spirit and take him back to the wheel of reincarnation, so that they may be reborn.

Sakura is not supposed to know this place, but she does, and barely remembers it.