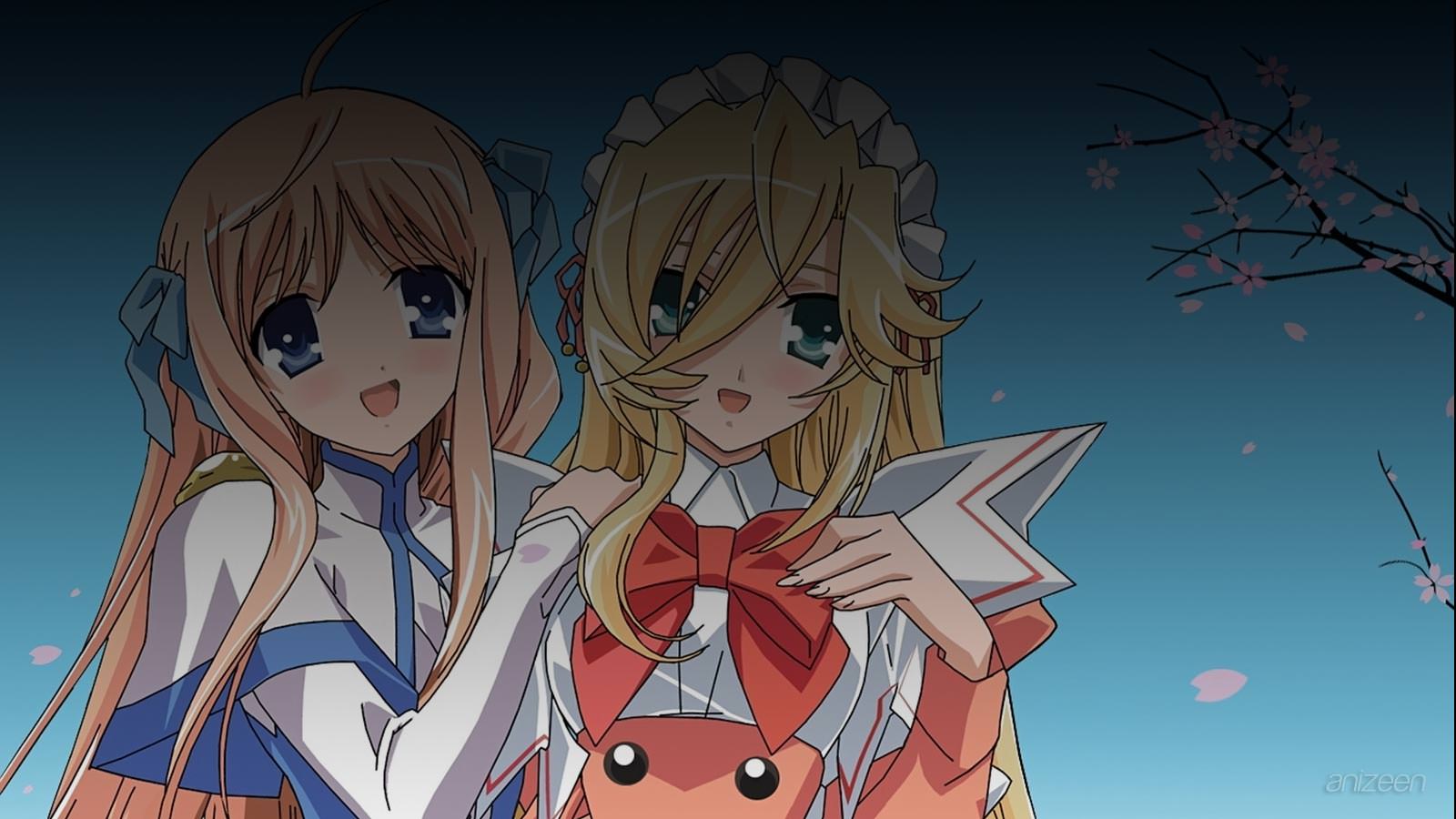 Kyoshiro to Towa no Sora revolves around the life of Kuu Shiratori who is a seemingly normal high school girl who enjoys school life in the giant city Academia, which is thought of as a symbol of recovery for humanity since already ten years have passed since the greatest disaster mankind had ever seen occurred.

Kuu has recently been having a recurring dream where a prince meets her and takes her away. One day, while all the students at her school are preparing for the upcoming school festival, the prince whom she has met several times in her dreams appears. The prince, whose name is Kyoshiro Ayanokoji, requests of her just as he had done in Kuu’s dreams, “Let’s go…together…“

The series melds together several elements both familiar and new. The majority of the main characters appear to be involved in romantic relationships. Kuu is often struggling to make sense of who is truly in love with whom.

A large amount of kissing is witnessed very early in the series. The Absolute Angels are superhuman in nature and to remain so they must draw energy from a human being through the lips, a theme borrowed from Steel Angel Kurumi.

As partners, Kyoshiro and Setsuna kiss all the time and yet he also enjoys kissing Ku. Lady Mika also appears to partake in making love and/or punishing many of her close female subjects. Thus, there seems to be a great deal of polyamory involved with many of the characters.

The series breaks from the regular battle etiquette in which the pilot of a mecha climbs into the cockpit. Rather, the Angels materialize and control their mecha from without or manifest specific parts of their bodies into large mechanized limbs.

Kuu Shiratoriis quite the normal high school girl who feels as if she is drifting through her existence and she always describes herself as being “empty”. She never misses a chance to give letters to the mysterious prince in her dreams and frequently talks to him in her thoughts. In reality she is an introverted girl, believing that she lacks good qualities. She appears to be easily overwhelmed by situations that deviate from her previous experiences and expectations.

Kyoshiro Ayanokojiis instantly likened by Kuu as the prince in her dreams when he transfers to Kuu’s school from the legendary Joutou Academy. He is a refined gentleman, adept in horseback riding, and has a tendency to play the violin while deep in thought. Kyoshiro is the youngest of the four children in his family.

Setsuna, also known as “Setsuna of the Moment of Dreams,” is the Absolute Angel Claiomh Solais. She fights alongside Kyoshiro as his partner. Rarely expressing any emotion, she is a perfect beauty who does everything flawlessly

Kyoshiro to Towa no Sora
(京四郎と永遠の空)
Is the title of a fictional Japanese manga created by Kaishaku which was first serialized in the Japanese shounen manga magazine Dragon Age in May 2006. An anime adapted from the manga began airing in Japan on January 5, 2007 and will contain 12 episodes. The series makes references to many of Kaishaku’s past works, namely Steel Angel Kurumi, Magical Nyan Nyan Taruto, and most notably Kannazuki no Miko.
OP
1. “Cross＊Heart” ~ CooRie
ED
1. “Madoromi no Rakuen” ~ Ceui
WEB