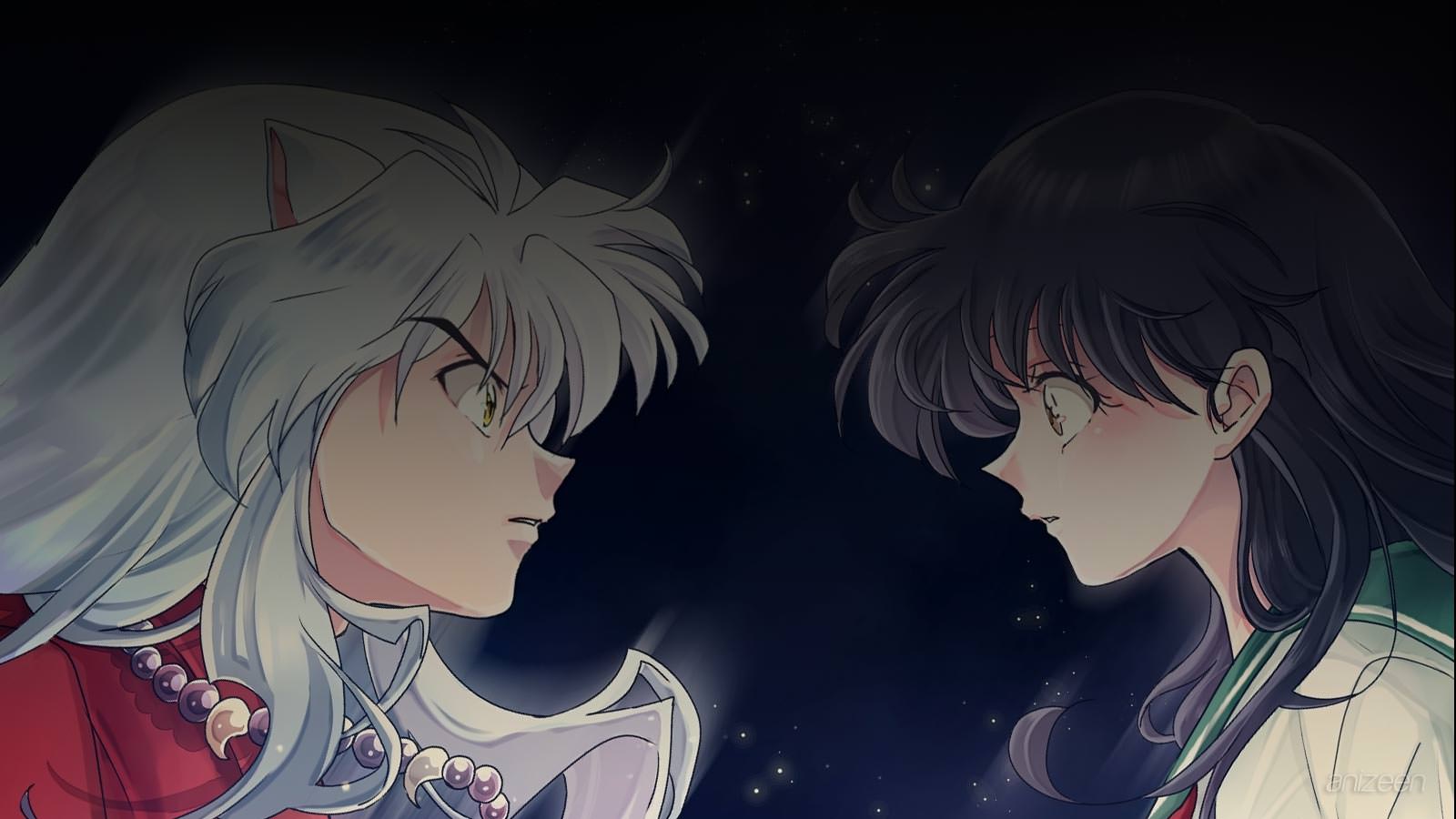 This series begins with Kagome Higurashi, a 15-year-old schoolgirl from modern day Tokyo who lived with her mother, brother and her grandfather.

On her 15th birthday the house cat ran into the shrine that they have and she went to chase after it. While she trapped the cat in the shrine, a centipede demon busts out and drags Kagome into the well with it.

While falling into the well the centipede was tries to take out of Kagome what was known as the Shikon no Tama. But Kagome fights it away and instead of falling to the bottom of the well she is transported to the Sengoku period.

While there, she meets a half-dog, demon named Inuyasha who was pinned to a tree by Kikyou, a women who was apparently according to the people of the time was incarnated to Kagome. While they first met a crow demon came out and tried to steal the jewel when Kagome used an arrow and shattered the jewel as it dispersed across ancient Japan.

Now with the jewel shard scattered across Japan, Inuyasha with the help of Kagome (who subdued him by a magical necklace) has to collect the shards while dealing with the threats the have caused.

Later in there adventure they meet up and partner with a fox demon Shippo, a monk named Miroku and a demon slayer Sango. They all discover that a half demon Naraku caused the relationship between Inuyasha and Kikyou to inflict conflict because they were originally in love.

As they travel, they find Naraku, a powerful half-demon, his main goal is to collect all of the shards of the Shikon no Tama in order to become a full Youkai.