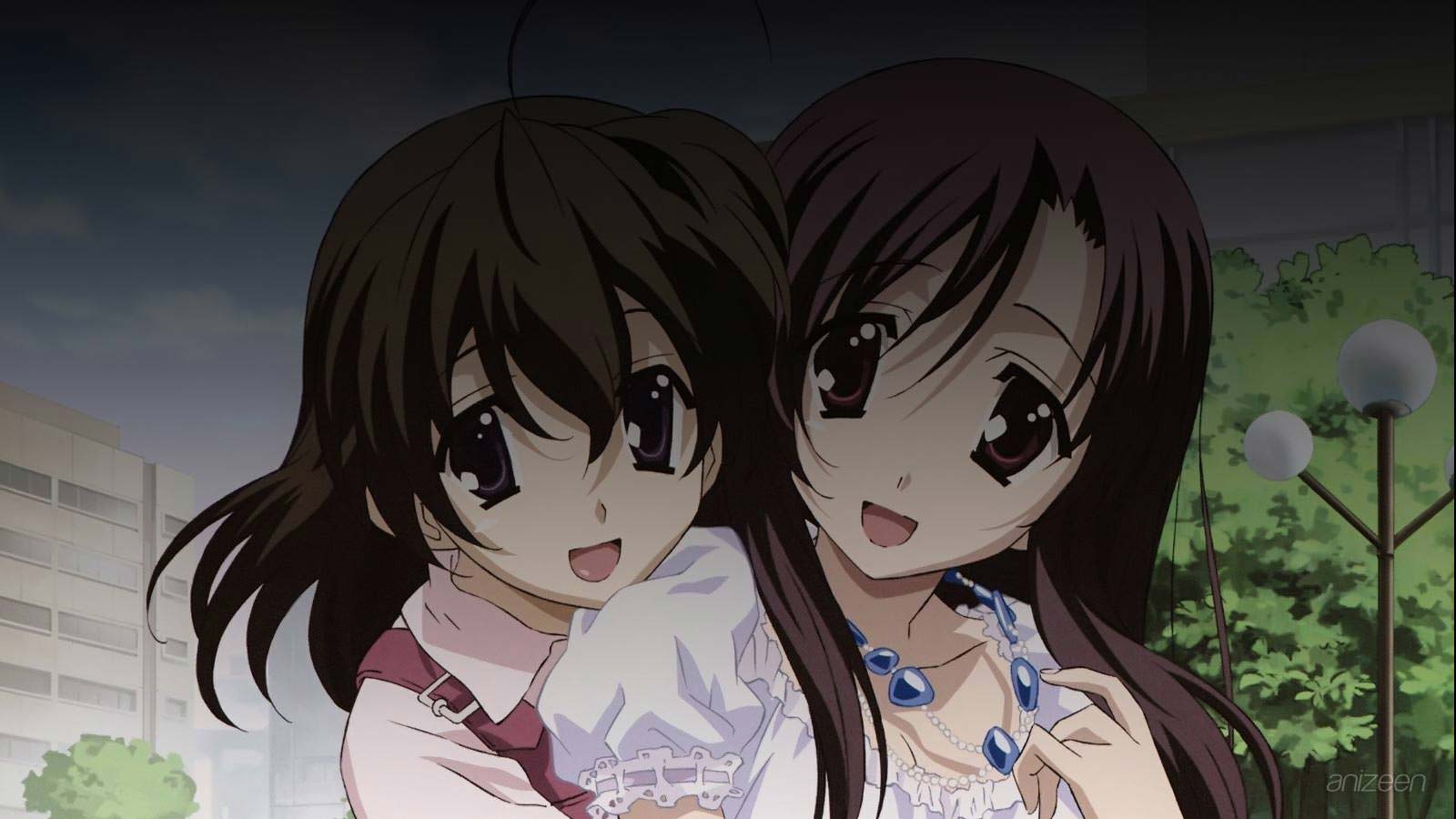 School Days starts out as a love-triangle shounen romance. First year high school student Ito has a stalker’s crush on Katsura, a girl who rides the same train everyday. Katsura is in the next class to Ito, but Ito doesn’t have the nerve to speak with her. Fortunately for Ito, long time friend and seat-mate Saionji, is friends with Katsura so Saionji offers to set the two up.

Ito is set up with Katsura and actually confesses to her. Ito is also in luck, because Katsura had a stalker’s crush on him on the train too, so they seem to be a match made in heaven.

But at the end when Saionji congratulates Ito on successfully becoming Katsura’s boyfriend, Saionji suddenly kisses Ito on the lips and then runs off onto a train with tears running down her face.

Makoto Ito attends Sakakino Gakuen and is in class 3, first year. His parents are divorced and he lives together with his mother in an upperscale apartment.

Throughout the story, he is indecisive and unable to decide between Sekai and Kotonoha. Between his indecisiveness and, in the game, the ability to turn the choices of the gamer around and do the complete opposite, he has gained the dubious honour of being regarded as one of the most pathetic adult game protagonists ever.

Sekai Saionji, also in year 1, class 3, she is Makoto’s classmate. Sitting next to him in class, she sees the picture that Makoto has secretly taken of Kotonoha on his mobile phone. She then helps him get close to Kotonoha despite harbouring strong feelings for him, kissing him at a train station near the end of episode 1. She lives with her mother in an apartment.

Kotonoha Katsura, in year 1, class 4. She takes the same train as Makoto and becomes his girlfriend. Despite her busty figure, she is quiet and has a respectable nature, but is also somewhat frightened of boys. She is disliked by the girls in her class. Her family is rich, with both of her parents working, and lives in a large house away from the city.

Setsuna Kiyoura, also in year 1, class 3, Setsuna is a member of the class committee and is childhood friends with Sekai. Their mothers are good friends working at the same company. She is the main heroine in Summer Days. Although looks silent and almost emotionless, she is conscious about the small size of her breasts, especially in comparison with Sekai and Kotonoha.

School Days
(スクールデイズ)
Is an animation adventure game developed by 0verflow. The game is vastly different from traditional visual novels in that it resembles an interactive anime with over 70 minutes of animation – a first for this genre. It is presented in widescreen format and divided into individual episodes similar to anime, and has opening and closing scenes for each one. The game has 21 possible endings, both good and bad. The game is infamous for its bad endings which are extremely violent, ranging from the killing of one of the other main characters and graphic depictions of suicide. A spinoff of this game released by 0verflow using the same system was Summer Days, which had no such violent endings. Despite the original material already resembling an anime, there is an anime adaptation, produced by TNK, that began airing in Japan on July 3, 2007.
OP
1. “Innocent Blue” ~ DeviceHigh
ED
1. “Usotsuki” ~ CooRie
WEB