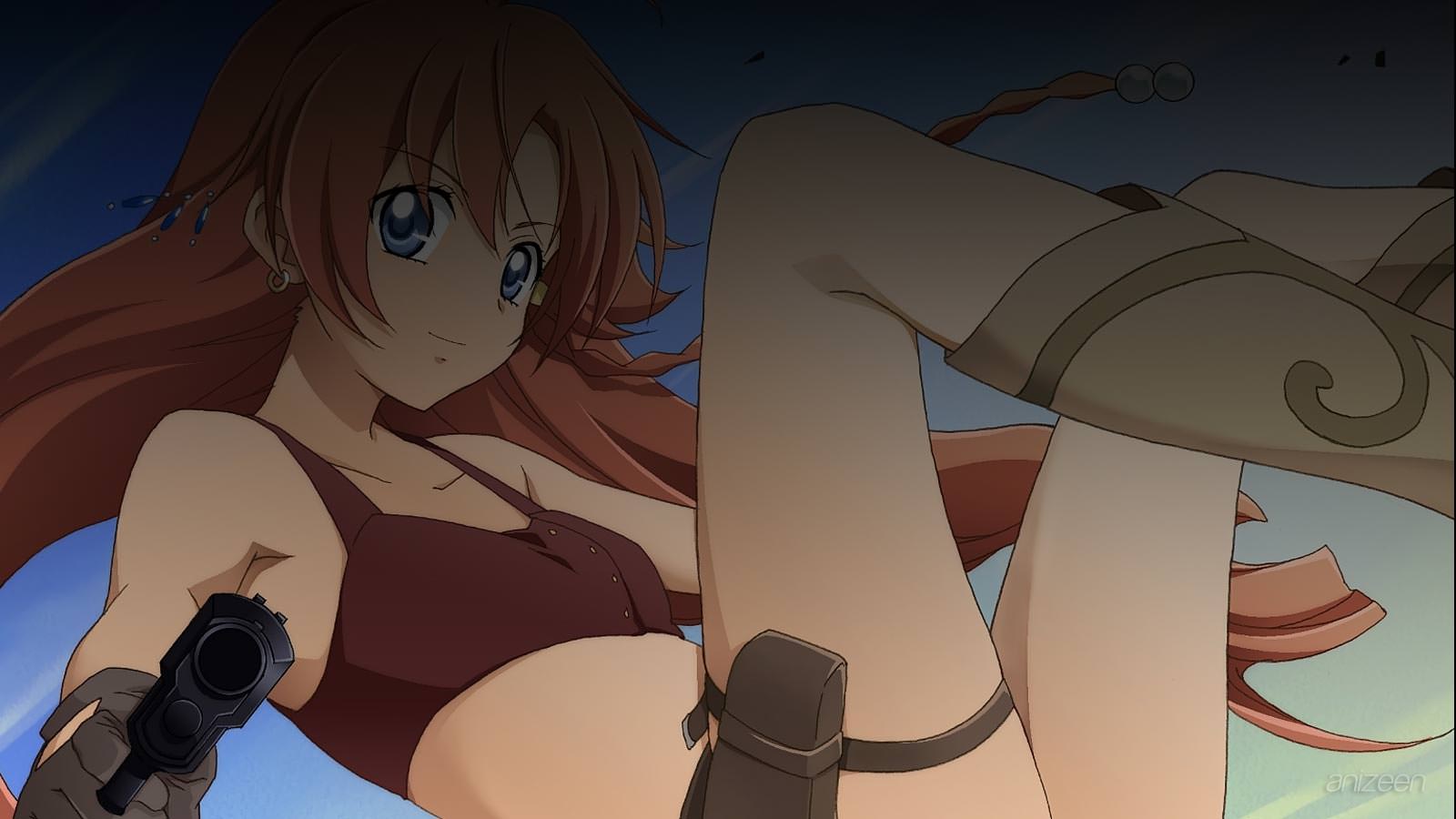 Nadie, a bounty hunter, is searching for a girl named Ellis in a small town in Mexico. Ellis is wanted on suspicion of the murder of physicist Heiz Schneider. When Nadie finds her, it appears some reward hunters are aware of Ellis as well, but Nadie ends up defending themselves. After getting away from the pursuers, Ellis happens to runaway from Nadie by jumping over a high fence with ease.

Nadie then decides to goto the place that Ellis is staying at and talks to an old lady, who is a sorcerer. There she finds that the old lady has been living with Ellis since she met her one day on the street, then, the old lady tells Nadie her fortune, and somehow binds her future to Ellis.

After that, Nadie notices that there are some suspicious men outside and leaves to find Ellis and take her away. Having gotten away, Nadie introduces herself to Ellis but eventually they hear an explosion coming from the old lady’s house.

They run to help the old lady, but some hunters are waiting, Nadie manages to get rid of one, but another one remains, then Ellis looks straight into the man’s weapon and uses some kind of power to make the man release the gun.

Going in to check the old lady, there happens to be a mysterious figure who happened to film what just happened. Before the old lady dies, she gives Ellis a red rock. Nady volunteers to guide Elis, even though she was supposed to capture her.

Both will head south to find the truth behind the murder while running away from her pursuers. Ellis’ hometown is located in the south, and she’s sure she’ll find out about her forgotten past there. However, the only clues are a carved the red rock, an Incan Rose, that is said to change one’s destiny and a mysterious word “Uinyaimarka“.

Ellis is girl wanted as a suspect for Dr. Heinz Schneider’s murder, she searches her birthplace and heads south based on her vague memories to find the truth of the incident. She has “Witch DNA“, but her abilities are accidental and incomplete. These include temporary levitation, and heating of physical objects.

Nadie is a maverick female bounty hunter and a top marksman, she carries an old Colt Government Model .45 pistol as her weapon of choice and is on a journey south with Ellis. She has an optimistic attitude but actually has a past of being the sole survivor of an attack on her hometown.

Jody Hayward, alias “Blue-Eyes”, is a lady who is part of the section in Central Intelligence Agency tasked with overseeing accounting practice of others; she is annoyed with sloppy paperwork of Rosenberg. Jody has knowledge of “Project LEVIATHAN” and is Nadiee’s current employer.

El Cazador de la Bruja
(エル・カザド EL CAZADOR DE LA BRUJA)
An anime series directed by Kouichi Mashimo and animated by studio Bee Train. It is a spiritual successor of Noir and Madlax and the final installment of Bee Train’s “girls-with-guns” trilogy. The series airs on TV Tokyo since 2 April 2007. The music is handled by Yuki Kajiura, the composer who also created the scores for Noir, Madlax, .hack//Sign, etc. So, that’s why you think you’ve heard that music somewhere else.
OP
S1. “Hikari no Yukue” ~ savage genius
ED
S1. “Romanesque” ~ FictionJunction YUUKA
WEB