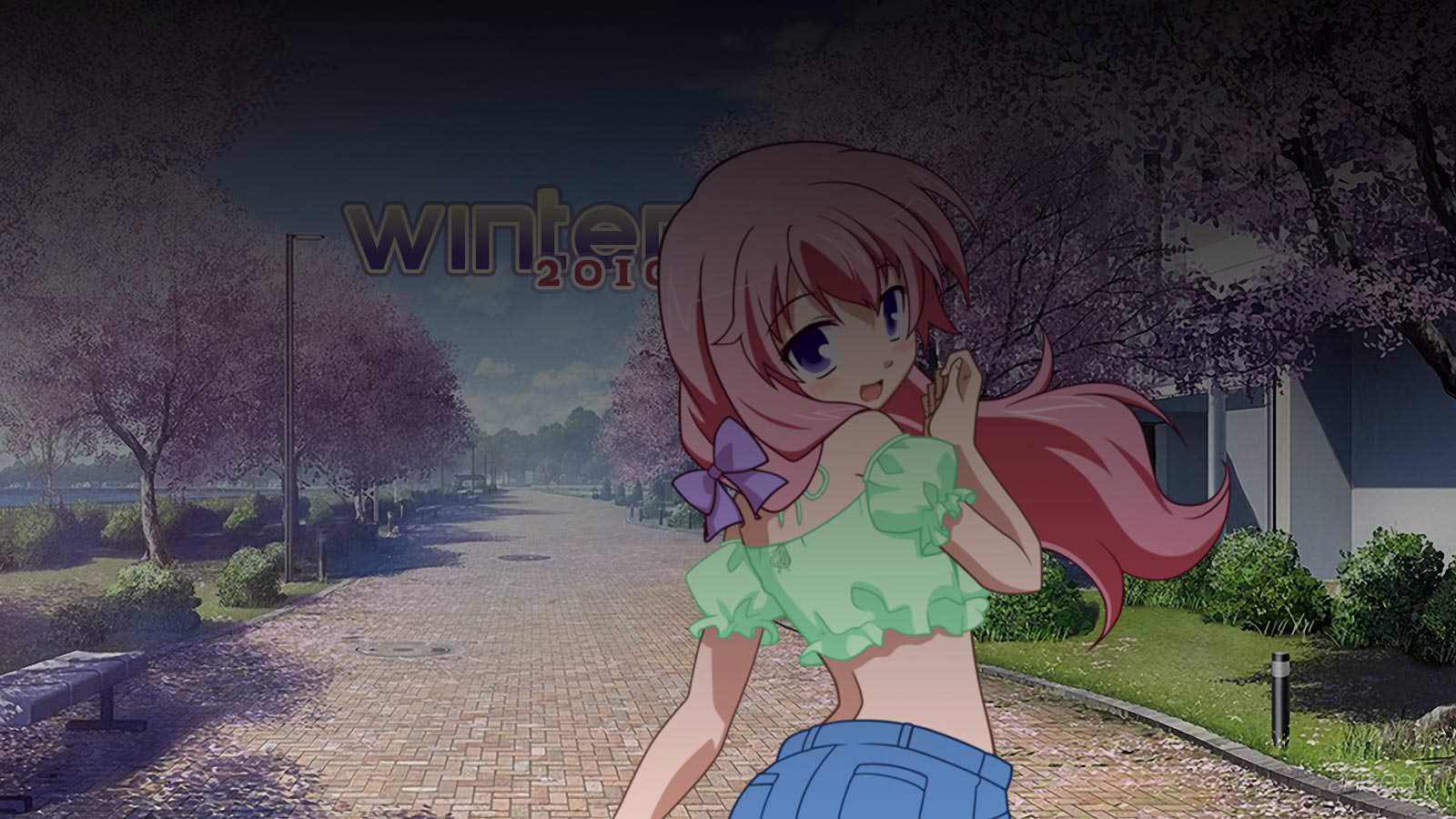 Worried about New Year’s resolutions? Sometimes they become a really “death note” after a couple weeks. Well, one thing is sure, at least you’ll be able to catch up with new seasons of favourite series or meet new characters and stories in the 2010 Winter Anime Season.

The movie trend is still hot as the year starts, and you don’t want to miss the action and magic in Gekijouban Fate/Stay Night: Unlimited Blade Works.

Or maybe you are into the 90s mood and an anxious to watch every possible Yu-Gi-Oh! character in: Gekijouban Yuu Gi Ou: Chou Yuugou! Toki o Koeta Kizuna. One thing is sure, there will be battles and magic monsters everywhere.

Now, into the new anime series, you might want to take a look at a school romantic comedy, Ladies versus Butlers! will try to tame a young troublemaker and surround him with lovely girls, you need an harem series, don’t deny it. Also, Baka to Test to Shoukanju, based in a light novel by Kenji Inoue, is set in a school that strictly stratifies it’s students, expect mahou, action and enough comedy to keep you alert.

A-1 Pictures’ Sora no Oto has quite a different plot. certainly, watching a girl dream about enlisting the army is, don’t you think so? If action and martial arts are made for you, then Katanagatari might be your pick this season, but beware, you’ll need a whole year to watch the 12 one hour episodes.

And if you thought the vampire anime series were over, well, Dance In The Vampire Bund will prove everybody that the genre is still young. This is an adaptation from Nozomu Tamaki’s suspense, action and horror manga.

Finally, you’ll be able to watch the end for a lovely history in Nodame Cantabile: Finale. And laugh out loud with Hidamari Sketch X Hoshimittsu.

Enjoy it and tell us what you think!
HAPPY NEW YEAR!