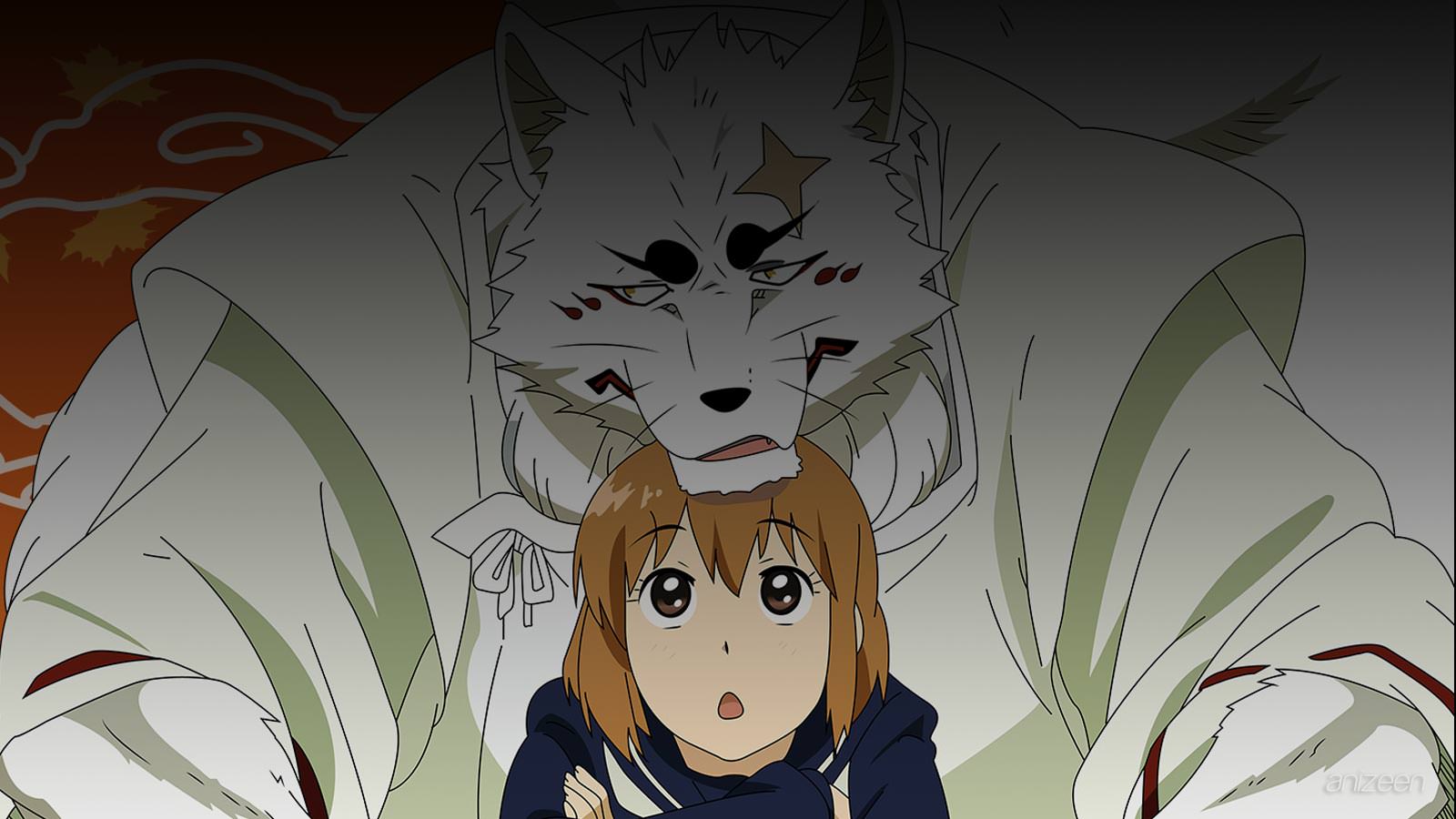 At the age of four, Makoto Saeki has lost her mother, who was a shrine priest in a small Inari Shinto shrine dedicated to the God Ukanomitama. Now, Makoto has inherited an unusual gift, the opportunity to see the shrine’s Heralds.

In the Inari shrine, the herald is known as Gintaro, a fox with a though personality. But despite his appearance, has learnt to appreciate Makoto in his own way.

Now, Makoto has grown up and she begins a new term at school, she is late and in her own way special. But today, she will arrive late because she lost the bus.

As she rushes to the school, she meets a couple elementary girls who are taking care of an injured cat, Makoto is well known and the neighbors attend to her to know a bit about their fortune.

And at school it is the same and a student, Yumi Akegami, asks her if she can read her future. To accomplish that, Makoto is not alone and she needs the abilities of Gintaro.

But Gintaro is reluctant to do it, especially if it is for free. In the end, Makoto convinces him and predicts the near future for Yumi. But the future is not written and she must follow some advices to succeed, but Makoto doesn’t listen the complete indications and let Yumi depart, thinking that she will fix the issues with her boyfriend.

Unfortunately, Yumi returns and tells Makoto that she is a fraud. Makoto returns to the shrine and begins to question Gintaro’s prediction, the fox deity is annoyed and reminds her he doesn’t have any kind of obligation towards her. In the end, Makoto needs Gintaro more than the fox needs the girl.

Makoto yells Gintaro and tells him to go away, and Gintaro tries to do that and begins to wander in the near shrines. The next morning, the elementary girls come seeking help from Makoto, the cat has escaped and they think Makoto can find it with her special power, but Gintaro is not around and Makoto tries to help them on her own.

Desperate, Makoto looks up for Gintaro and as she ask her father if he has seen the fox deity, Makoto understands how special bond she has with Gintaro and how easily she forgets it.

Gintaro returns to the shrine and listens to Makoto’s words, after all, she is the fifteenth generation heiress.

Gingitsune
(ぎんぎつね)
Is a manga series written and illustrated by Sayori Ochiai. It was first serialized in Shueisha’s Ultra Jump magazine in June 2009 and has been compiled into 10 volumes. A sound novel of the manga has been released by Pony Canyon in Japan on 2010 and an anime adaptation released by Diomedea began airing on September 29, 2013.
OP
S1. “tiny lamp” ~ fhána
ED
S1. “Gekkou Story” ~ SCREEN mode
WEB