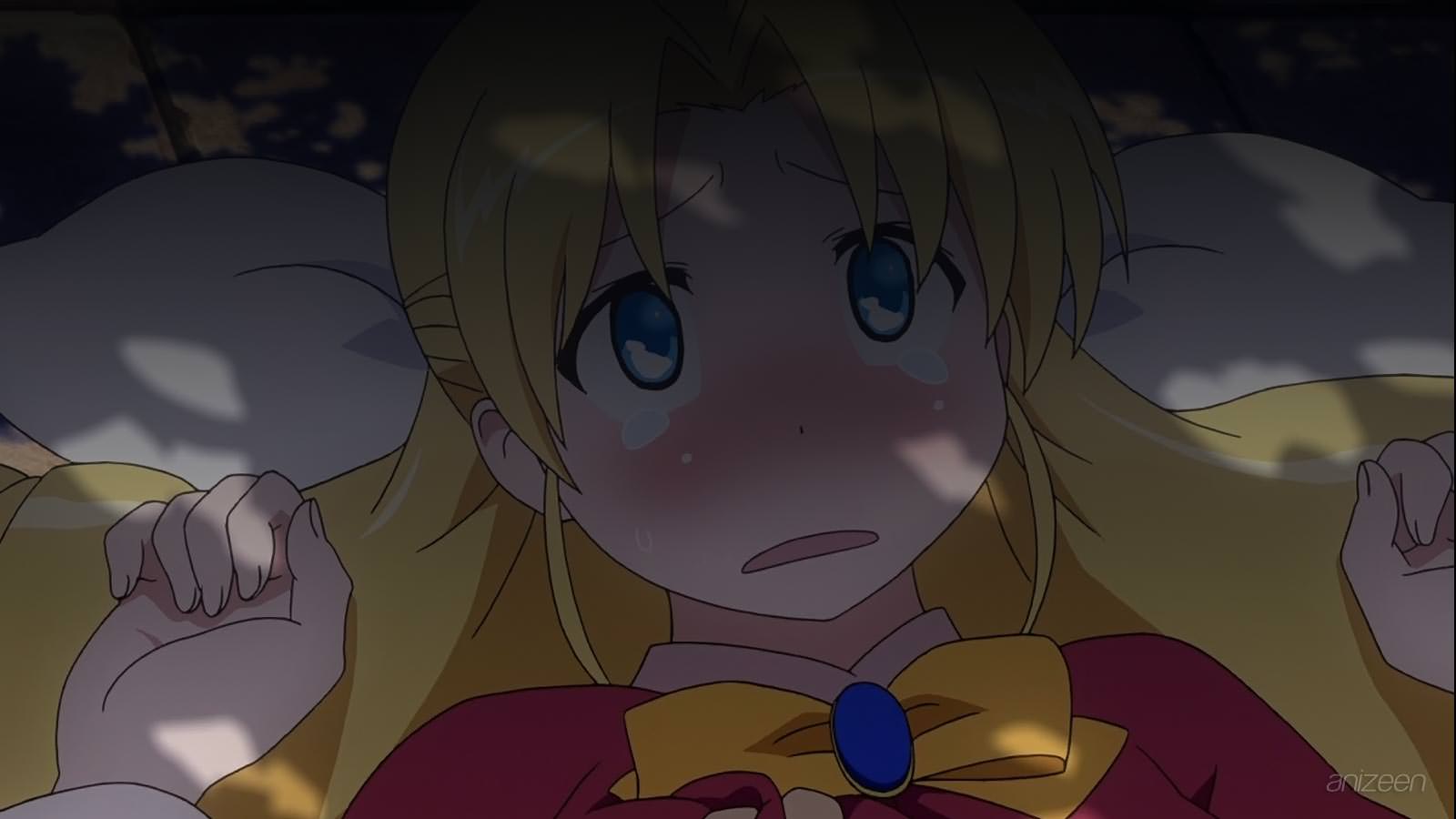 Hino Akiharu lost his parents when he was small and was adopted into his uncle’s family.

But he notices his uncle is after the inheritance left by his parents and decides to enroll into Hakureiryou, an academy that was once a school for upper-class ladies, and he is placed in the school’s newly established servant training department.

However, his “delinquent” appearance frightens the girls, who make up the majority of the students. And right upon his arrival, he meets Selnia Iori Flameheart, who instantly gets angry about a male being on the premises and proceeds to chase him down.

Hino ends up escaping and running into deeper troubles. Finally, his running comes to an end when he bumps into another girl, Tomomi Saikyou, who results to be one of his childhood friends.

Tomomi’s intentions are clear right from the beginning, she wants Hino to look at her, only her, and finally, she expects one day to marry him.

In the meantime, she explains to all the girls that Hino is at their school to train himself and become a butler. Everyone seems to agree with the idea, except for Selnia.

Hino Akiharu is often seen as a delinquent because of his red eyes and rough exterior. In truth, he has a caring personality. Often times because of everyone’s less than friendly perceptions he is often accused of performing perverted acts on the girls of the academy. His childhood friend Tomomi is often behind the schemes leading to these misunderstandings.

Selnia Iori Flameheart is extremely proud of her status as a part of the Flameheart family. She is often the unfortunate target in the various misunderstandings purposely caused by fellow student Tomomi Saikyo. While outwardly harsh and condescending towards Hino, she continually appears to express concern for him when he finds himself in less than desirable situations, though this is usually followed a blunt lecture or a small beating. Her hairstyle is the reason why she is referred to as “Drill” ~ Hino, which upsets her.

Tomomi Saikyou is an upper-ed student at the academy and is also Hino’s childhood friend. Her polite and refined attitude serves as a front to hide her true self. She plays pranks on other people to keep herself from being bored and is willing to withhold information from everyone whenever she sees fit. However there maybe some cases where she involves others in situations to achieve certain ends. According to Hino, she’s highly intelligent and also dislikes losing to other people.