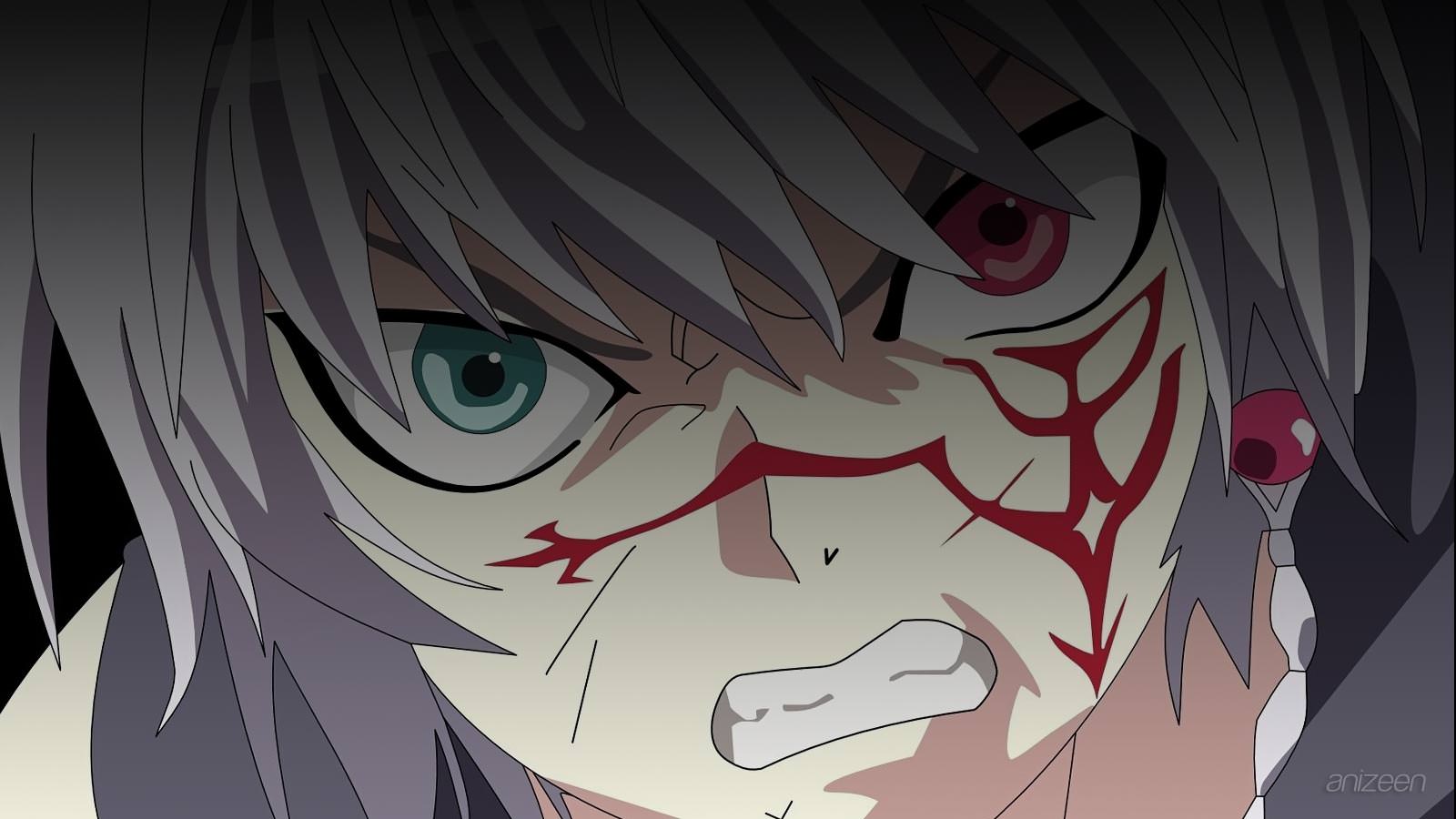 The story takes place on the grounds of St. Mihailov Academy, a Japanese Eastern Orthodox school, and draws heavily on religious references from the aforementioned religion.

Here it follows the trials and hardship of two of its students, Mafuyu Oribe and Tomo Yamanobe, until the encounter with a mysterious, silver-haired, Russian boy named Alexander, or Sasha for short.

This puts them and the whole school in an all-out war between the Church itself and the so-called “Adepts”, a sect of individuals wielding powers linked to the elements of chemistry. This is not the common mahou anime, the story depicts extreme acts of bloodshed, brutality and perversion.

This series will cause a lot of controversy, there is a sacred substance known as Soma, which allows the Qwasers to draw upon their powers and wield their elements in battle.

This, is connected to the main goal of the Adepts, the Theotokos of Tsarytsin, an icon depicting the Virgin Mary breastfeeding an infant Jesus which, according to their belief, holds the secrets of the Sacred Mysteries. But what is this Soma substance? Well, it is breast milk, you don’t need much imagination to see what will happen, right?

Aleksander Nikolaevich Hell is a young Qwaser of Russian origin that controls the element of Iron, with which he can manipulate the said element on a molecular level, thus being capable not only to morph it in any form he wishes, but also create extreme heat or cold. He was held captive and trained with the other Qwasers into harnessing his powers, and survived the brutal ordeal thanks to the affection received from an older girl named Olja, and whose murder by the Qwaser of Gold he witnessed.

Mafuyu Oribe is the adopted daughter of St. Mihailov’s last dean, and the self-appointed protector of Tomo Yamanobe. Upbeat and cheerful, she is so proficient in kendo that she carries a wooden sword with her all the time. She has to endure hardship on a daily basis in form of her classmates picking harshly on her and especially Tomo. This changes when she encounters Sasha for the first time, where she starts living with him and, little by little, is pitted herself in the fights between Qwasers.

Tomo Yamanobe is daughter of St. Mihailov’s last dean and currently best friend and roommate of Mafuyu Oribe, Tomo is her exact opposite, both physically and mentally: she is very childish and naïve. Tomo is the spitting image of Sasha’s original protector, Olja, which explains why he took so willingly the role of Tomo’s guardian, much to Mafuyu’s chagrin.

Teresa Beria is a Serbian Orthodox nun that serves at St. Mihailov in a variety of ordinary chores, such as taking care of children in the school’s kindergarten or tending to flowers, she is the only survivor of a brutal massacre occurred in Serbia during the Yugoslav Wars, where an expedition led by Croa raped and slaughtered all the inhabitants of Teresa’s church.

Miyuri Tsujidou is the daughter of the current dean at St. Mihailov Academy, who succeeded Tomo’s father. She is extremely bossy, arrogant and prideful, making nothing to conceal her disrespect for Tomo and Mafuyu and to bully them on a daily basis.