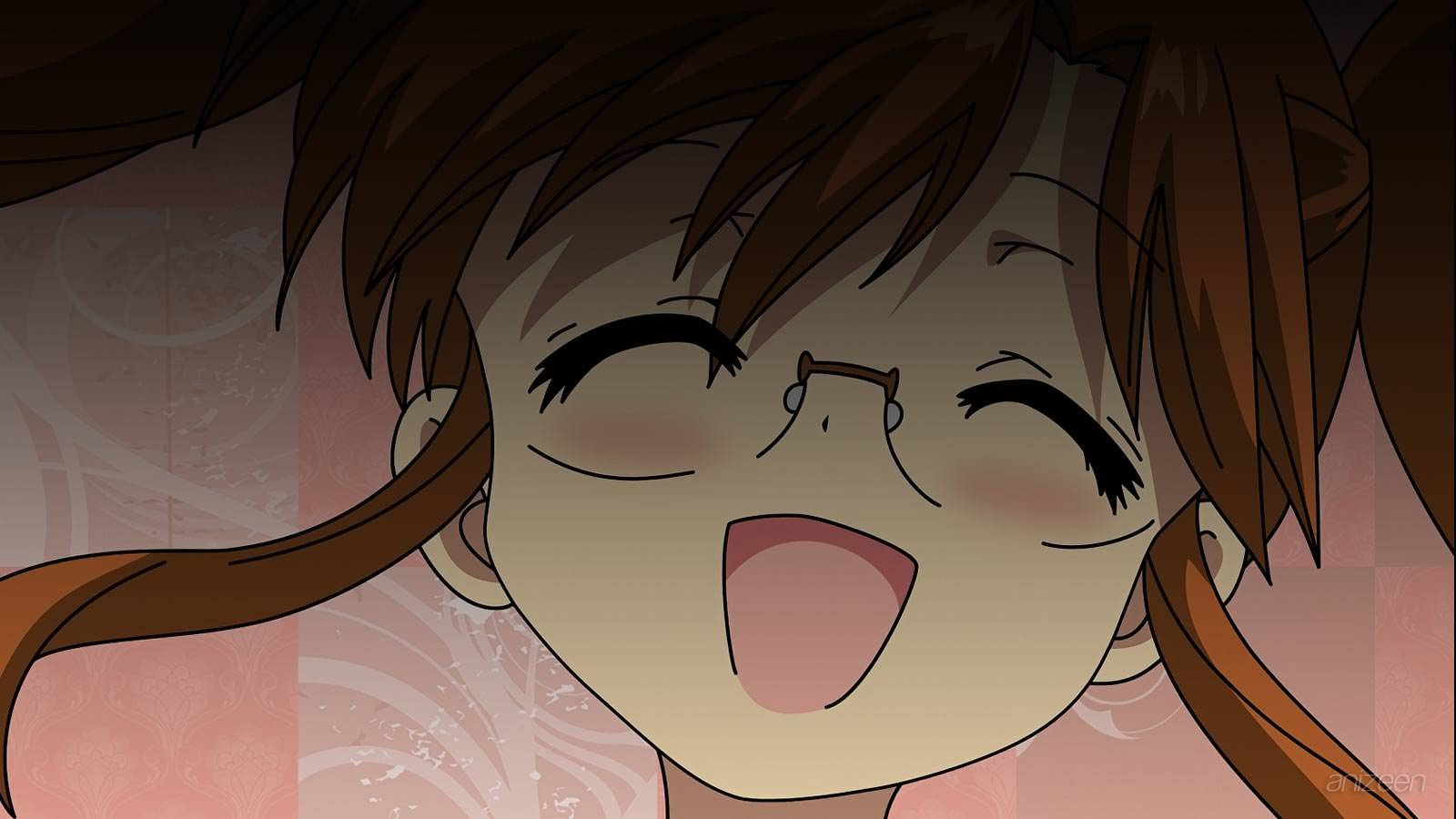 On the first day of middle school, Nayu Hayama accidentally shows her black lace panties during the opening ceremony. Yako Jinguuji and Haruka Shiraishi hear rumours of her having a ‘sugar-daddy’, and spot her talking on the phone about uncomfortable underwear to a man who arrives to deliver her some underwear.

Curious, the two follow Nayu to the underwear department, but run off when they are spotted. When Nayu catches up to them the next day, she grabs Haruka’s breasts from out of the blue, prompting both Yako and Haruka to keep their distance from her.

Yako tries to find undeniable evidence by getting a photo shot under her skirt, but starts to slip down the stairs. Haruka grabs her and Nayu grabs Haruka, though they end up falling regardless.

Nayu explains that she is an underwear monitor who tries different types of products, and mentions she was inspecting Haruka because her bra was too small.

Although the resulting chaos in trying to get the proper measurements leaves Nayu with a worse reputation than she already had, she, Yako and Haruka become friends.

Nayu Hayama acts as an ‘underwear monitor’ who takes keen interest in underwear research. As a result, she is pretty shameless when it comes to her underwear, or anyone else’s for that matter. Determined to inform people about the neccessities of underwear, she forms the Underwear Appreciation Society.

Yako Jinguuji is a little girl with a generally fierce composure. She prefers to keep a tough image, and has a hard time admitting to embarrassing things.

Haruka Shiraishi is a busty girl and Yako’s best friend. She often has trouble with boys mocking her breasts.

Hiroki Komachi is a boy who easily gets embarrassed at the sight of underwear. He has a one-sided rivalry with Nayu about always being second to her.

Kiyono Amahara is a girl from a rich family who seems to be rather knowledgeable about the seedier side of underwear, and looks down upon Nayu for her naivity.

Tamaki Mizuno is a teacher at Nayu’s school who becomes the advisor of the Underwear Appreciation Society. She is generally nervous, but admires Nayu for giving her courage. She seems to have a crush on Keigo, who was her senpai in high school.

Keigo Hayama is Nayu’s step-brother who has been looking after her since their parents died. He works as an underwear designer and often gets Nayu to test out his latest products.