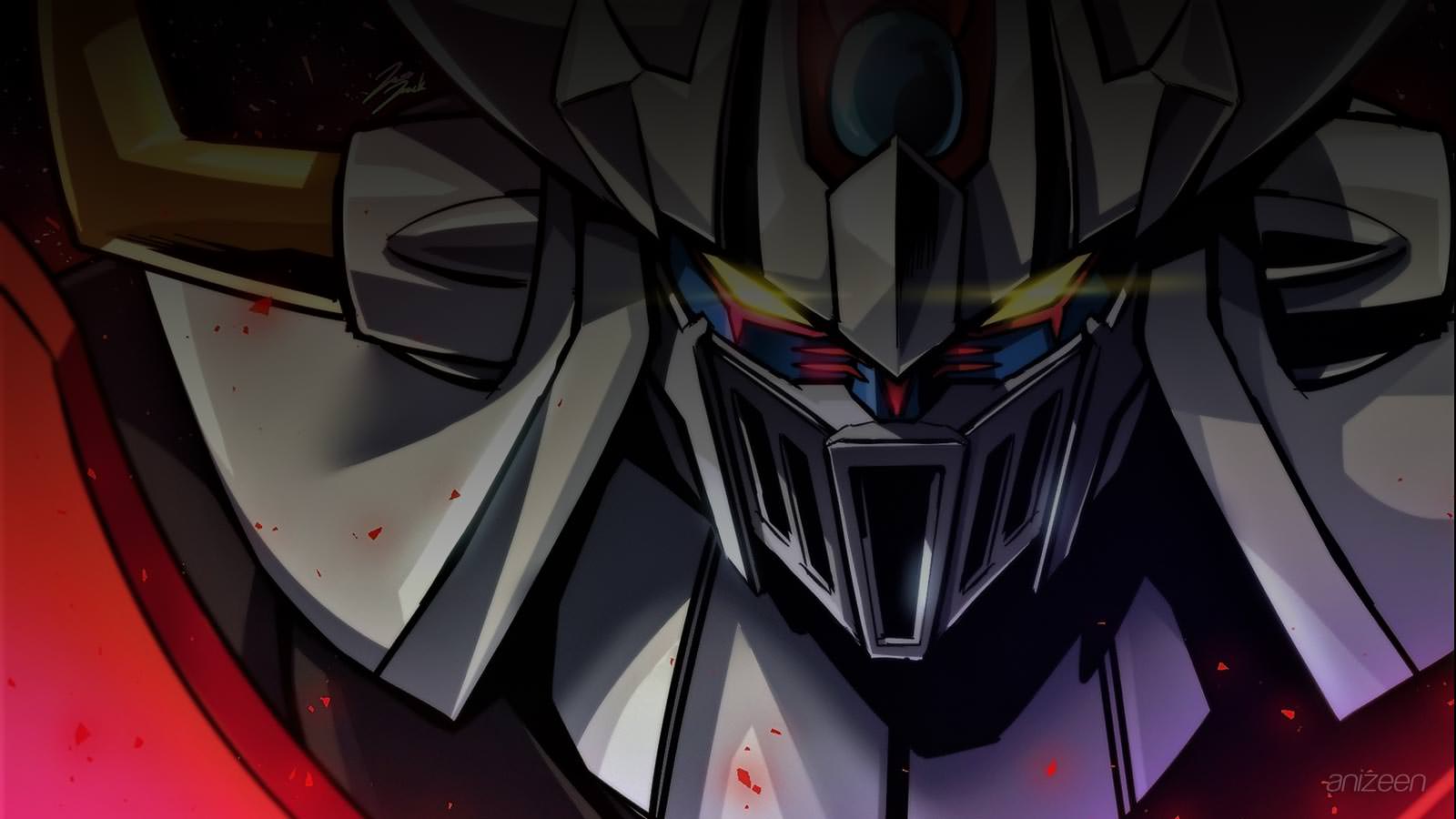 In the near future, a mineral known as “Japanium Ore” is discovered under Mt. Fuji.

This ore is discovered to produce a powerful energy source known as “Photon Energy“. Dr. Juzo Kabuto and his associates have begun researching Photon Energy, planning to use it as a solution to the energy crisis plaguing the earth, when the nefarious Dr. Hell and his associate, Baron Ashura attack his lab.

Everyone is astonished at the ceaseless flow of participants into the battle. Along with this, the mysterious “Kurogane House” also has begun to become intwined with the affairs of these parties.

During all of this, Juzo’s grandchildren, Kouji and Shiro, encounter one of Baron Ashura’s robots on its way to attack Dr. Kabuto’s mansion, where he has begun work on his greatest invention.

Dr. Kabuto, seeing the danger at hand, sends out the Pilder to Kouji, allowing him to combine with the giant robot, Mazinger Z, to fight against Dr. Hell’s forces.

In the end, the first episode of this series is a visually overwhelming summary of all of the major characters and situations from the world of Mazinger, and also of the surrounding artistic worlds of Go Nagai, the original creator of the series.

Koji Kabuto works hard as the ‘Mother Hen’ to the surviving members of his family – his brother Shiro, and his grandfather Juzo. Koji has a high regard for his grandfather, whose patented inventions were the source of the Kabuto family’s income and shows zero tolerance to anyone who ever insults his grandfather. During the primary attack of Ashura Corps., Koji becomes the pilot of his grandfather’s greatest invention – the Super Robot Mazinger Z.

Juzo Kabuto is Koji’s grandfather. Known as a great inventor in addition as the man who discovered the Japanium Ore, which lead to the creation of the Photon Energy and Super-Alloy Z (a metal alloy that is stronger than any other metal known to man). Also the creator of Mazinger Z.

Yannosuke Yumi is Sayaka’s father, a renowned professor of mechanics, and head of the Photon Power Labs. His name in all previous Mazinger series was read as “Gennosuke”, but in the second episode of this series he was called “Yannosuke”. Both names are correct with the Japanese Kanji. No official romanization exists yet.

Sayaka Yumi is the daughter of Professor Yumi. She pilots Aphrodite A, a female robot.

Shin Mazinger Shougeki! Z Hen
(真マジンガー 衝撃！Z編)
Is a new Mazinger anime series, directed by Yasuhiro Imagawa which premiered in Japan on April 4, 2009. The series is a “retelling” of the basic story of Mazinger Z, featuring most of the same characters, mechanical beasts, and some general plots of the original series, plus some additional material. It is noticeable that, despite keeping the original plot line of Mazinger Z, the series makes references to other Go Nagai’s works, such as Z Mazinger, Violence Jack, Mao Dante and others. Along with the TV series, a new manga, Shin Mazinger Zero started on April 18, 2009 (2009-04-18)
OP
S1. “Kanji te Knight” ~ Lazy, Tamio Okuda, Kazuyoshi Saito, and JAM
ED
S1. “Brand New World” ~ Natsuko Asou
WEB