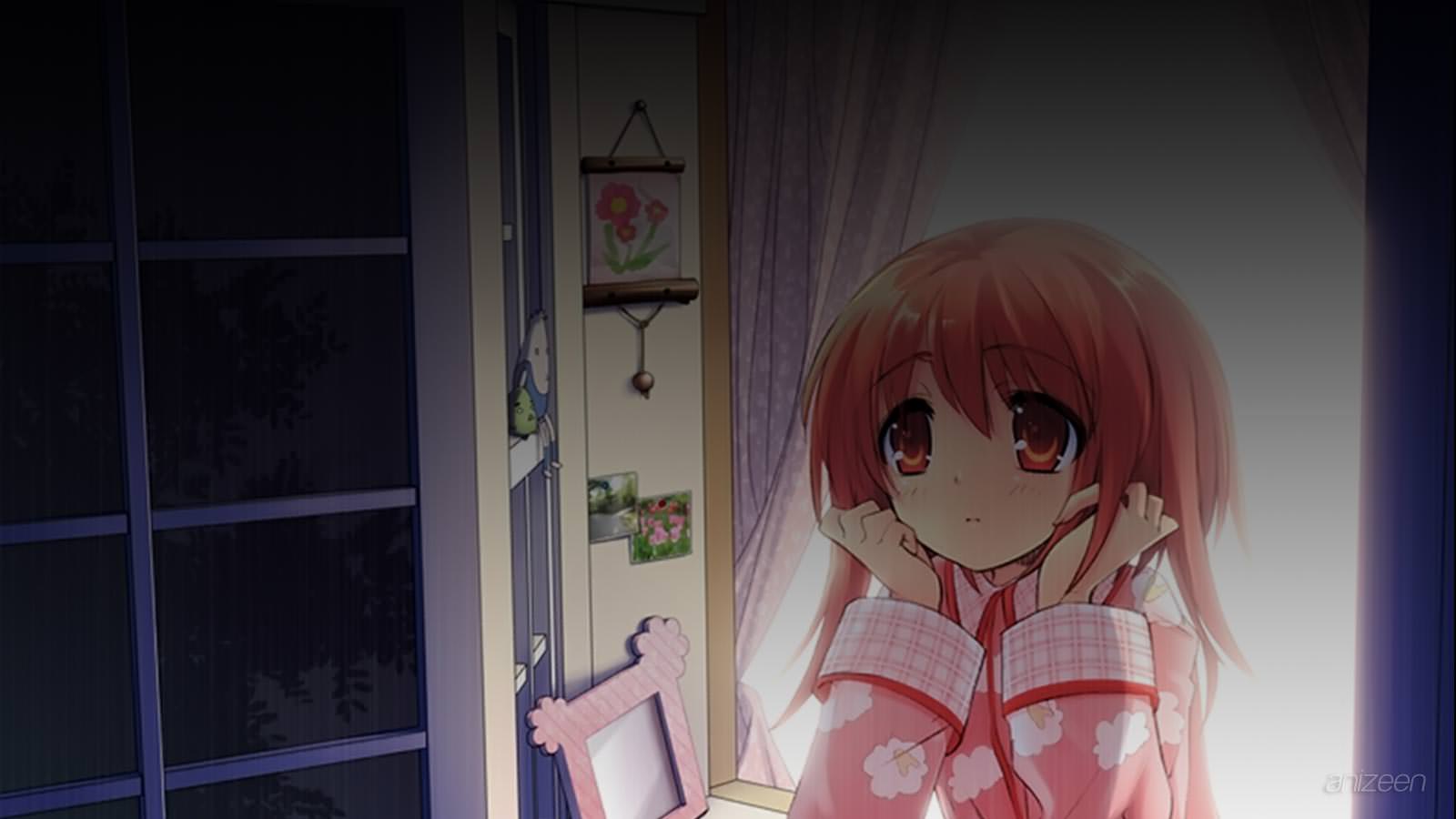 Loner high school student Masahara Tsuwabuki is minding his own business one day when air-headed, hyper-squeaky-voiced Sumomo Akihime blindly runs into him at full speed while carrying a watering pail. Tsuwabuki is knocked down and soaked. Sumomo starts to cry at this, prompting her hyper-tsundere, overly protective and equally dumb friend Nadeshiko Yaeno to threaten Tsuwabuki with a garden trawl.

After that, Tsuwabuki is on his way home, but gets run over again, this time by a furry guy with long green ears and a pervert’s raincoat who is carrying grocery bags full of cans of drinks. The green-eared pervert gives Tsuwabuki back a can of juice, but he has mixed up the cans, and when Tsuwabuki drinks the juice he is magically turned into a hand-sized puppet of a ram.

Sumomo comes back, finds the sheep-puppet and proceeds to enthusiastically rub it into her. Tsuwabuki, who is unable to speak or move in the ram-puppet form, has to take it, although he can blush slightly. Afterwards Kisaragi comes by, recognizes Tsuwabuki in his ram-puppet form, and takes him back to his office.

There Kisaragi magically gives Tsuwabuki the power of speech and movement, but leaves him in the puppet form. Kisaragi tells Tsuwabuki that he must find a “chosen girl” who must catch seven different “star drops” from falling stars in order for Tsuwabuki to be changed back into human form.

Of course, the chosen girl is Sumomo, who is ecstatic about having the ram-puppet back and who enthusiastically takes on her new roll as magic girl. The two go out into the night and after some difficulties, capture a star drop and put it into a bottle. But another magic girl who has a dog as a familiar is watching from a nearby rooftop.

Masaharu Tsuwabuki, the main character of Nanatsuiro Drops, is an ordinary student. Due to a mysterious juice he happens to drink, he turns into a little stuffed sheep doll whenever the sun goes down. The only way to undo this phenomena is to collect the “Drops of the Stars”, and the only person who can do so is a special girl chosen by a special wand.

Akihime Sumomo, one of Masaharu Tsuwabuki’s classmates whom he has never spoken to before. Further, if she discovers who the doll really is, his condition will become permanent. Shy boy Iwabuki Masaharu by day, and sheep doll Yuki-chan by night, a new page of a strange book begins.

Nanatsuiro Drops
(ななついろ★ドロップス)
Is a Japanese visual novel developed by UNiSONSHIFT and released on April 21, 2006. The first version, available on the PC, contains adult-only content of a sexual nature. A version ported to the PlayStation 2 by MediaWorks will be released without this content in September 2007. In the short time since the video game’s release, the series has made several transitions to other media. The first was a light novel written by Tamaki Ichikawa and illustrated by Noizi Ito, who is also known for her illustrating Shakugan no Shana and the Suzumiya Haruhi series. The novel was published by Enterbrain and went on sale in Japan on June 30, 2006. A manga version, illustrated by Yuuki Takami is currently in the process of serialization in the Japanese bishoujo magazine Dengeki G’s Magazine, published by MediaWorks. An anime produced by Studio Barcelona began airing on July 2, 2007, on Chiba TV.
OP
S1. “Shining stars bless☆”” ~ Kaori Utatsuki
ED
S1. “mo.o!” ~ LOVERIN TAMBURIN
WEB