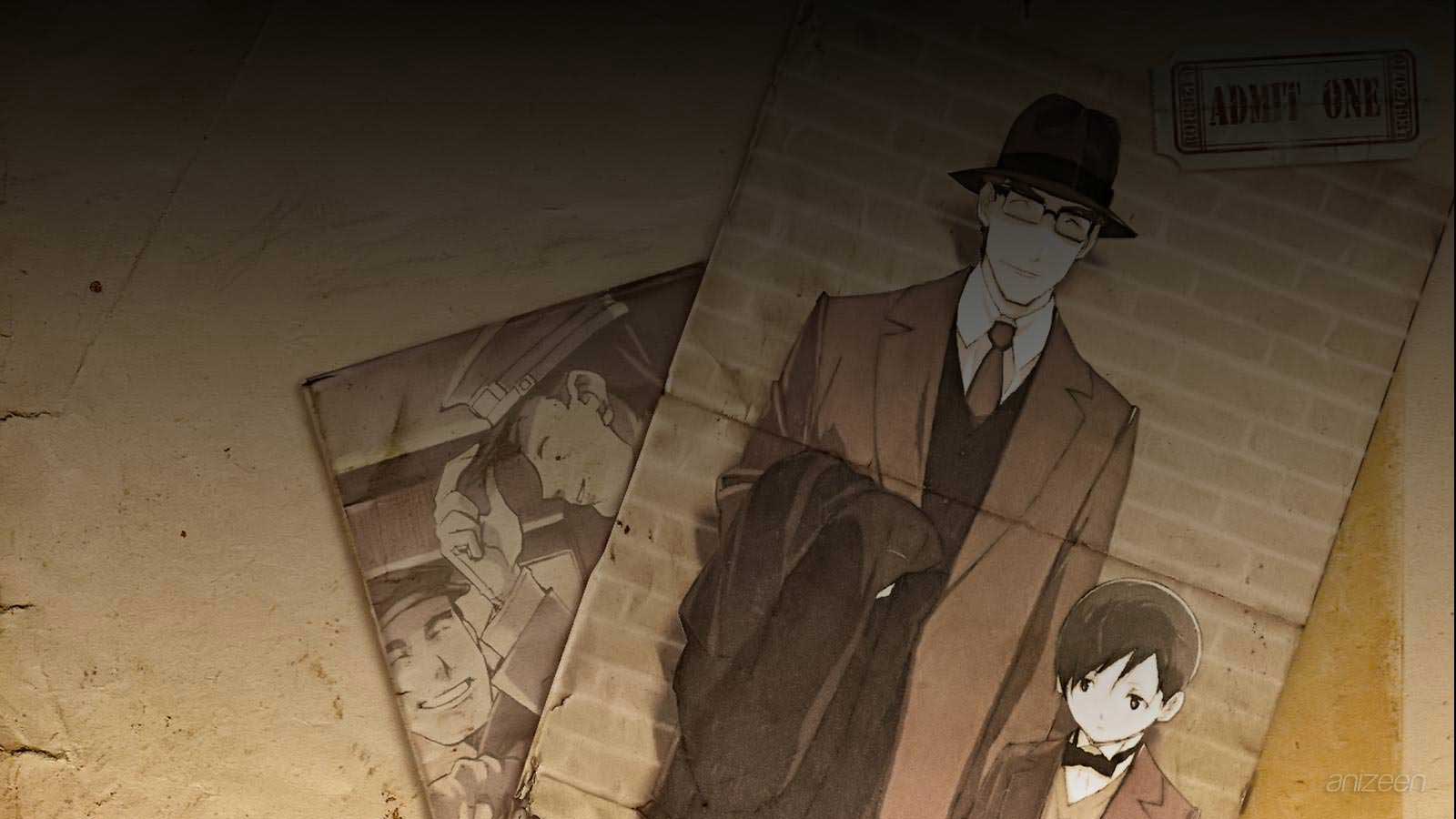 Baccano is Italian for noise, but Narita translates it as “stupid commotion“. Each of the stories in the series involves several unrelated plots intersecting and crossing each other as events spiral farther and farther out of control. Immortal alchemists, mafia operated speakeasies, and many other elements of pulp fiction mashed together for a world straight out of the movies.

But the following night, one of the alchemist started to devour his companions. To escape the threat, the alchemists scattered all over the world. In America during the temperance movement, centering around the liquor of immortality, the “stupid commotion” starts!

A young man named Firo is promoted within his Camorra, two idiot thieves, Isaac and Milia arrive in New York in disguise, a three hundred year old alchemist, Szilard, has almost succeeded in recreating the liquor of immortality.

When a young thug, Dallas, clashes with Firo, and Firo falls in love with Szilard’s homunculus, Ennis, the liquor of immortality begins changing hands rapidly.And then the Gandor family get involved…

It is a fantasy set in Prohibition Era Chicago about warring mob families who happen to have members who are essentially immortal. Thus we have something akin to a cross between “The Untouchables” and “Highlander”, but filled half with smirky comedy and half with gratuitous explicit violence.

Isaac Dian is an idiot thief who owes his success to the insanity of his crimes and the garish costumes he habitually wears, leading witnesses to assume that he is a performer of sorts rather than a thief. He is in love with his partner-in-crime, Miria. He becomes immortal in 1930, after drinking the immortality liquor.

Miria Harvent is another idiot thief, she is the partner and lover of Isaac Dian. Miria comes across as immature and gullible, blindly believing and supporting everything Isaac says. She also becomes an immortal in 1930. Together they appear extremely stupid, whimsical and oblivious, but they have great affection for the people they meet and always believe the best of them.

Firo Prochainezo is a Camorra member and a skilled fighter. He falls in love with Ennis and later “eats” Szilard and saves her from death. He is a good friend of the Gandors and Claire. Like a number of cast members, he becomes immortal in 1930, by drinking the liquor of immortality brewed by Barnes when the elixir is mistaken for a celebratory bottle of alcohol.

Szilard Quates is an immortal alchemist who is seeking the recipe of the immortality elixir. The first among the alchemists on the Advena Avis to gain immortality, he went on a killing spree soon after, “eating” many fellow alchemists, including Maiza’s brother, thereby obtaining part of the elixir’s recipe. Using this incomplete formula, Szilard developed a potion that created “quasi-immortals” capable of healing from any wound, but still susceptible to aging and being “eaten” ~ full Immortals. He created Ennis as a homunculus.

Ennis is Szilard’s homunculus, although not his first creation. She was created as his subordinate, and is supposed to have no thoughts or emotion when executing his commands; recently, however, she has been gaining more human emotions. Eventually, she helps Firo destroy Szilard.

Claire Stanfield also known as Vino was raised with the Gandor brothers, and as such, is a part of the family. Claire is now an assassin named Vino, earning the name because of his predilection for mutilating the bodies of his victims beyond recognition—which usually leaves him covered in blood. He works undercover as a conductor on the Flying Pussyfoot, and later takes on the persona of the Rail Tracer. He proposes to Chane later on, and is searching for her in Manhattan.

Maiza Avaro is a Camorra member and one of the original immortals. He was the alchemist who summoned the demon aboard the Advena Avis, and in turn the only one given knowledge of the immortality elixir’s recipe. He does not advocate violence, and is rather tenderhearted.

Keith Gandor is a mafia boss that perpetually scowls and remains silent throughout the series. He and his brothers all become immortal in 1930.

Berga Gandor is a very large and violent Mafia boss who enjoys softening up other thugs for Mr. Tic.

Luck Gandor and his brothers run the Gandor Family; he is almost always seen smiling. He is a good friend of Firo’s and his family has a friendly relationship with the Martillo’s because of this.

Baccano!
(バッカーノ)
Is a light novel series by Ryohgo Narita, with illustrations by Katsumi Enami. The first volume won Gold in the 9th Dengeki Novel Prize and the series will be made into a TV anime in July 26, 2007 by Aniplex and Brains-Base. The second storyline in the series has also been adapted into a manga.
OP
S1. “Gun’s&Roses” ~ Paradise Lunch
ED
S1. “Calling” ~ Kaori Oda
WEB