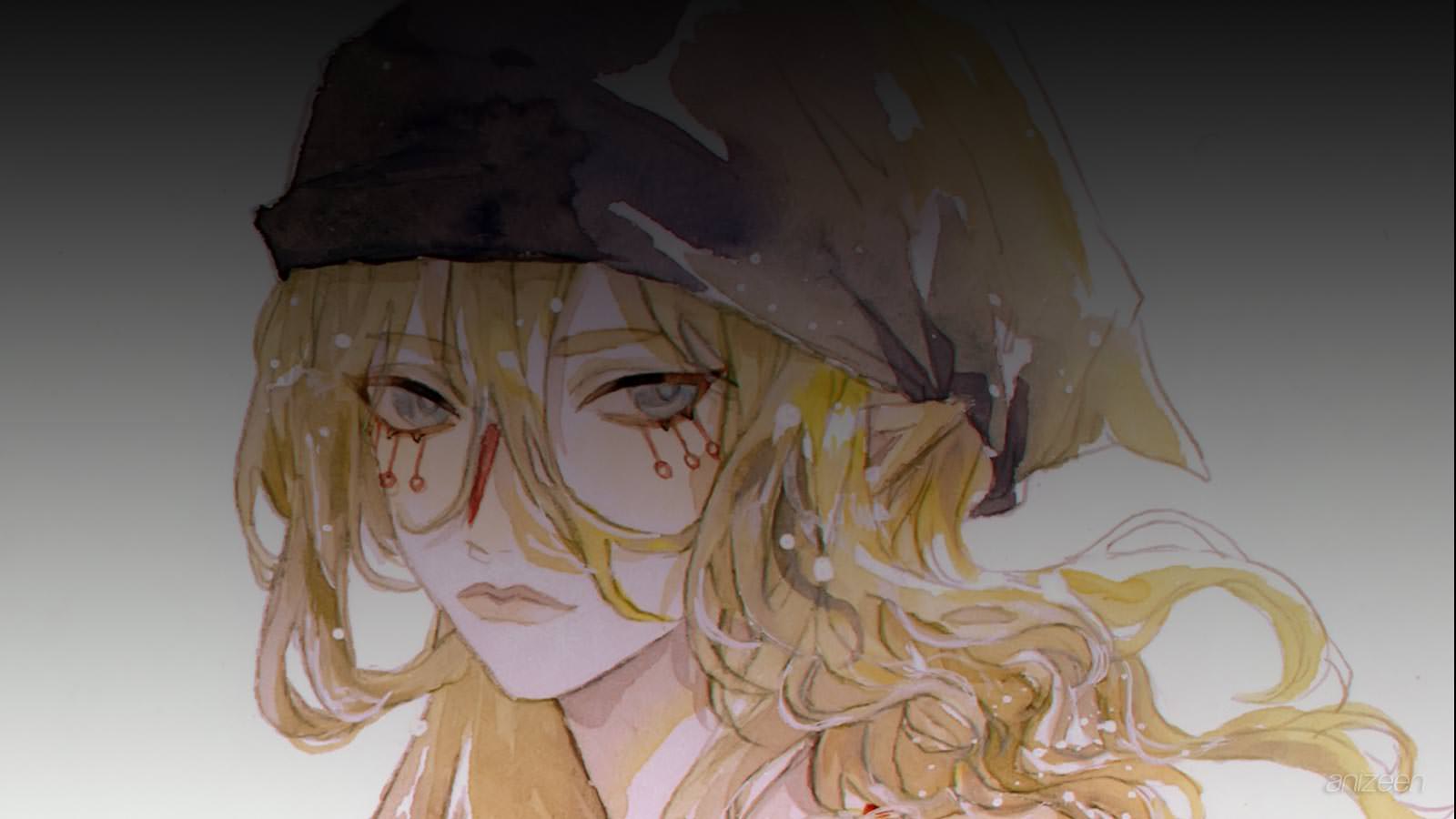 Set in feudal Japan. Mononoke shows how the Medicine Seller combats more spirits or “Mononoke” using his wares. Just like in the Bakeneko story, he counts with a series of tools and his vast knowledge of the supernatural on his side, but only can release the sword that exorcises the Mononoke when he uncovers its shape (Katachi), and the truth (Makoto) and reasoning (Kotowari) behind its appearance.

Mononoke is a sequel of sorts to Ayakashi and has as its main character the Medicine Seller from the Bakeneko arc of Ayakashi. As with Ayakashi, Mononoke is a collection of supernatural morality dramas. The Medicine Seller hunts spirits but only destroys them after finding out their name, their purpose and the reason that they came about; the premise being that the spirits are created by some person’s bad actions in the past.

The big draw in Mononoke is the artwork each episode is like a collection of psychedelically bright woodblock prints. A couple of scenes are shown as if the images are actually pages that are being flipped through as the story progresses.

The big downside for me in Mononoke is it’s seriousness. It is a real melodrama and the deliberate pacing and repetitive scenes in the show emphasize the melodramatic nature of the morality story that is being told.

In all story arcs, including the Bakeneko story featured in Ayakashi, the only recurring character is the medicine seller himself, voiced by Takahiro Sakurai, although Kayo from the Bakeneko arc makes another appearance as one of the passengers of the merchant’s ship during the Umibouzu arc.

Zashiki-warashi (Episodes: 1-2). While spending the night in a traditional inn, the Medicine Seller stumbles upon a strange phenomena involving a western pregnant woman who desperately sought for shelter there, and the assassin hired to dispose of her, who was mysteriously killed in a gruesome way.

Umibouzu (Episodes 3-5). Traveling on a merchant’s luxurious ship, the Medicine Seller and the ship’s other passengers end up stranded in the middle of a sea full with ayakashi. Among the passengers, the medicine seller have another encounter with Kayo, who helped him on his confrontation with the Bakeneko.

Nopperabou (Episodes 6-7). Suspicious of an odd case of homicide, the Medicine Seller interrogates the murderer facing her execution, believing her to have fallen under influence from a mononoke.

Nue (Episodes 8-9). Attending an incense meeting, the Medicine Seller and three other men compete to take the hand of the noblewomen, Ruri-hime. Strangely, when Ruri-hime and other residents within the mansion are murdered, three men continue to fight over the “Todaiji”, raising the Medicine Seller’s attention.

Bakeneko (Episodes 10-). Set in a time period decidedly later than the previous arcs -implied to be at least the late 1880s- the Medicine Seller boards a train with several characters similar to the first Bakeneko story (whom might be possible reincarnations of their former counterparts). When the train crashes into a girl on the tracks, they are all gathered together in one cart which mysteriously moves by itself.

The Medicine Seller is a mysterious wandering man with a vast knowledge of the supernatural and is mystical in appearance. He carries around a large wooden box filled with medicine and holy tools. Among them is an enchanted sword that is used to slay the mononoke. Once the sword has been unsheathed, he transforms into a demonic-like creature.

To use the sword, the Medicine Seller must find the “Katachi” (shape), “Makoto” (truth), and “Kotowari” (reasoning) of the mononoke he wishes to exorcise.

Mononoke
(モノノ怪)
Is a twelve episode anime that aired in 2007. It is a spin-off of the Bakeneko arc from the anthology series Ayakashi. The character and concept designs were done once again by animator Takeshi Hashimoto. A manga adaption of the another Bakeneko arc was published in Young Gan Gan Comics September 12, 2007.
OP
S1. “Kagen no Tsuki” ~ Ryouta Komatsu and Charlie Kosei
ED
S1. “Natsu no Hana” ~ JUJU
WEB