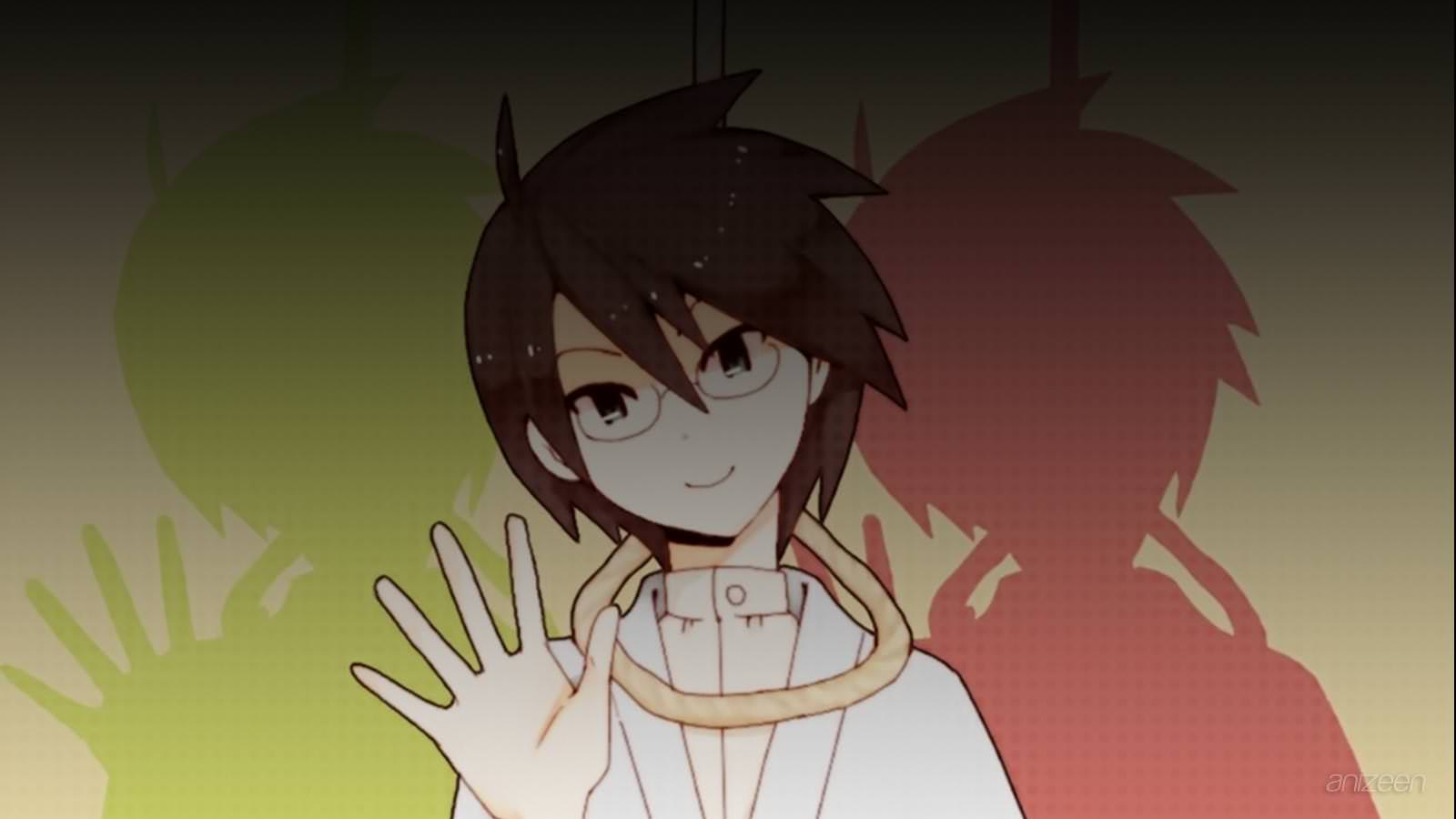 Sayonara Zetsubou Sensei
(さよなら絶望先生)
Is a Japanese manga by Kouji Kumeta, serialized in Weekly Shounen Magazine. It is a comedy about a teacher who takes all aspects of life, language and culture in the most negative light possible. In 2007, the manga received the thirty-first Kodansha Manga Award in the shounen category, and was adapted into an anime. The anime series first aired in Japan on July 7, 2007 on TV Kanagawa and is set to contain twelve episodes. Each episode ends with a still image drawn by one of the manga artists associated with Kouji Kumeta. These are listed below as endcards. The anime is somewhat of a personal triumph for the often self-defeating Kumeta, as his previous manga have never been animated – most recently, his earlier work Katte ni Kaizo was scheduled for an anime release but was cancelled before it aired.
OP
S1. “Hito toshite Jiku ga Bureteiru” ~ Kenji Ohtsuki; 2.- “Gouin ni Mai Yeah~” ~ Ai Nonaka, Marina Inoue, Yu Kobayashi, Miyuki Sawashiro & Ryoko Shintani
ED
S1. “Zessei Bijin” ~ Ai Nonaka, Marina Inoue, Yu Kobayashi & Ryoko Shintani
WEB