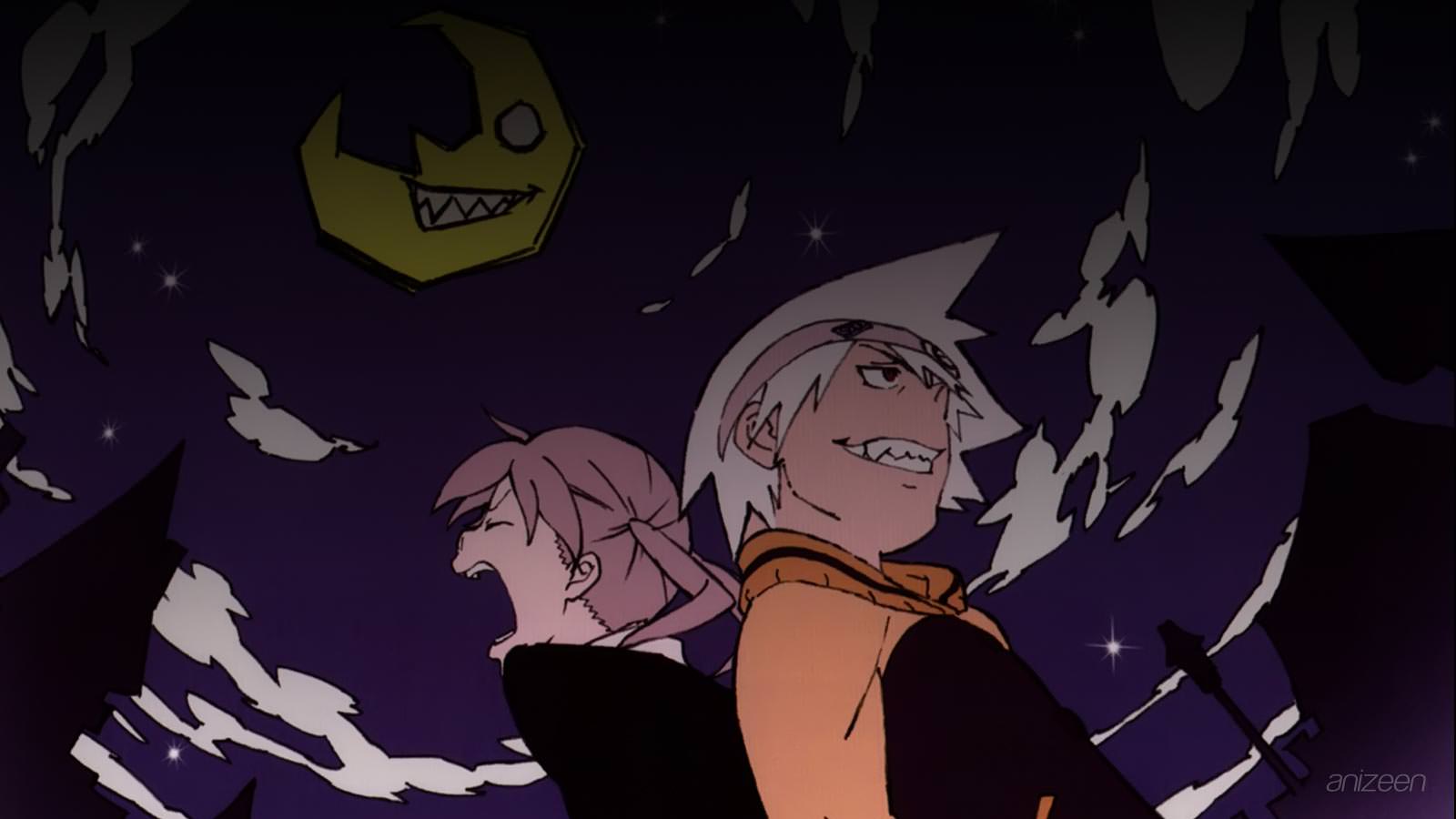 Soul Eater is about shimigami scythe technicians, humans who are paired with a “weapon” partner in an attempt to create a “Death Scythe”. A Death Scythe is an ultimate weapon that is used by Shinigami-sama, the president of the school for scythe technicians. In order to create it, they must collect the souls of ninety-nine evil humans and one witch.

Scythe technician Maka and her weapon partner Soul Eater. They’re out in the human world trying to collect the 99 evil humans souls and 1 witch soul needed to turn Soul Eater into a Death Scythe. They’re up to 98 human souls when they come across Jack the Ripper, a psychotic murderer with a carrot nose. As the battle ensues, Soul Eater transforms into a scythe that Maka wields and beats the Ripper.

After that, she eats the soul, that makes 99 human souls for her, and all that’s left is for them to get the soul of one witch to create a Death Scythe. Determined to get their last soul, Maka and Soul Eater begin their assault on Blair’s place. But she collapses once she sees the witch is taking a hot bath right in front of her.

Eventually, Maka and Soul take Balir down, and Soul chows down on her sparkling blue soul. However, instead of a full transformation into a Death Scythe, Soul only sees the beginings of the process before something goes terribly wrong. As it turns out, Blair wasn’t really a witch. Even worse, due to him ingesting the wrong type of soul, Maka and Soul have lost all the souls they gathered up until now.

Maka Alban is Soul’s meister. She is the more level-headed of the two but when her anger gets the better of her, she will put her foot down. Where Soul seems to be the brawn, Maka is the brain. She always tries to think of a way to beat their opponent by exploiting the opponent’s weaknesses. Her father is the Shingami’s current death scythe, she seems to hate her father for constantly flirting with other women but she still loves him. Maka seems to be annoyed at the fact that her body has not developed yet.

Black Star is Tsubaki’s meister. He comes from a family of ninjas, which explains the star on his shoulder. He uses ninja tactics. His biggest weakness is that he is a total show-off and thinks that he is some kind of star, which he happily proclaims, defeating the purpose of the ninja arts. The few times he uses his ninja stealth is when he peeps on Tsubaki (which normally ends up with him yelling and showing his whereabouts upon seeing Tsubaki’s nude body) when she is bathing, or when he finally takes the fight seriously. His delusion of stardom is so great that he constantly gives out autographs that nobody wants.

Death The Kid is Patty and Liz’s meister and the Shinigami’s son. He is called Kidd by his friends and family. He is completely obsessed about everything being symmetrical and takes the idea of perfection to the extremes, which seems to indicate that he has obsessive-compulsive disorder. To him, anything symmetrical is beautiful and if it is off by any measurement (a picture frame off by millimeter, or a pose that is slightly out of place), he will try to correct it right away. The biggest problem Kidd has with is his hair one side being completely black while the other has three white strips going across it.

Chrona Makenshi is Ragnarok’s meister. She is a meister that is under Medusa’s orders (and control) to take any soul they find, be it evil or good. Chrona is a very naïve and submissive person who is constantly pestered by Ragnarok in the form of noogies and threats to eat her share of food. She does not like to fight but Medusa normally introduces a spell into her mind that makes her want to fight. Because she lets Ragnarok eat any soul it wants, her soul is being tainted by Ragnarok’s, which results with Chrona having black blood; when Chrona bleeds.