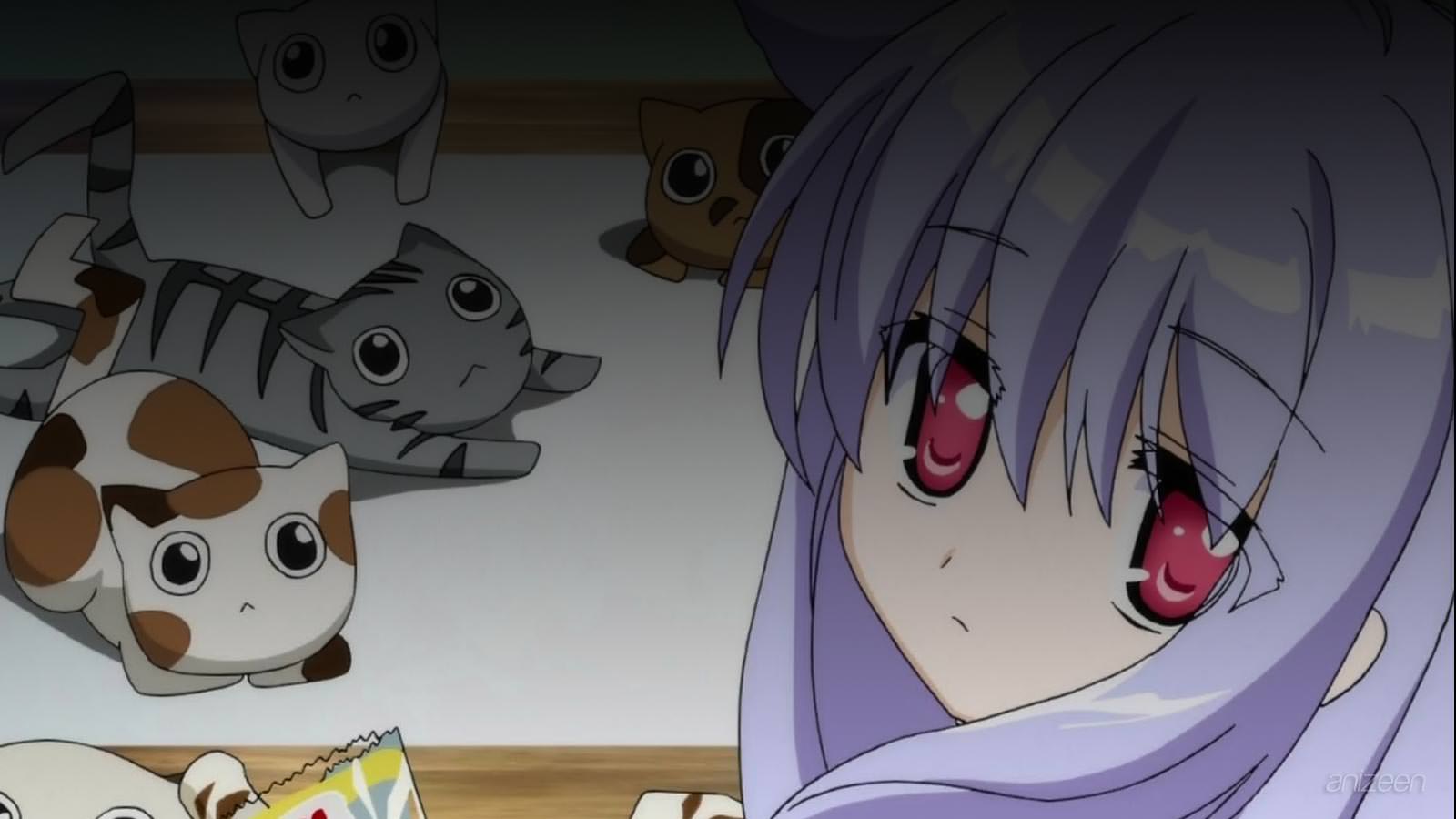 Takumi Tsuzuki is an orphan, he used to live in an orphanage, but one day he ran away. Suddenly, he finds himself lonely and scared, this is the time when he meets Otome Tsuzuki, who is known for taking in “lost cats”. Eventually, she takes care of Takumi.

At this time Otome is on vacation, leaving “Stray Cats”, a confectionary store, in care of Takumi, he already has one Wedding Anniversary Cake ready for delivery, however when he returns from school he finds the cake ruined and half of it gone.

The culprit is believed to be a young boy, but the boy claims himself to be innocent and tells everyone that a “big cat” stole the cake.

Finding it hard to believe, Takumi’s childhood friend Fumino Serizawa is determined that she has also seen this big cat and wants to prove the boy’s innocence. And so, the cat-hunt begins.

On her way back, Otome picks up a mysterious beautiful girl, Nozomi Kiriya, off the streets. This means that Takumi has a new sister?

Also, in the manga, many of the characters from the series To Love-Ru can usually be seen amongst the characters, suggesting this is in the same city as that series.

Takumi Tsuzuki is the adopted younger brother of Otome Tsuzuki. He was found as a baby, abandoned on a tatami mat, and was named Takumi by the orphanage. He used to live in the same orphanage as Fumino, until it closed down. He ran away from the orphanage and was found by Otome, and they subsequently became family. He is usually in charge of the Stray Cats patisserie, as Otome is often absent from the shop. He is childhood friends with Fumino, and is the only person who knows what Fumino’s words usually mean.

Fumino Serizawa is the childhood friend of Takumi, and has been with him ever since they were both in the orphanage. She has a habit of meaning entirely the opposite of what she usually says, a fact only Takumi seems to be aware of. It was revealed that Takumi was the unwitting inspiration for this habit. She works at the Stray Cats as a part-time job. She has a crush on Takumi, and is frequently teased about it by her good friend, Kanae.

Nozomi Kiriya is a mysterious girl Otome picked up at the train station on the way home. She arrived at the Stray Cats, not knowing anything but her name. She normally tends to be indifferent and emotionless, but also seems to be airheaded when it comes matters like being nude. Initially, she ran away because she thought that she was getting in the way of Fumino and Takumi’s relationship, but was eventually convinced to return by Takumi.

Chise Umenomori is the heiress of the Umenomori family. She has the appearance of an elementary school girl, but is actually a high schooler the same age as Fumino and Takumi. She looks upon Takumi as her servant and has a strange desire for him to let her hold his hand as well as having her head rubbed by him. She has a clash of personalities with Fumino, and the two girls end up bickering whenever they are within the vicinity of each other.

Otome Tsuzuki is Takumi’s older sister, but they aren’t actually blood related. She found Takumi on the street and brought back home just like Nozomi. She runs a Small Cake house Called “Stray Cat”, where Fumino and Takumi works.