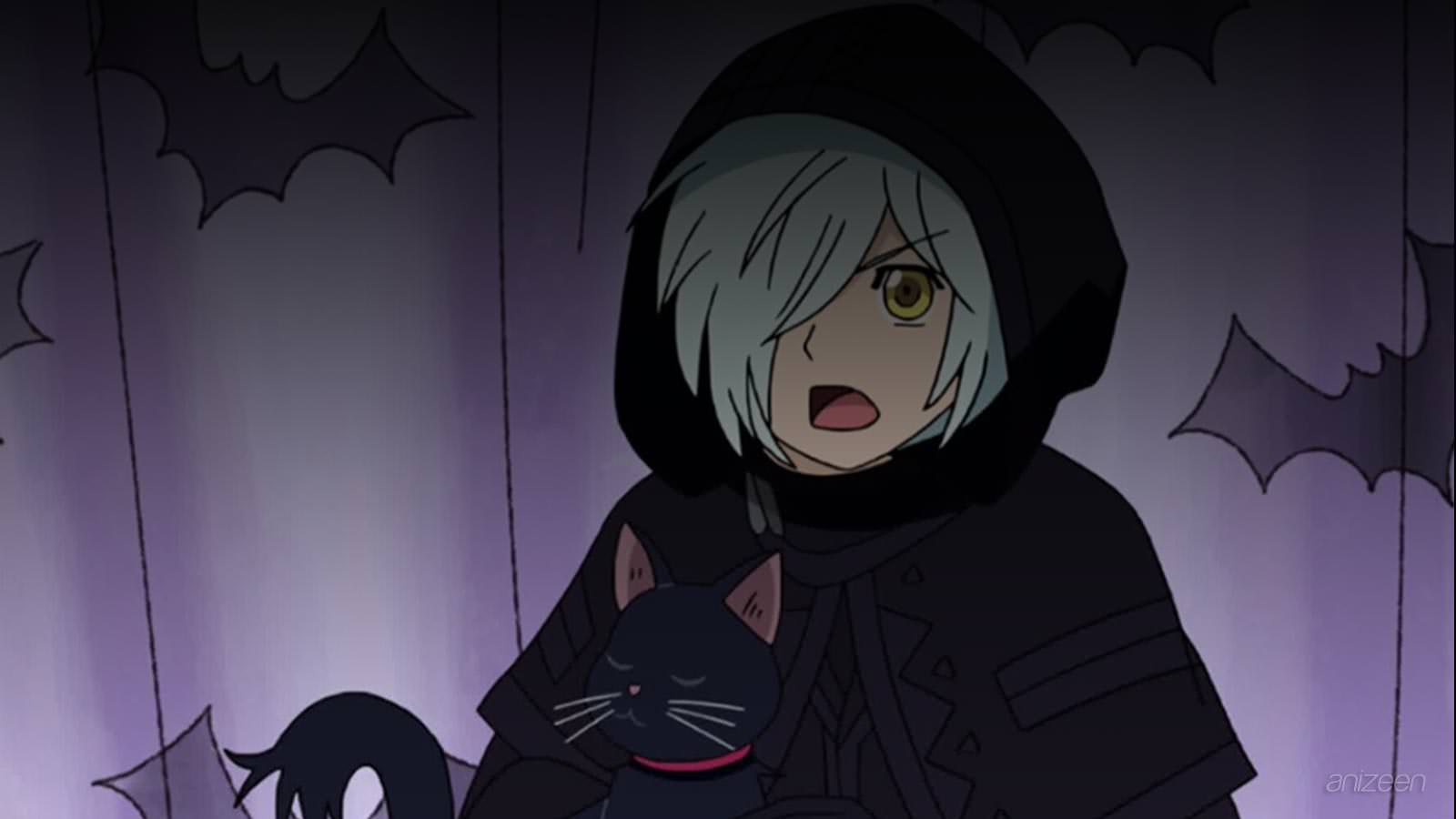 Chiyoko Kurotori, or Choco, is a 5th grader who loves the occult, that’s exaclty why her school friends ask her to summon the good old fashion Cupid.

Unfortunately for her, that day her nose was really stuffed and instead of calling for Cupid, Chiyoko ends up saying Gyubid. Everything would be alright if Chiyoko never invoked Gyubid, a black witch.

The day after, Chiyoko is woken up with strong words, as she opens her eyes she sees a person floating in front of her. Of course, Chiyoko screams out loud because of the impression.

Gyubid tells Chiyoko that only she can see her and that she must be delighted with being able to see a real black witch in front of her. From that day on, Gyyubid becomes Chiyoko’s magic instructor and starts telling her to do her chores and clean her room before beginning her training.

Chiyoko doesn’t understand what is going on and stops Gyubid. The black witch is clear and tells Chiyoko that everything is her fault; after all, she was the one who summoned her into this world.

And now, Chiyoko has to become a witch before she becomes an adult or Gyubid won’t be able to return to the Demon World. Gyubid is serious and shows part of her power to Chiyoko to prove her how vulnerable she can be without power.

But before Chiyoko becomes a black witch, she must learn to balance the grueling demands of her training with her normal school life.

At school, Chiyoko will have to deal with her first paranormal encounter, as one of his school mates has had some issues because one of the teachers gave him a nickname that makes him feel really bad about himself.

Chiyoko Kurotori is obsessed with anything occult. One day, she tried to summon Cupid but had a stuffy nose so ended up summoning Gyubid. Now, she is trained by Gyubid to become a black witch.

Gyubid is a Black witch mistakenly summoned by Choco. Choco is the only one who can see her. Gyubid can’t return to the Demon World unless she makes Choco into a fully fledged Black witch.