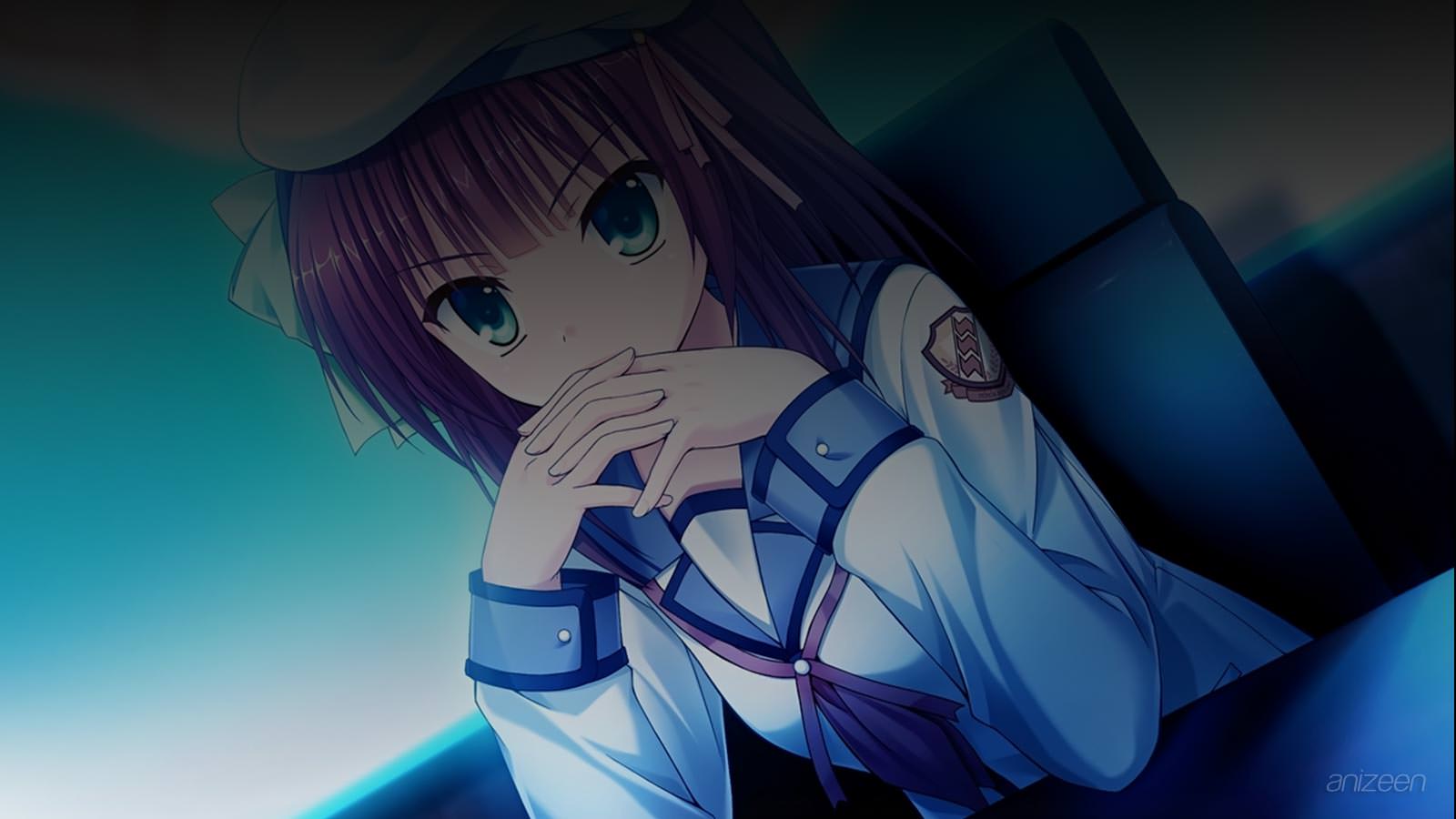 One day, Otonashi wakes up in a courtyard next to a girl, Yuri, who is pointing a sniper rifle against another girl. Yuri explains Otanashi that that he is dead and that he just woke up in the afterlife.

Yuri, tells Otonashi about her group named Shinda Sekai Sensen (SSS) is rebelling against the God who killed them all and stuck them in this strange place. Yuri strongly believes that the student council president, Tenshi, is an angel that needs to be killed in order to escape the afterlife and that doing nothing will result in erasure.

After hearing all this, Otonashi is skeptical, but when he tries talking to Tenshi, he gets stabbed by her Hand Sonic. Finally, after that, he understands this is not a bad dream but a worse reality.

It turns out that the massive boarding school is populated by artificial lifeforms, or NPC, who act like normal students. If the dead humans act normally, like the NPC students, they vanish. However, if they join the SSS and wage war against Tenshi and the status quo, they remain “alive”.

Eventually, Otonashi agrees to join the SSS until he can get all his memories back, and so, he is given a role in Operation Tornado. While Iwasawa, another girl in the SSS, and her GirlDeMo band lures in the students, Otonashi and his team are assigned to delay Tenshi.

Tenshi’s Hand Sonic and Distortion guard skills make her extremely hard to hit, and even a bullet to the abdomen fails to slow her down. However, the assault buys enough time for Yuri’s team to turn on some giant fans and blow all the NPC students’ meal tickets into the air to successfully complete the mission.

Otonashi is a guy who wakes up to find he is dead. He has lost his memories of the time when he was still alive. Quickly, he will be involved in a strange battle between the Shinda Sekai Sensen and God.

Yuri, also known as Yurippe, is a girl with a determined personality who is attending the afterlife school, where she meets Otonashi and invites him to join the Shinda Sekai Sensen. She carries a silver Beretta 92. Not only is she skilled with a gun, she can also fight in close range combat. She had four siblings including her, and they were a happy family, one day, a group of burglars kill her younger siblings, leaving her alone. She rebels against God finding it unreasonable that she should have had to live through that experience. She doesn’t reveal how she died but reassures Otonashi that it wasn’t because of a suicide.

Tenshi is a girl who is the student council president at the afterlife school. The SSS call her “Angel” since they do not know her real name. It is difficult to understand what she is thinking due to her rarely showing any outward emotion. She fights against the SSS, but says she is not an angel. She fights with supernatural abilities.

Iwasawa is the leader of Girls Dead Monster who is in charge of the vocals and is the rhythm guitarist. She also writes the lyrics and composes the music for the band’s songs. While usually a quiet girl, she is about to fascinate listeners via her striving to create music that speaks her thoughts.

Yui is an assistant to Girls Dead Monster, which she is also a big fan of, and is a member of the SSS. She enjoys playing guitar and singing on the street.

Angel Beats!
(エンジェル ビーツ!)
Is an anime television series produced by P.A. Works and Aniplex and directed by Seiji Kishi. The story was originally conceived by Jun Maeda, who also wrote the screenplay, with original character design by Na-Ga; both Maeda and Na-Ga are from the visual novel brand Key known for producing such titles as Kanon, Air, and Clannad. Key is working in collaboration with ASCII Media Works’ Dengeki G’s Magazine to produce the project. The series began airing in Japan on April 3, 2010. Two manga series and a series of illustrated short stories based on Maeda’s original concept are serialized in Dengeki G’s Magazine.
OP
S1. “My Soul, Your Beats!” ~ Lia
ED
S1. “Brave Song” ~ Aoi Tada
WEB