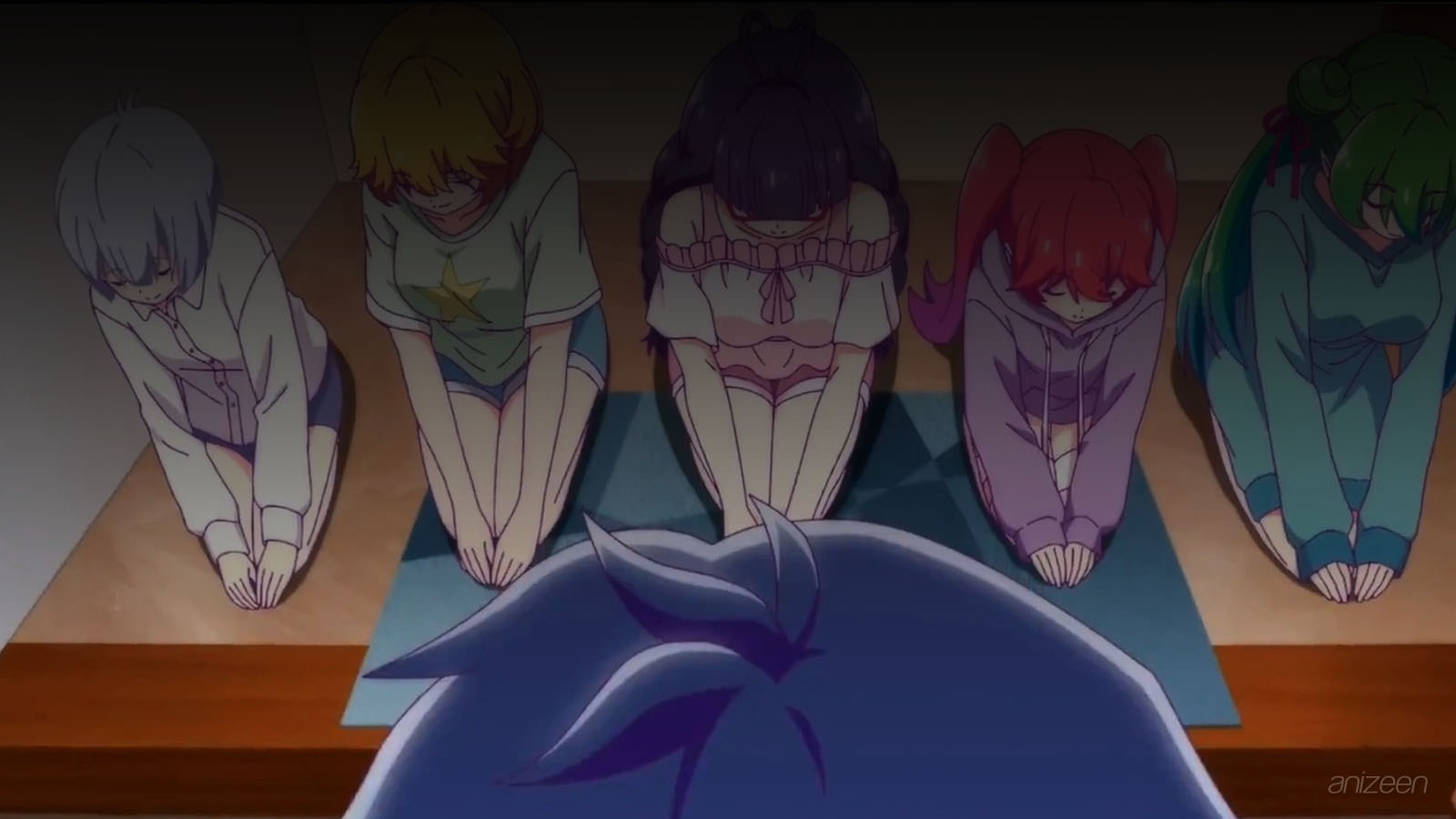 Asahi is a simple high school student, reluctantly, he wakes up one day to attend school and while eating breakfast, he decides to watch the news on TV.

Surprisingly, he watches what appears to be a new segment on the news, and a mysterious woman begins to fortune telling the future, and claims that today’s lucky number will be for those born on October 8, Asahi’s birthday.

The fortuneteller warns that that day will be full of interesting encounters, and that those will be determined by lucky words such as: corner, train, stairs, cleaning robot, dog and letter.

For obvious reasons, Asahi doesn’t believe what she says at all, and runs off to school, fearing that he won’t make it to the next train.

A distraction is enough and in a corner, as the fortune teller said, Asahi collides with Aoi, who ends up on top of him in a compromising position. Aoi stands up asking if Asahi saw something below her skirt, and he immediately denies it.

Finally, Asahi boards the train, and is surprised to see it completely empty, at least until Bai arrives, and for some reason, she sits right next to Asahi.

Furthermore, Bai begins to fall asleep and ends up over Asahi’s shoulder, he tries to move trying to avoid a misunderstanding, but Bai ends up getting comfortable and hugging Asahi’s arm.

When she wakes up, Bai doesn’t hesitate to launch an attack aimed at Asahi, who flees the train without a second thought. At that moment, he stops in front of the stairs and begins to remember what the fortune teller said, and sure enough, once again he ends up on the ground next to Karin.

Everything indicates that his day will be an ordeal, and that the predictions he heard will come true, and without looking for it, he ends up involved with Amelia and Irina, while one chases a cleaning robot and the second -who dresses as a boy- is harassed by some dogs.

Finally at school, Asahi is surprised to see that all the girls he met along the way are exchange students and are in his class. Even more, Bai is the new teacher of his class and everyone starts complaining about his earlier actions.

During the day, Asahi receives a letter, that would end the predictions he listened in the morning, and out of mere curiosity he decides to attend the appointment. There, he finds Aoi, who out of the blue tells him that on one hand she hates him, but on the other she confesses to be in love with him.