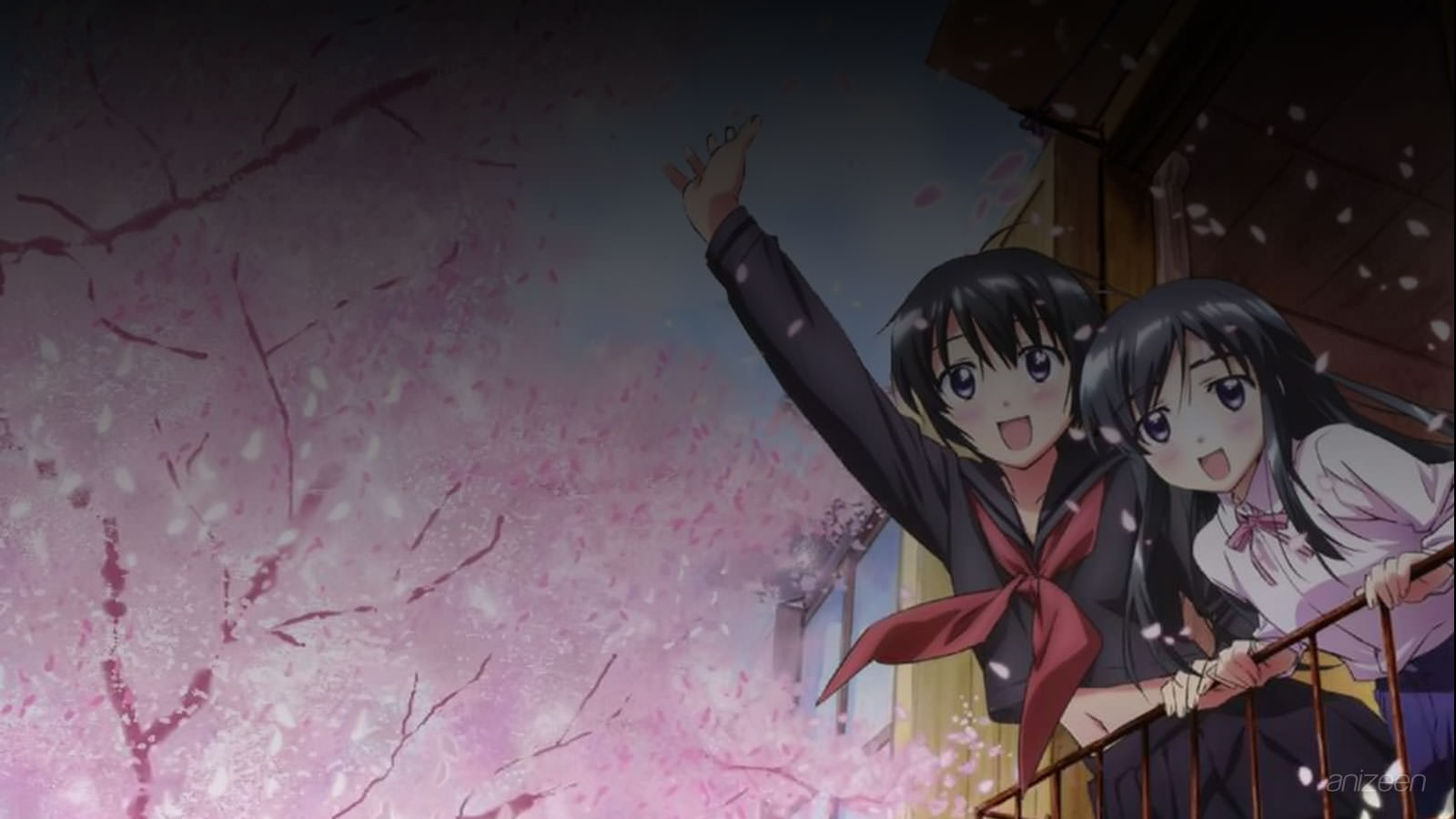 The Yamada sisters, Kyo (15) and Asu (9), are students studying in secondary and primary schools respectively. Their mother has passed away while their father ran away after incurring debts due to gambling.

Despite the difficult circumstances, both of them decide to overcome the unhappiness and welcome their days with enthusiasm and pride. Fortunately, with the change in the law system several years ago, Kyo is able to study and simultaneously, take up temporary jobs (such as distributing newspapers and tutoring) so as to support the family and make ends meet.

On the other hand, Asu will take charge of household chores, prepare meals and manage the financials to assist her older sister. Surrounding them are also good and kind neighbours such as the novelist, Saegusa-san, and the aunt at the public bath who will watch over them. Although life is difficult and at times painful, the sisters are happy to have each other.

Kyou Yamada is the older sister of the two. She delivers newspapers to make money for their small family unit and has also taken up a tutoring job. She is afraid of lightning, but won’t even let that stop her to take good care of her younger sister. Kyou promised her deceased mother that she would take good care of Asu and is doing everything in her power to live up to that promise.

Asu Yamada is the younger sister. She does the shopping for the family and also takes care of the cooking and cleaning. Asu is extremely fond of her big sister and tries to do everything she can to make life easier for her, since she is as yet too young to work for money herself.

Genzou, the owner of the apartment building where the sisters live, is an older man who rarely smiles and appears gruff and forbidding. He is, however, very much concerned with the sisters’ welfare and was the only one willing to take them in when their father abandoned them.

Kinko and Ginko are another pair of sisters. Kinko (golden child) is the elder, Ginko (silver child) the younger; Ginko attends the same elementary school as Asu and is also class representative, but considerably less popular, since her personality is more domineering than Asu’s. Kinko is a member of her school’s student council and Ginko expects that she will have to live up to her older sister’s example.