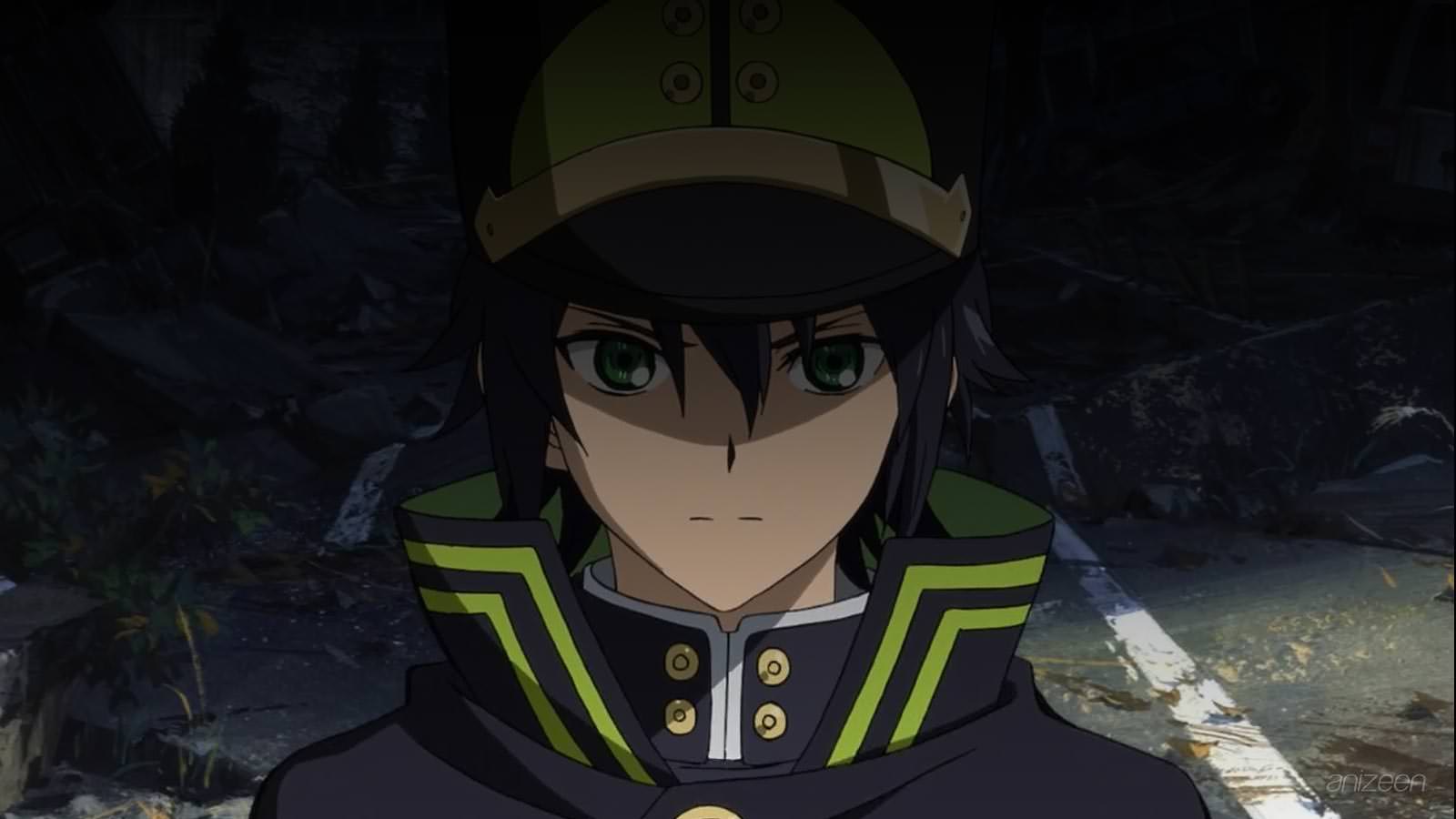 It is 2012, the world has been struck down by a deadly virus. Humankind is in danger, and most of the adult population is dying. But children are set apart, and they seem immune until they grow older.

Out of nowhere, vampires come out and take control of the cities, taking children into custody, after all, it is imperative to have fresh blood to survive chaos. The remnants of humanity is in hands of blood sucking tyrants.

Yuuichirou Hyakuya is an orphan, he had a terrible childhood and sometimes he wished he was dead. He is taken to the Hyakuya Orphanage, where he met several children, among them, Mikaela, a friendly kid with a strong sense of unity.

Mikaela simply tells Yuuichirou that he has had a bad life so far, but now he is amongst family. Just like that, Mikaela does the unthinkable to give his family a chance to survive.

On the other hand, Yuuichirou is sick of vampires and only wishes to know a way to defeat them. But he is immature and always at risk of being killed, but Mikaela is there, protecting him at all cost.

Yuuichirou can’t understand why Mikaela does such stupid things, like sharing his blood with one noble vampires, Felid Bathory.

Mikaela got a map of the city, and a way out, it doesn’t matter if they have a short life out there, they want to be free.

But it is a trap, Mikaela and his family have been discovered by Felid. He tells Mikaela that the map is not a fake, they will be able to survive if they defeat him.

Mikaela stole a gun handles it to Yuuichirou, ordering him to escape and take the others. The kids make a run for freedom, but they are killed one by one by the vampire.

In one opening, Mikaela loses an arm, but Yuuichirou is able to hit a final blow to the vampire. Mikaela is badly hurt, but Yuuichirou doesn’t want to abandon his only family.

Mikaela orders Yuuichirou to leave, to survive for another day.