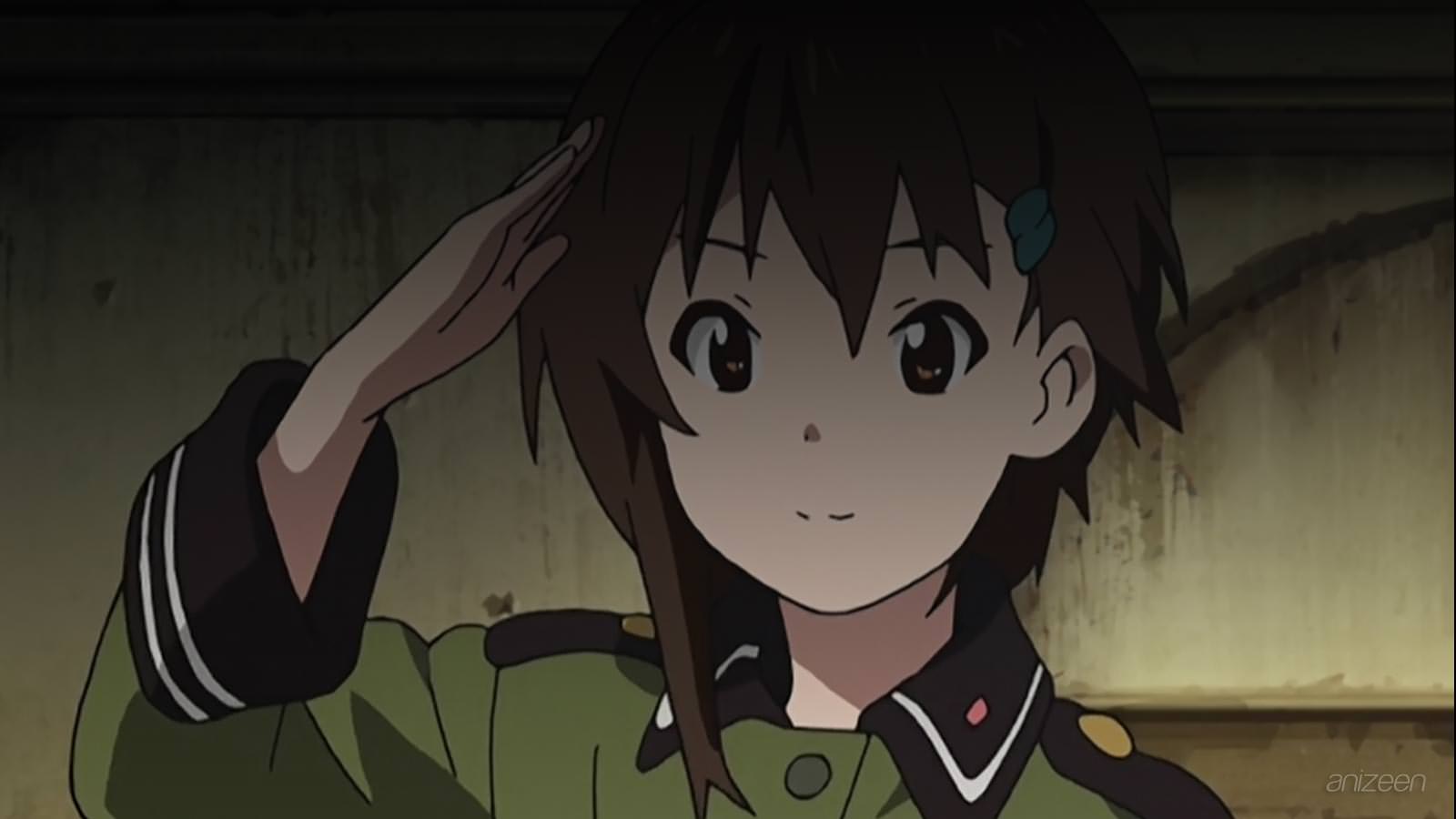 When Kanata Sorami was all alone at a young age as a result of war, she found inspiration in a trumpeter she met. She decides to join the army and become a bugler in the Signal Corps.

After a cease-fire during a long war, as a second-class bugler soldier, Kanata is reasigned to her new outpost at the 1121st Platoon in a stronghold Fortress in the little city of Seize, where other female soldiers reside to serve in a multi purpose task.

They must maintain the fortress, contribute to the traditions of the city since all are young females and the folklore tales that the young maidens keept a demon under control, and also to be prepared in case of a non probable attack due to the isolation of the city.

In Seize, she runs into Rio Kazumiya, she is a skilled trumpeter who becomes Kanata’s instructor, and Kanata is thrilled by this because her bugle playing is extremely bad.

Rio tells her about the legend of the Fire Maiden. While looking at a bell owned by Rio’s father, an owl steals it, forcing Rio to stop Kanata falling off the balcony trying to get it.

As Rio participates in the festival, Kanata decides to search for the bell. She finds it hanging off a ledge, but when she goes to get it she falls into the lake, where she sees the golden skeleton of a winged creature.

Kanata Sorami is a young girl who joins the army as a bugler, and is always carrying a bugle with her. Despite being rather bad at playing the bugle herself, she has absolute pitch in regards to identifying musical notes. She is a bright and positive person, Kanata brims with curiosity and is easily moved. She sometimes has problems reading the atmosphere, but that ignorance causes her to be happy

Rio Kazumiya is the sergeant major of the platoon and Kanata’s bugler instructor who plays the trumpet. Her field is correspondence. She speaks in a strong-minded and curt manner, but she has a kind disposition.

Kureha Suminoya is a private and tank gunner, and the youngest in the platoon. She tries to act tough and use the proper honorifics, but laments that their unit is lesser known and more lax than others. Her heart burns with rivalry. She’s a strong-willed and obstinate person.

Noël Kannagi is the platoon’s pilot and mechanic. She is generally very sleepy and will fall asleep right in the middle of something. She spends all her time repairing the Takemikazuchi’s gun batteries.

Filicia Heideman is the platoon leader and second lieutenant, who does away with ranks in her platoon, preferring everyone to be on a first name basis. She is afraid of lightning. She is usually gentle, but she can become strict at a moment’s notice.

Sora no Woto
(ソ・ラ・ノ・ヲ・ト)
Is a Japanese anime television series produced by A-1 Pictures and Aniplex and directed by Mamoru Kanbe. The anime began airing in Japan on the TV Tokyo television network on January 5, 2010. Sora no Woto is the debut project of Anime no Chikara, a joint project of TV Tokyo’s anime department and Aniplex. A manga adaptation illustrated by Yagi Shinba began serialization in the January 2010 issue of ASCII Media Works’ Dengeki Daioh magazine.
OP
S1. “Hikari no Senritsu” ~ Kalafina
ED
S1. “Girls, Be Ambitious.” ~ Haruka Tomatsu
WEB