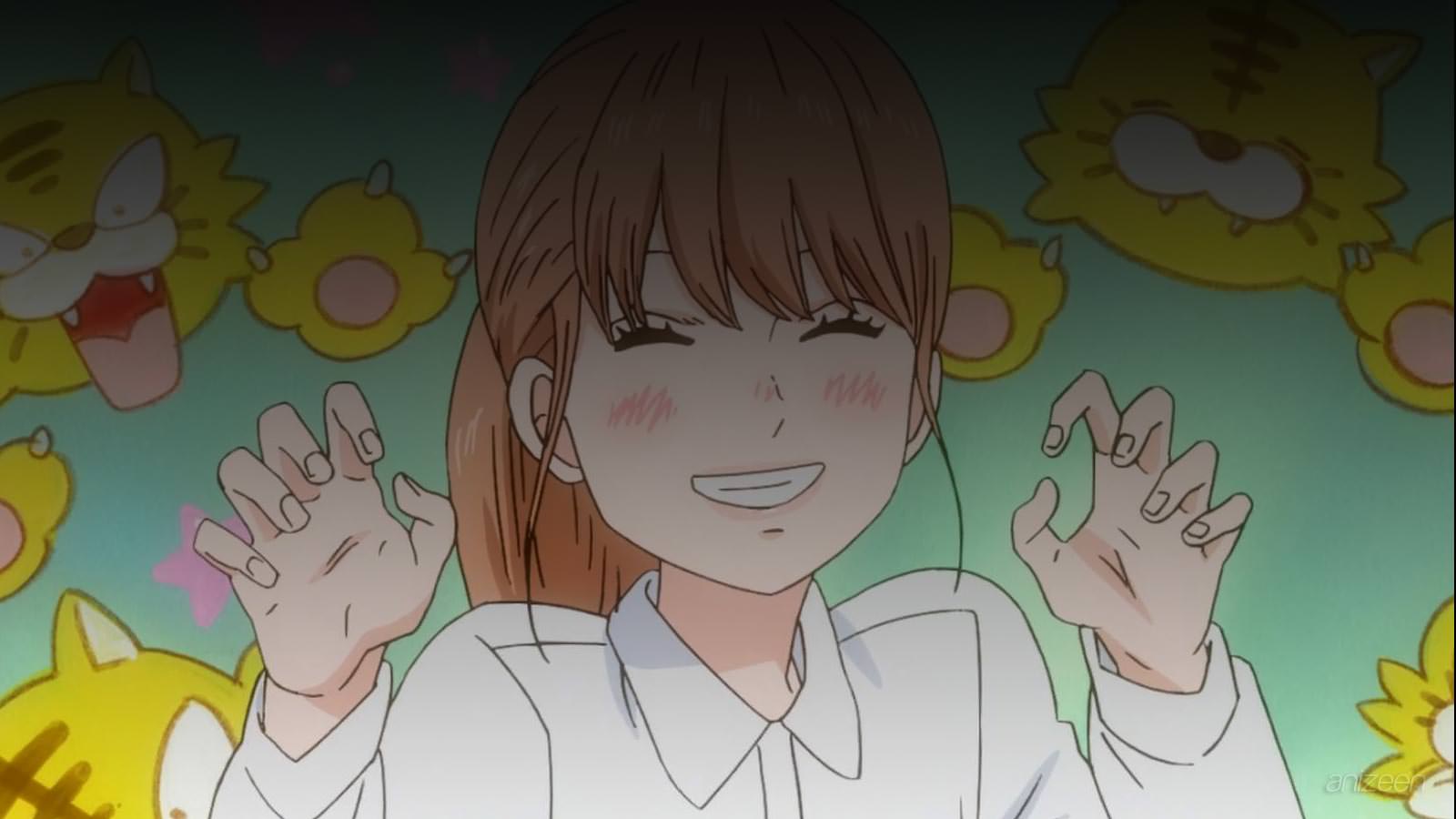 Takeo Gouda is strong, has a great heart and is admired… but he is too big, and scary, especially for the girls. Takeo is best friend with Makoto Sunakawa, every girl’s dream.

Basically, Takeo and Makoto are complete opposites, still they have been friends since childhood. Takeo has such a sense of responsibility, that he tries to help, in return he expects nothing at all.

Meanwhile, Makoto is good looking, but since elementary he has not been quite considerate, and this applies particularly with girls, who are always around him proposing every time they can.

Takeo has had several infatuations in his short life, but it is always Makoto who gets the attention, and then he simply rejects her and move on.

Takeo and Makoto have finished junior high and are ready to begin high school, on their way home they take a train, it is crowded. On one corner, Makoto sees a suspicious person, he is right behind a girl named Rinko Yamato.

Takeo waits no longer and grabs the creep as he tries to touch her. Rinko is a small girl and seems frightened, but doesn’t hesitate and thanks Makoto for saving her.

Takeo can’t believe what he is hearing, it is a dream come true, and those beautiful words come from a beautiful girl.

Once at the station, Takeo and Makoto tell Rinko that they will take care of everything, but she wants to follow them to the police station.

In front of the police officers, they accuse the molester, who denies everything and tells it is Rinko’s fault. After all, she is wearing a short skirt. Takeo can’t contain and simply hits the guy right in the face.

Now, Takeo has some problems and has been suspended from school for some time. To his surprise, the next day Rinko visits his place and brings a cheesecake.

Takeo thinks she is really interested in Makoto and simply gets along. The cheesecake was delicious, but it’s time to go. But Rinko forgets his phone at Takeo’s, she calls and set an appointment with Takeo. He thinks it is a good idea to take Makoto with him.

Once again, Rinko prepares some sweets to thank them, she is really shy and unable to express what she wants. Takeo thinks she is really in love with Makoto and decides to help her. He can’t let Rinko’s heart to find trouble.