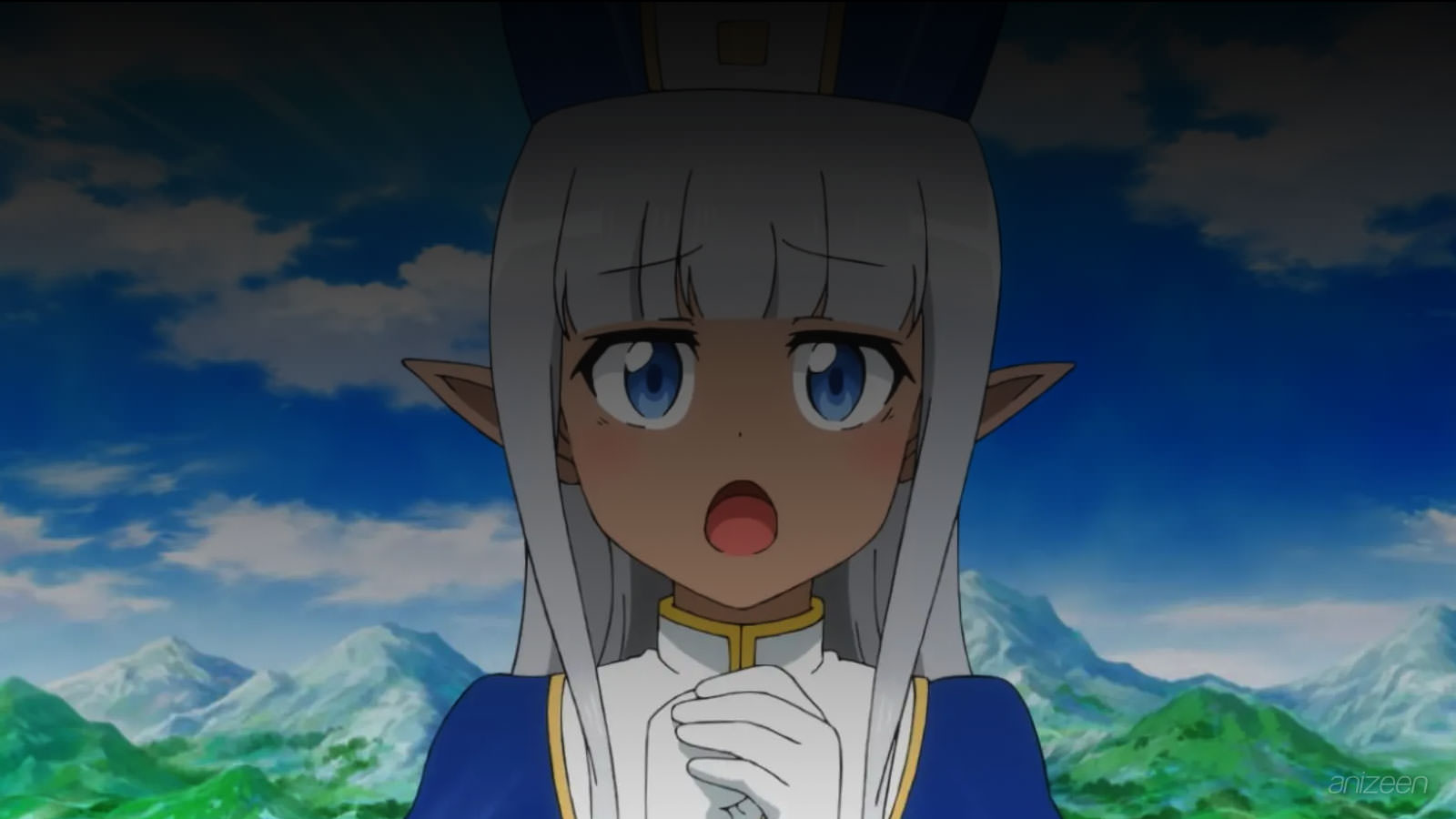 In a world of adventure and danger, Alvin is a warrior who fights for good and Carla is an elf healer.

One day, Alvin runs into a huge beast in the form of a bear, the fight is intense between the two and at one point, Alvin loses his sword, the bear attacks him and tries to knock him down.

At that moment, Carla appears and interrupts them in the middle of their confrontation. The young woman asks Alvin if she requires her help, in such a situation, the warrior would expect a healer to offer it without hesitation.

However, when Alvin agrees, she tells him that this is not the way to ask for help, that he should do it on his knees.

At that moment, Alvin asks the bear for a time out, for a moment he loses control and yells at Carla, but he catches his breath and tries to apologize, however, Carla does not accept it willingly, and she even asks him to show remorse.

Alvin controls his emotions and tells her that in exchange for her help, he will do whatever he can for her.

Carla asks him to allow her to accompany him in her team, she has never been in good terms with adventurers, and he deduces that it is because others see her as unattainable, although in reality it seems to be because she has a very wicked personality.

When she finally prepares to heal him, Carla is shocked and ends up putting a curse on him. Now, as a condition of the curse, he will not be able to move away from her more than 300 meters, otherwise something terrible might happen to him.

At that moment, the bear decides to intervene and begins to teach the adventurers a civility lesson. He tries to make them reason and calm down to find a solution to his problems.

Alvin is surprised to hear such wisdom from a bear, and agrees with it, meanwhile, Carla sleeps soundly.

Realizing this, Alvin gets annoyed with Carla and demands that she respect the great beast, and continues saying that age has offered the beast great knowledge, unfortunately for him, the bear is not amused that he infers its age and gives him a great hit to Alvin.

The adventurer lies dying in the distance, and both Carla and the bear run to help him.

The bear, or rather female bear, takes Alvin to his house, where Carla performs all kinds of healing to save Alvin. Hours later, he wakes up with his wounds healed.

Both begin to regret they were unable to heal his face, they even tell him that he has ended up disfigured, but when Alvin looks at himself, he realizes that he is the same as usual.

Thus begins a strange adventure, in which Alvin will not only have to take care of the dangers of the world, but also who he is supposed to support him on his journey.