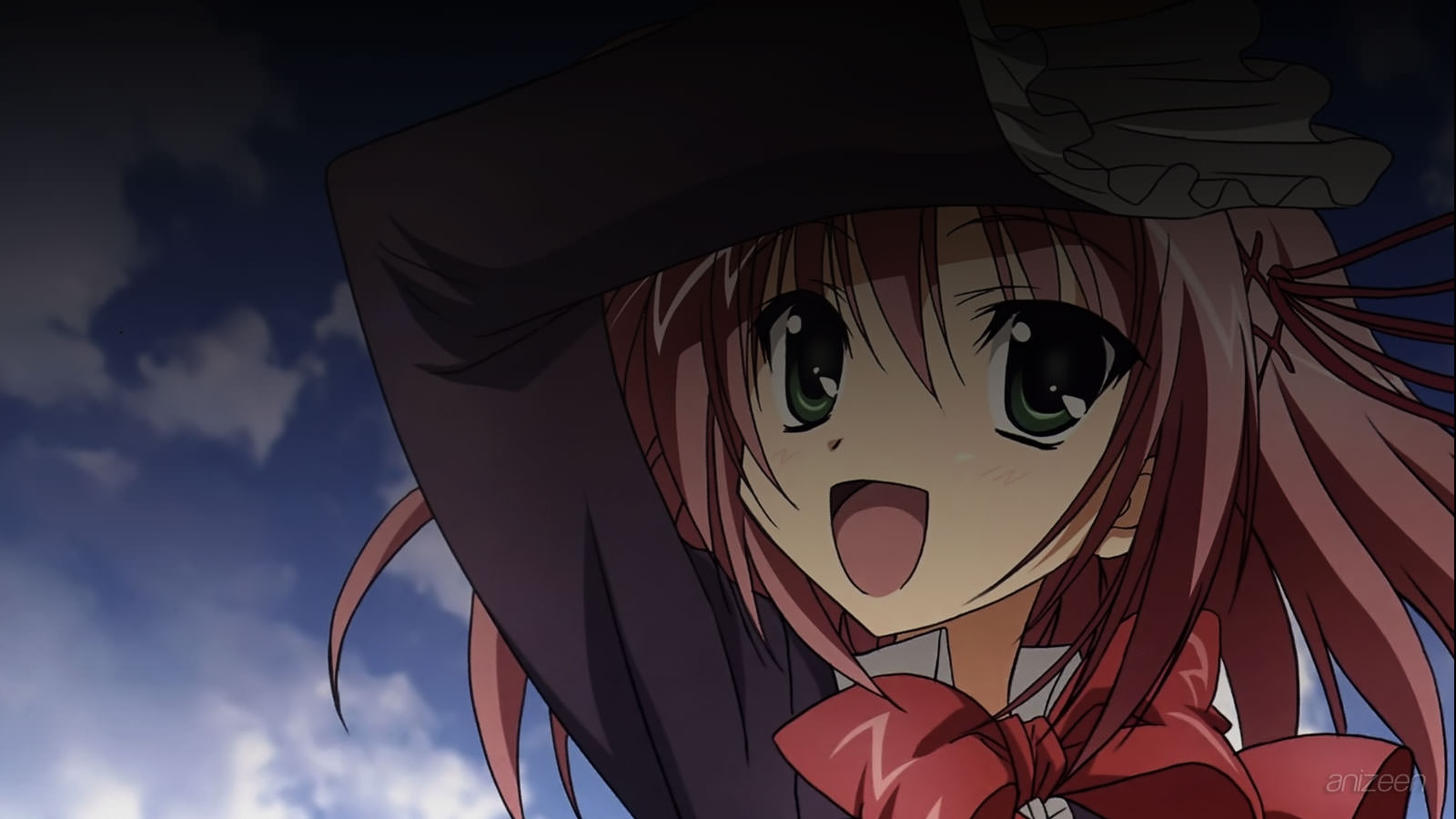 Kurimu Sakurano is the Student Council’s President, while the only boy, Ken Sugisaki is the Vice-president. Both they hold a brief meeting to see how to improve their council, however Ken thinks of the student council as his own personal “harem” and tries to get the girls to agree with him.

Going no where, the other members come in to help with the discussion. Ken tries to hit on everyone, but seems like his pervert self can’t convince a single person.

The girls are not amused, and none of the Student Council members pay much attention to Student Council business, other than Kurimu. Later that day, a teacher comes in and brings a lot of equipment for the club.

The Student Council who’s in charge of this will have to check all the equipment, and approve these clubs one by one. In the meantime, Ken relaxes and plays his with his eroge following his walkthroughs book.

Still working on the club approvals, Ken gets bored and calls Aka-chan “flat chested” every time she stamps a form. She gets irritated and cries herself to Chizuru Akaba, a girl that looks more like a woman.

Then, Ken points out that shes not only flat chested but short. In Chizuru’s chest, Aka-chan cries even harder and falls to the ground. Finally, Ken wanting to do something brings all the forms outside, and runs back inside for a form for all the clubs.

Finishing that, school’s over and everyone leaves, Aka-chan finds her bunny candy in her locker gifted by Ken. After all, it seems that Ken isn’t just a pervert.

Actually, he works really hard, easing the girls life in the Council. He doesn’t want his friends to suffer this boring job, and since he is the only one in the council that is not elected in, he wants to try and do something to help the council also.

Kurimu Sakurano is the President of The Student Council. Her outward looks, speech, thoughts, attitude, pretty much everything is like that of a child’s, but whatever she does she is full of passion. Her nickname is Aka-chan, literally little-red, which was given to her by Chizuru.

Chizuru Akaba is gorgeous with a tall and model-like figure. She is a mature woman who is cool but also has a warm heart. She is the Secretary of the Student Council, but is also an extreme sadist. She loves to cuddle and “abuse” the President in a little sister way.

Minatsu Shiina is a bold character and Student Council Vice-president. A boyish girl with impressive athletic skills, that’s why she is popular among girls. She’s in the same class with Ken and has a little sister, Mafuyu.

Mafuyu Shiina is the Student Council Treasurer. Minatsu’s sister and the only freshman in the Council. She is a swaying bishoujo, and is afraid of males. Ken thought her to be “the easiest character to see the ending” but later turns out to be the most feared one by some reason.