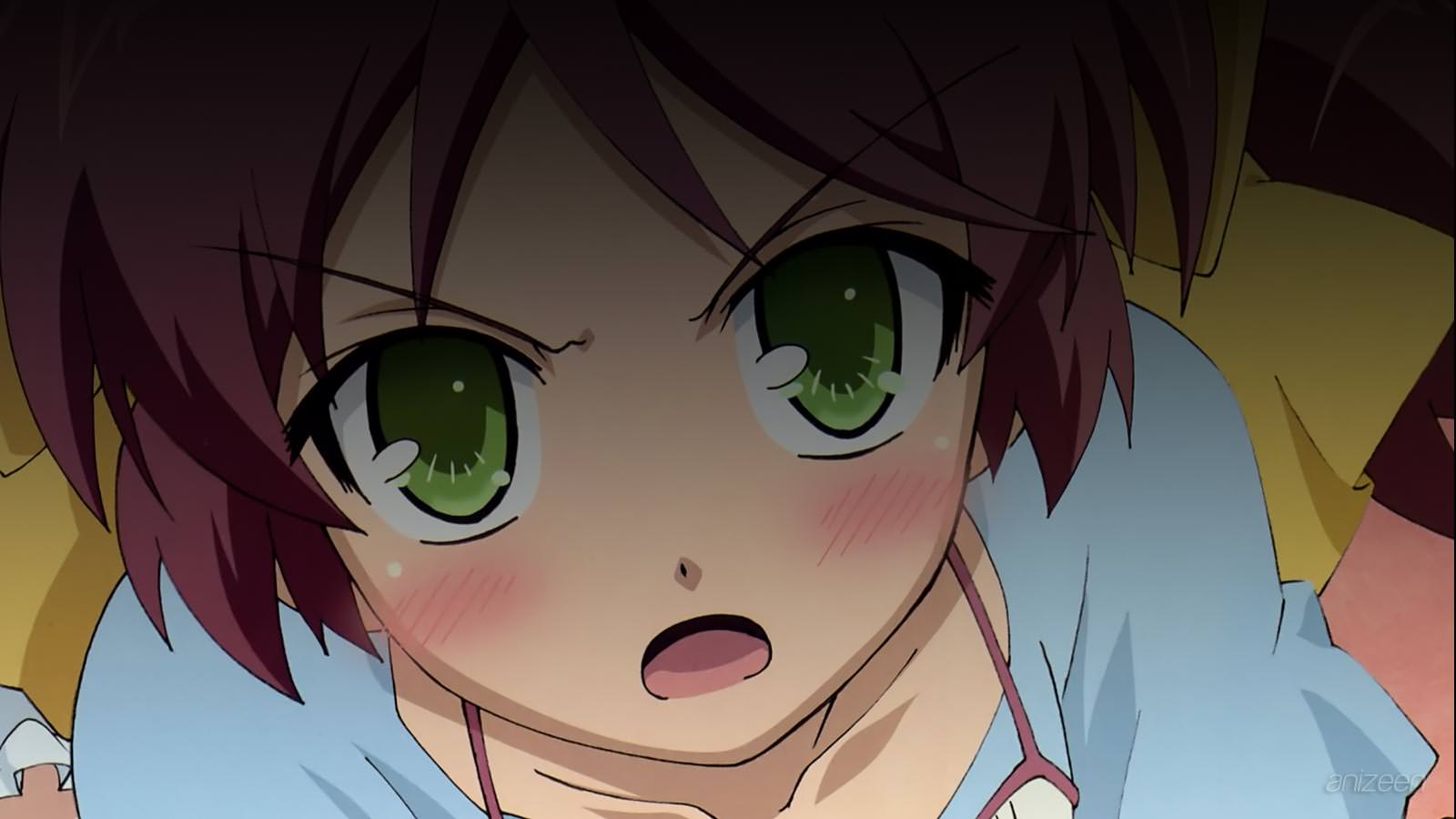 Akihisa Yoshii is not a regular student, actually, he is known as the “Baka”, or idiot, at Fumizuki Academy, a school where the staff rigidly divides the students based on the results of their tests.

Class A is filled with the highest-scoring students; therefore, their classroom was filled with many fancy items such as air conditioners, huge spaces, or specual seats. Meanwhile, the state of Class F is the complete opposite of that.

This academy has something special, where all the students manage to call “Shoukanjuu”, or Summoned Beings. These Beings, whose strengths are measured by their summoners’ grades, are used for battles between the classes. Since Class A is filled with prodigies, they all have strong Summoned Beings, while Class F has drastically weak ones in comparison.

On the day of the placement test, a smart girl, Mizuki Himeji, suffers from a fever and is unable to complete her test. As a result, she is buried alive into Class F together with Akihisa Yoshii.

Akihisa, who worries for her health, pitches an idea to his class to rule over the higher-level classes by doing a Shoukanjuu War for both Mizuki’s sake and to get more and more privileges. Of course, this won’t be an easy task to do, specially because Yoshhi has such a bad reputation.

Akihisa Yoshii is portrayed as the “Ultimate Idiot” and is implied to have the worst grades among his peers of the same level. He’s such a dumb person, that he is titled the “Kansatsu Shobunsha”, or under observation, at school. For him, his own safety is the most important thing and does not hesitate to use the most cowardly ways if needed. However, he also has a righteous heart that can stand up against for other friends, except Yuuji.

Mizuki Himeji is one of the smartest students in Fumizuki Academy and would have probably ranked second of her level if not for her inability to finish her placement exam due to her fever. Despite the poor conditions of her class which were unfavourable to her fragile health, she claims to be happy because she is in the same clas as Yoshii.

Minami Shimada is one of the only two female students in class F. She is a Japanese who spent most of her life in Germany before coming to Fumizuki Academy, and as a result she is especially weak in kanji. She is strong, wild and according to herself, her hobby is “beating up Yoshii”. And she really does hit him all the time for whatever reason, but it’s just a reverse way of displaying her special feelings to him.

Hideyoshi Kinoshita is a very feminine-looking guy and is the younger twin brother of Yuuko Kinoshita of class A. Despite being a fraternal twin, except for his male body, he looks almost identical to his twin sister. He is one of the rarely found people with ordinary minds in Class F, but because of that, he’s often pressured by his classmates.

Yuuji Sakamoto is the class representative of class F. He is cool, collected, and exhibit surprisingly high intelligence and foresight unexpected of a student from class F. Yuuji was once known as a child prodigy in his childhood. The only reason why he ended up in class F was because he did not study at all and he holds the strong belief that grades are not everything.

Shouko Kirishima is a childhood friend of Yuuji Sakamoto. She is the top student in her level and the class representative for class A. Shouko is a soft-spoken, but highly assertive and intelligent girl. She has feelings for Yuuji.