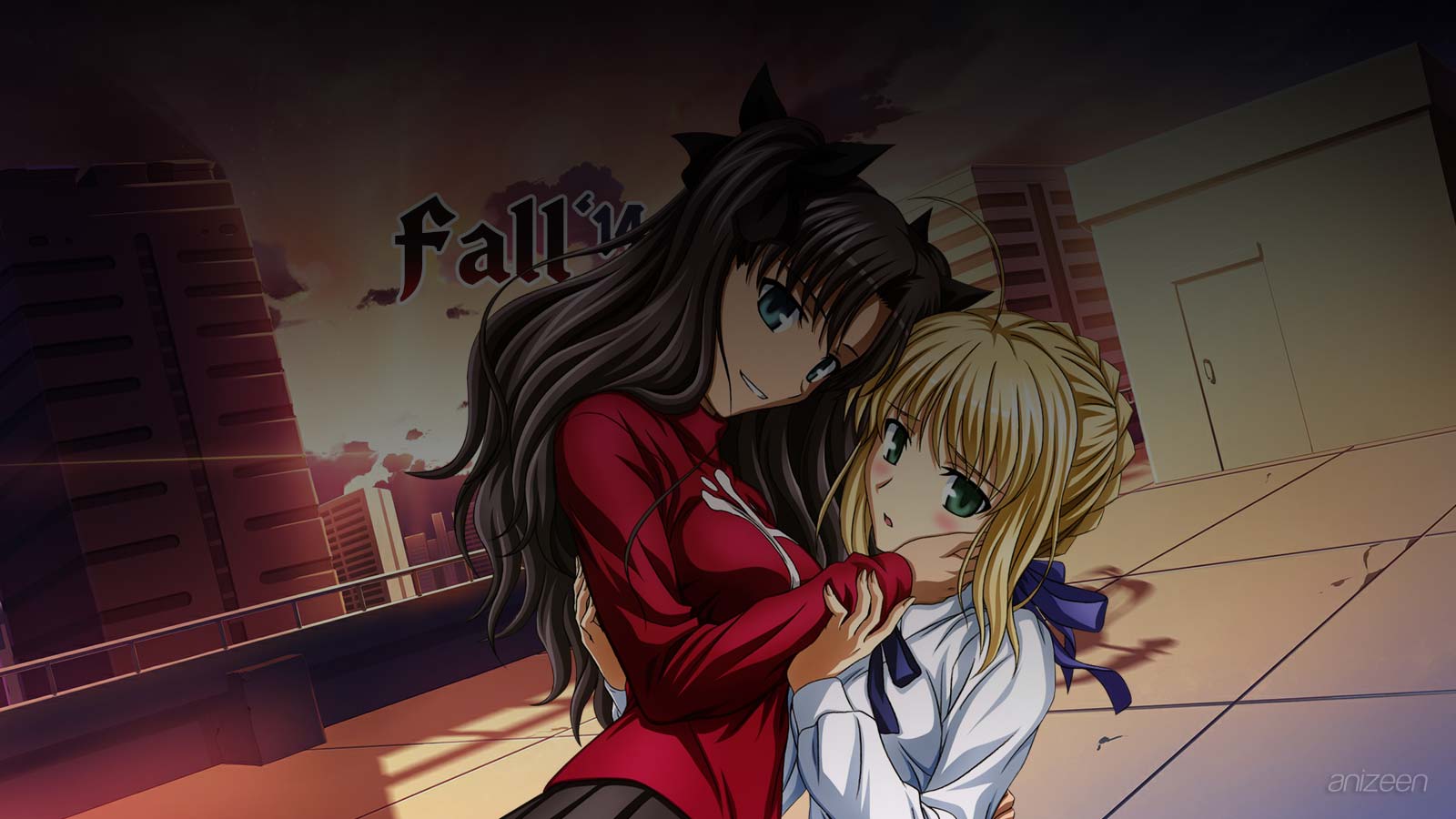 The Fall Anime Season 2014 is big in terms of new series and specials, it’s been a while since we had so many. Hopefully, it will be a great one to end 2014, a year with many ups and downs and with some great series to remember.

One of the most expected series comes from the past, once again, in Fate/stay night [Unlimited Blade Works] (2014), Shirou will have to face his destiny. As an orphan, he was lucky to be saved and adopted by a good man, but now he is also gone and Shirou will have to battle a war like no other. Together, master and servant, mighty heroes from the past, will fight against each other for the possession of the Holy Grail.

Meanwhile, in Akatsuki no Yona where a different time and space prevails, Yona, the only princess of a grand kingdom, is about to turn 16 years old, and her life is about to change when her beloved cousin Suwon murders her father to claim the throne. She is forced to leave the castle with her body guard Son Halu and runs into his hometown to begin her new life.

After betrayal, war seems imminent, or at least that’s the reality in Madan no Ou to Vanadis where Eleonora Viltaria, one of the seven Vanadis of Zhcted, causes fear to her enemies with a powerful weapon she received from a dragon. One day, a young archer called Tigre defies Eleonora and she gives him a taste of her weapon. She spares his life and makes him serve her from that moment on.

But life isn’t about war, love is in the air… or not? In Danna ga Nani o Itteiru ka Wakaranai Ken, a Kaoru is a hard worker and she is passionate about her job. In the other hand is Hajime, the husband, who is nothing else but a hardcore otaku who wants to live the ideal life, just as you and me. Can they get along?

A place that really needs hard workers is in Amagi Brilliant Park, where the worst amusement park in Japan is about to close, it is mission impossible until Seiya is dragged in by a girl named Izusu. And magic begins to flow in the air… literally.

But if you really want to see magic, in Trinity Seven, wait for the Black Sun over the town where Kasuga lives. One day, a magician appears before him and the Black Sun causes a breakdown phenomenon that destroys the town. Because of this, his normal life was artificially reconstructed by a Grimoire that his childhood friend had left.

In Ookami Shoujo to Kuro Ouji, young hearts will fall for Kyouya, he is good looking and elegant, but behind his sweet exterior, he’s actually a malicious sadist. And he will have no compassion of Erika, who dared to approach him. Romance? Guess it won’t happen as expected.

And at this point, how about another renewed series? In Ai Tenchi Muyo! where the world is in trouble because good old Washu is stirring up trouble again. In order to save the world from crisis, Tenchi goes undercover as a teacher in an all girls’ school. However, many problems arise, you know Tenchi and the main characters in the classic series.

In terms of OVA, ODA, specials and movies, rejoice! You have plenty of material to cover this next months: Strike Witches, D-Frag, Nisekoi, a brand new Futari Ecchi, Seitokai Yakuindomo *, Kuroshitsuji: Book of Murder, Shin Tennis no Ouji-sama, IS: Infinite Stratos 2, Yuru Yuri, among others.

In theaters, Gekijouban Shingeki no Kyojin, Uchuu Senkan Yamato 2199: Hoshi-Meguru Hakobune and The Last: Naruto the Movie will end the year with a lot of action.

What are you waiting? Schedule your time wisely, we’ll see you as 2015 unveils full of promises to fulfill.

Have a great season!


Madan no Ou to Vanadis


Imawa no Kuni no Alice


Yamada-kun to 7-nin no Majo OAD


THE LAST NARUTO THE MOVIE

Next
Sekai Seifuku: Bouryaku no Zvezda (2014)