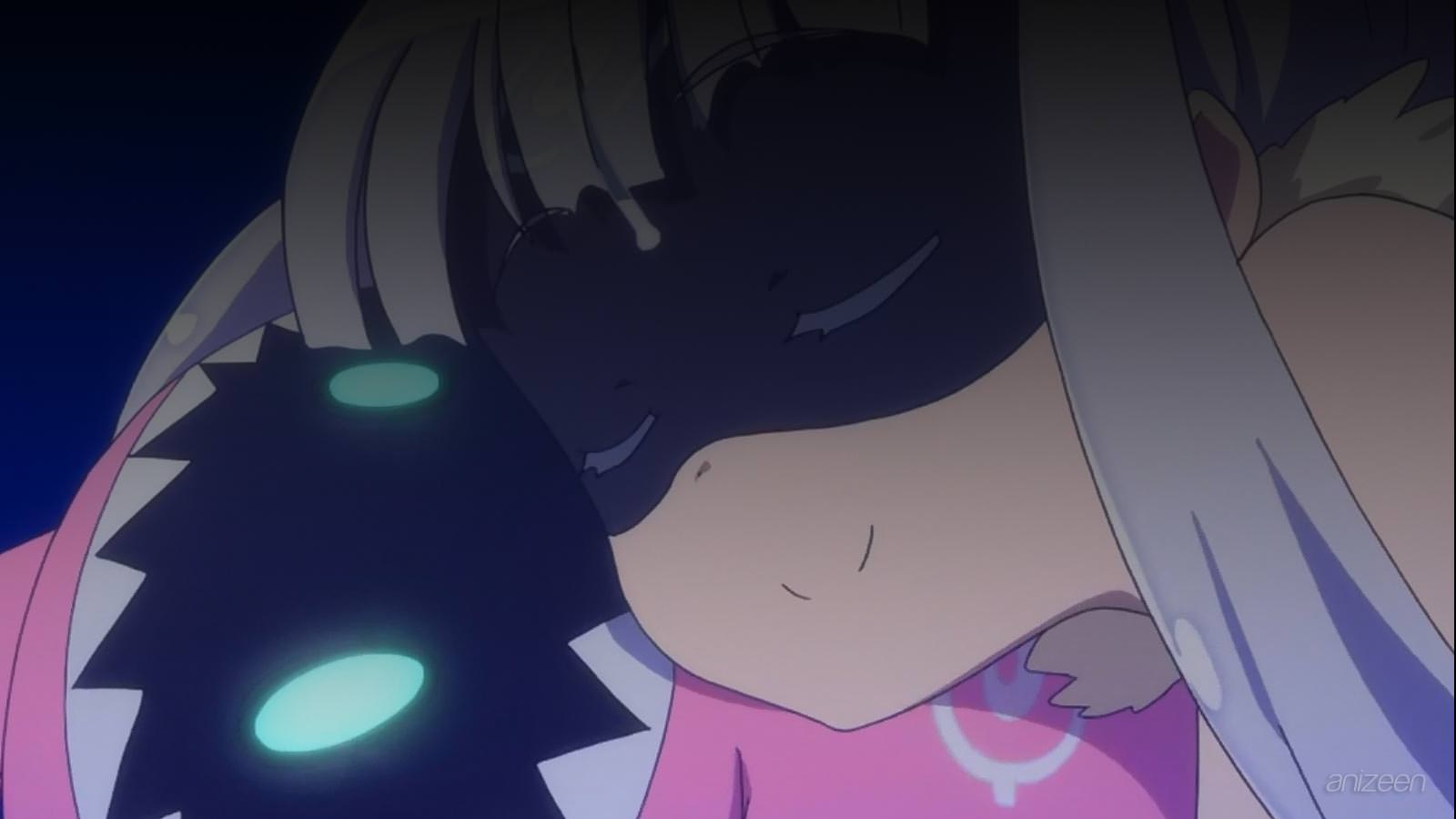 One night, Asuta Jimon runs away from home after having an argument with his father. Hungry, he goes to a nearby convenience store to buy something to eat. There, his classmate, Renge Komadori is carrying a lot of groceries.

Renge tells Asuta that she is on an errand and is on her way home, warning Asuta to go home as a martial law is being announced. After Renge left, all the nearby stores begin to close.

Asuta begs at the convenience store to buy some food, just to find out his father has frozen his credit card, with all the money he has, he is able to buy something.

As he walks down the street, police cars are coming. Fearing that he might get arrested as he is still outside when a martial law is in effect, Asuta goes inside an alley to hide. Behind him a little girl begs for something to eat and Asuta shares his food with her.

The little girl took a liking to Asuta and introduces herself as Kate Hoshimiya also known as Lady Venera, the leader of an organization bent on world conquest called Zvezda. Asuta thinks she is making fun of him and walks with her playing along, and agrees to join her group by accepting a gas mask with a Zvezda mark on it and a snack.

Kate tells Asuta she has lost her plush doll, and somehow she fears she won’t be able to stop now that the world conquest has begun. Asuta tells her she can run away and stop if she wants, after all, someone will replace her role and finish what has begun.

Kate is startled and runs away, Asuta realizes he might said too much and goes after her. Suddenly Plamya, a member of Zvezda, appears asking for Kate. Asuta escapes just to find out another member of Zvezda and a huge monster.

Somehow, he ends up surrounded by military forces. Asuta sees the plush doll described by Kate and grabs it, just to end in a more delicate situation. The military are ready to capture him, but Kate appears and transforms.

Everyone is surprised as Kate finishes the military with a single blow, she is happy and presents Asuta, the new member of Zvezda.

Sekai Seifuku: Bouryaku no Zvezda
(世界征服 ~謀略のズヴィズダー~)
Three manga adaptations will begin serialization from January 2014: one by Manatsu Suzuki and one by Hamao in Ichijinsha’s Comic Rex magazine, and one by Hori in Manga 4koma Palette magazine. The anime series produced by A-1 Pictures and directed by Tensai Okamura began airing on January 11, 2014.
OP
S1. “Be mine!” ~ Maaya Sakamoto
ED
S1. “VisuMania” ~ Aoi Yuuki
WEB