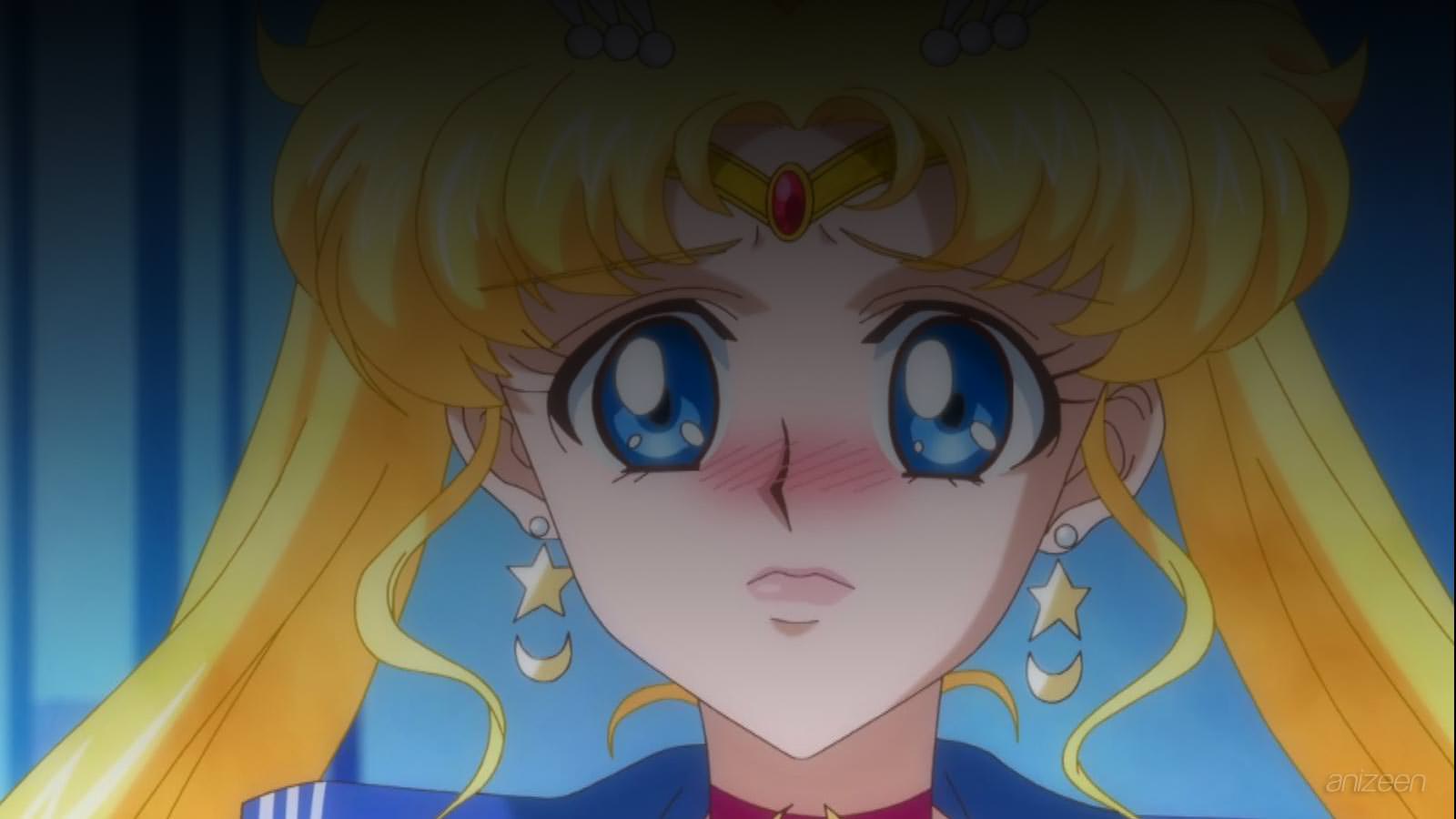 While running to Juban Middle School, Usagi Tsukino briefly encounters a cat with a crescent-shaped bald patch on its forehead after tripping over it.

Elsewhere, a shadowy man creates a woman out of clay and orders her to steal a “Legendary Silver Crystal”. Meanwhile, after Usagi hears from her friends about Sailor V, a masked vigilante who recently thwarted a robbery, she and her friend Naru Osaka decide to visit her mother’s jewelry store, which is undergoing a sudden sale.

After a brief encounter with a man wearing a tuxedo and Motoki Furuhata, the proprietor at the Game Center Crown arcade, Usagi is once again approached by the cat, who reveals that her name is Luna and that she has the ability to speak.

Luna gives Usagi a brooch, allowing her to transform into a Sailor Guardian. After transforming, Usagi hears a plea from Naru, whose mother had been replaced by a monster named Morga who was using the discounted jewelry to drain energy from those who bought them.

Calling herself “Sailor Moon“, Usagi confronts Morga but the monster orders the possessed girls who had bought jewelry from her to attack her.

The Sailor Guardian’s cries of anguish turn into ultrasonic waves and render the possessed girls unconscious. With encouragement from the tuxedo-wearing stranger, Usagi defeats Morga using her Moon Tiara Boomerang.

As Usagi sees off the stranger, who introduces himself as Tuxedo Mask, the shadowy man watches over her actions.